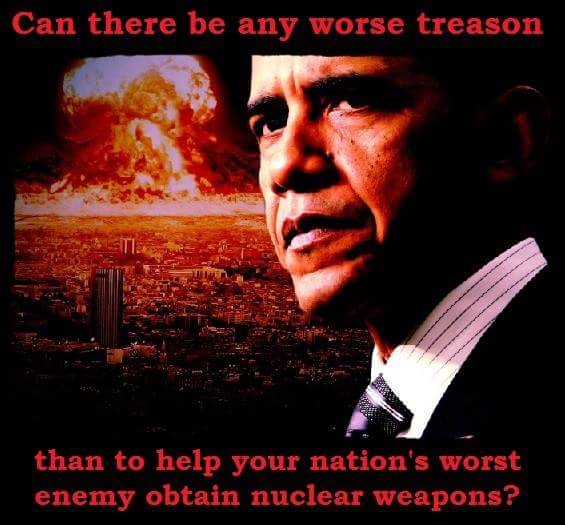 As a nuclear pact with Iran draws near, signed in blood by John Kerry and Barack Obama, Iran’s Supreme leader Ali Khamenei calls for “Death to America” on Saturday. Could it get any more suicidally insane? Obama is urging Iran to seize an ‘historic opportunity‘ for a nuclear deal. One that has death to the Great and Little Satans written all over it. You betcha it’ll be historic… he’s ordering an apocalypse. It doesn’t get much more historic than that. 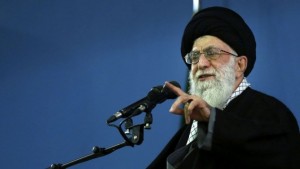 Khamenei whipped up Iranian throngs of Twelvers in Tehran declaring that Iran would not give in to Western demands. Predictably, the crowd started shouting, “Death to America” and the ayatollah proclaimed: “Of course yes, death to America, because America is the original source of this pressure. They insist on putting pressure on our dear people’s economy,” he said, referring to economic sanctions aimed at halting Iran’s nuclear program. “What is their goal? Their goal is to put the people against the system,” he said. “The politics of America is to create insecurity,” he added, referring both to US pressure on Iran and elsewhere in the region. His comments were in contrast with those of Iranian President Hassan Rohani, who said “achieving a deal is possible” by the March 31 target date for a preliminary accord. True double speak from the Iranians. My money is on Khamenei being more forthright in their feelings for the American infidels.

John Kerry proved once again that he was as dense as a box of rocks as he moronically chirped that we have an opportunity to get this right. What? An opportunity to wipe Israel and America off the map once and for all? Is that the opportunity you foresee? It certainly isn’t what you are mouthing… that it will prove to the world once and for all that Iran has no interest in nuclear weapons. Because nothing could be further from the glaring truth and Obama and Kerry know it. I don’t know how the world can think that Iran will get nuclear capabilities and not nuclear weapons that they will relish using. It’s either the most serious case of denial in history or they just can’t face evil. Either way, it is death on a cracker for the West.

Right now, the US and Iran are drafting elements of a deal that commits the Iranians to a 40 percent cut in the number of machines they use to enrich. The Obama administration is seeking a deal that stretches the time Tehran would need to make a nuclear weapon from the present two to three months to at least a year. What difference in the end does that make? None – you still get a nuclear Iran. A genocidal, theocratic regime that believes in Armageddon and in fact, wants to usher it in. They also have no problem lying to infidels, so how can you take their word on anything? Much less whether they will light up the West or not. Fools and much worse are negotiating this farce. Obama is throwing threats around that aren’t meant for Iran – he’s positing whether to launch a military attack on Iran or allow it to reach nuclear weapons capacity if the talks fail. That’s a threat to America. Support an American signed deal with Iran, or we go to war with Iran or let them become a nuclear power without standing in their way at all. He thinks his threat holds water… it doesn’t. War is inevitable with Iran either way. The clock is ticking and Israel will have to act soon. Iran will not voluntarily stop, so someone will have to put them down. It won’t be Obama. 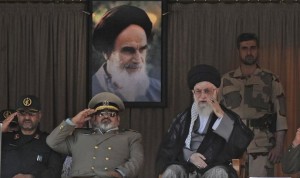 Iran has planned America’s demise for many, many years. American officials have confirmed that Iranian military brass have endorsed a nuclear electromagnetic pulse explosion that would attack the country’s power system. They made this discovery while translating a secret Iranian military handbook, raising new concerns about Tehran’s recent nuclear talks with the administration. That won’t deter Obama one bit though.

The issue of a nuclear EMP attack was raised in the final hours of this week’s elections in Israel when U.S. authority Peter Vincent Pry penned a column for Arutz Sheva warning of Iran’s threat to free nations.

“Iranian military documents describe such a scenario — including a recently translated Iranian military textbook that endorses nuclear EMP attack against the United States,” he wrote.

A knowledgable source said that the textbook discusses an EMP attack on America in 20 different places.

Arizona Republican Rep. Trent Franks, who is leading an effort to protect the U.S. electric grid from an EMP attack, has recently made similar claims based on the document translated by military authorities.

It’s not just Iran… North Korea, China and Russia are stepping up nuclear threats as well. A very likely scenario for an EMP attack is by a ship or ships who could launch missiles off our Eastern Coast or via a satellite. If they were to actually target 20 cities and pull it off, our power grid would go down and millions would die in the aftermath. People don’t have to believe that – it is just a stone cold fact.

One nuclear warhead detonated at high-altitude over the United States would blackout the national electric grid and other life sustaining critical infrastructures for months or years by means of an electromagnetic pulse (EMP). A nationwide blackout lasting one year, according to the Congressional EMP Commission, could cause chaos and starvation that leaves 90 percent of Americans dead.

Thus, Iran with a small number of nuclear missiles can by EMP attack threaten the existence of modernity and be the death knell for Western principles of international law, humanism and freedom. For the first time in history, a failed state like Iran could destroy the most successful societies on Earth and convert an evolving benign world order into world chaos. 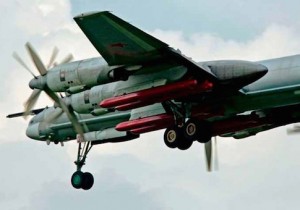 Let’s turn to Russia next. Russia is developing a long-range cruise missile that poses a new threat to the United States, the commander of the US Northern Command warned this week. But don’t worry… a Red Dawn scenario is just absurd. Right.

“Should these trends continue, over time NORAD will face increased risk in our ability to defend North America against Russian cruise missile threats,” he said in prepared testimony to the House Armed Services subcommittee on strategic forces.

A defense official said the missile that concerns the Northcom commander is the Russian KH-101 cruise missile which Russia has developed as a weapon to attack critical infrastructure in the United States, such as the electrical grid.

The comments highlight what defense officials and military analysts say is the growing threat of long-range cruise missiles.

Cruise missiles pose unique threats because they can defeat defenses by flying at low altitudes, avoiding radars, and hiding behind terrain. Some newer cruise missiles have radar-evading stealth features making them even less visible to radar or infrared detectors.

The low-flying missiles also can overwhelm defenses by attacking with multiple missiles coming from different directions and defeating air defenses at their weakest points. They also can fly circuitous routes to reach targets, avoiding radar and air defenses.

Testimony by Gortney and other senior officials at the hearing raised concerns that growing missile capabilities could overwhelm U.S. defenses.

Vice Adm. James Syring, director of the Pentagon’s Missile Defense Agency, testified that North Korea’s missile development, in particular, is a major concern. Syring said because of funding cuts he may have to advise Gortney that “the [missile defense] system is over-matched.”

“The United States of America is on its way to losing its military edge, not just in terms of the ability to project power, but to even defend the homeland,” Rogers said. “This situation is intolerable.”

Gortney, in his testimony, said: “We remain concerned with the development of conventional cruise missiles that could provide near peer adversaries with options to strike the United States without the perceived risk of retaliation of a nuclear exchange.”

American brass are getting very nervous and concerned over these developments. And they should be. Adm. Cecil D. Haney said in testimony to the Senate Armed Services Committee Thursday, “The concept of mating advanced weapon systems with commonplace items—such as surface-to-surface cruise missiles disguised as shipping containers—blurs the line between military and civilian environments and complicates our deterrence calculus.” What is being discussed is the Russian KH-101 missile. It is a 5,000-kilometer [3,106-mile] range conventional cruise missile. The KH-102 is nuclear. The KH-101 is configured for launch on Russian strategic bombers. There have been Russian press reports that a sea-based variant is deployed on Russia’s Severodvinsk-class nuclear attack submarines. 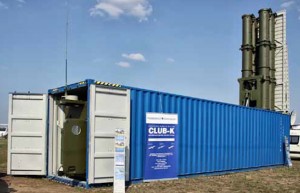 According to NASIC, Russia’s Club-K cruise missile is sold in a “container launcher” that looks like a standard shipping container. The Club-K can launch cruise missiles from cargo ships, trains, or commercial trucks. China also has a new long-range cruise missile called the DH-10 and Iran’s land-attack cruise missile is the 1,242-mile-range Meshkat. Feeling warm and fuzzy yet? Still think war isn’t in the near future?

Finally, let’s have a look at the Hermit Kingdom – North Korea. China has massively upped their financial backing of the NoKos. North Korea has nuclear missiles and is prepared to use them at any time, an envoy for the country said in a recent interview. Now, they’ve been saying this forever, but there are new developments. Right now, they are saying if we attack them, they will strike back. But who really trusts the whack job that is Kim Jung Un? Of course, the US keeps playing this threat down. I wonder how many people believe that anymore? 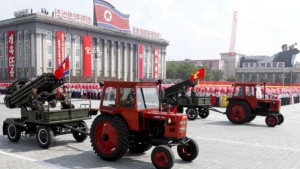 From War is Boring:

North Korea is attempting to put nuclear weapons to sea, according to a longtime regime watcher.

The two revelations may not be directly related.

For one, the vessel might not end up carrying nuclear-capable missiles. But Bermudez’s evidence is highly suggestive. And if the North is planning to put nukes aboard submarines, this would make Kim Jong Un’s atomic arsenal more survivable in case of attack.

According to Bermudez, the submarine appeared to weigh around 900 to 1,500 tons in displacement. The analyst tentatively nicknamed the still-under-construction vessel the Sinpo, and noted a resemblance to former Yugoslavian submarines.

Intriguingly, satellite imagery from July 2014 revealed an empty space near the conning tower. Pyongyang could install one or two vertically-launched missiles in this space. The shipyard also has a nearby test stand for the development of long-range ballistic missiles.

The stand is “the right size and design to be used for the research, development, and testing of the process of ejecting a missile out of a launch tube as well as evaluating its compatibility with submarines and surface combatants,” Bermudez wrote.

That’s probably not a coincidence.

North Korea would most likely use nuclear weapons as a deterrent at present. But what if… what if China, North Korea, Russia and Iran decided the US was vulnerable? Which currently, we are. That ought to keep you up at night, especially with Barack Obama at the military helm. So, while Obama and Kerry work to finalize a nuclear deal with the murderous Mullahs of Iran, a nuclear conflict is on our doorstep and drawing closer every day. This time without a mutually assured destruction clause. That doesn’t work when your enemy is not afraid to die and would welcome the Mahdi ushering in the End of Days.