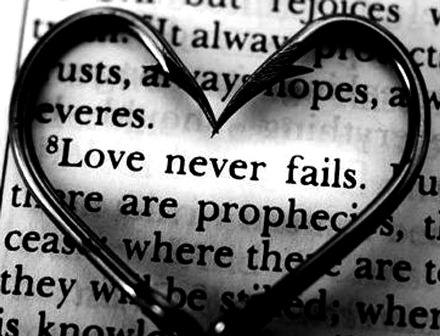 All of a sudden, it is pedal-to-the-metal, full-speed-ahead, no-holds-barred promotion of homosexuality everywhere you turn. It is as if someone said, okay, now is the time to launch our all out assault on traditional principles and values; while crushing all opposition.

I can not even enjoy a non-political Saturday watching do-it-yourself home improvement TV channels without almost every show aggressively promoting homosexuality. Homosexuals are only slightly over 2% of the population. http://bit.ly/1IGFmMf And yet, their representation on TV shows is dramatically disproportionate to their numbers. Clearly, the networks have become political activists promoting the homosexual agenda.

My wife can not watch her bridal gown and pregnancy TV shows without the producers featuring same sex couples. We protest by changing the channel.

What really frosts me and is super scary is the Left’s ever-increasing strong-arm tactics, forcing us to agree with their sin. I thought, good grief, next they will be teaching our kids, “Great Lesbians in History.” Then, I thought, oh my gosh, they are already doing that celebrating Gay Pride Month beginning in elementary school. http://bit.ly/1E4rJzV

Think about that folks. Regardless of your religious beliefs or opinion, the Left has said screw you, we’re teaching your child that homosexuality is a good thing and something they should explore. Period.

Leftists (Democrats) are passing legislation to make it illegal to assist anyone unhappy with their sexual attractions to change. http://bit.ly/1zWo104 Isn’t that outrageous? While portraying themselves as victims who claim to only seek tolerance, Leftists are insidiously working to have their government enforcers arrest pastors, counselors and parents who help their sexually confused kids.

Folks, we are talking Sodom and Gomorrah all over again; homosexuality aggressively forced upon us.

http://bit.ly/1dZjMHm Before you call me crazy, consider this. For 200 years marriage was defined as between one man and one woman. Today, such thinking is considered nutty, extreme and hateful in the mainstream media, numerous political and social circles. Opposing their so-called “mainstream” consensus on this issue will cost you your livelihood and even jail-time. http://bit.ly/1zIila5

My Christian minister dad called me to say that a family member gave him a heads up that my daughter’s wedding pictures are posted on Facebook. My daughter married a woman. She wanted me to attend the wedding. I explained that while I love her and am fond of her partner, my faith does not allow me to bless their union by attending their wedding.

Her mom and I divorced when she was around 7 years old. My daughter and I were estranged until five years ago. I cherish our new found relationship. So, I was happy when my daughter said she loves me and understands my reason for not attending her wedding.

At 87 with over 50 years as a pastor, Dad remains as cool and wise as ever. He adamantly advised me to shower my daughter and her partner with love. Dad said as Christians, love is our greatest weapon.

Now do not get me wrong. Far too many Christians today believe “love” means co-signing sin; passively allowing the Left’s relentless implementation of their anti-God agenda to go unchallenged. That is not what Dad meant, nor is it his definition of “loving them.” He suggests that I behave according to Romans 12:9 “Let love be genuine. Abhor what is evil; hold fast to what is good.”

I will not be manipulated by the Left’s absurd claim that loving parenting means rubber-stamping all of your child’s life choices. When I received my daughter’s wedding invitation in the mail, Dad advised me not to attend and explain why to my daughter. Dad was confident that she would understand.

In response to my daughter’s wedding pictures on Facebook, my millennial nephew and nieces congratulated her. Despite their Christian upbringing, liberal public school indoctrination and mainstream media have shaped their opinions.

Before ending our phone call (I’m in Florida, Dad is in Maryland), Dad instructed me to read Exodus 20: 1-6 and Deuteronomy 5: 1-10. These scriptures promise that if you are faithful and love God, He will bless your family for generations. Praise God. That was Dad’s way of comforting and assuring me that God has everything under control.

I do not pray for God to turn my daughter straight. I pray that she and her partner will come to have a personal relationship with Jesus Christ.

Meanwhile, without approving their lifestyle, I will love them both to death.