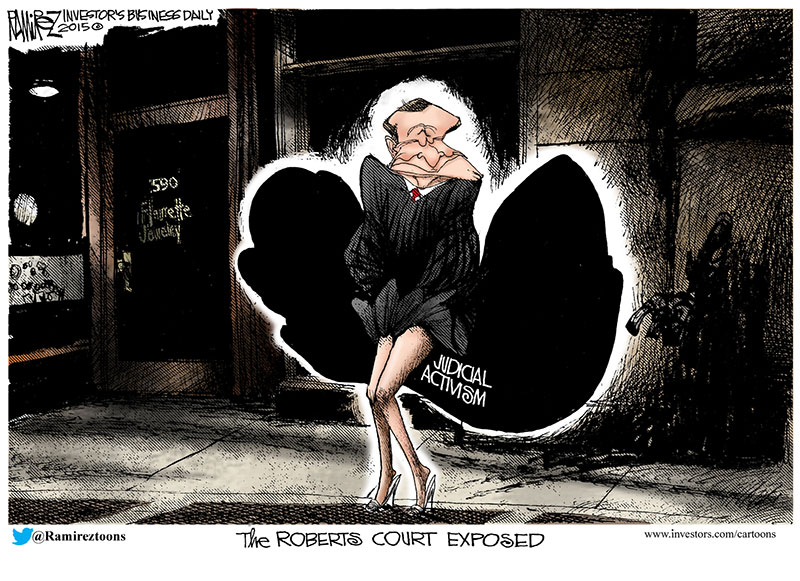 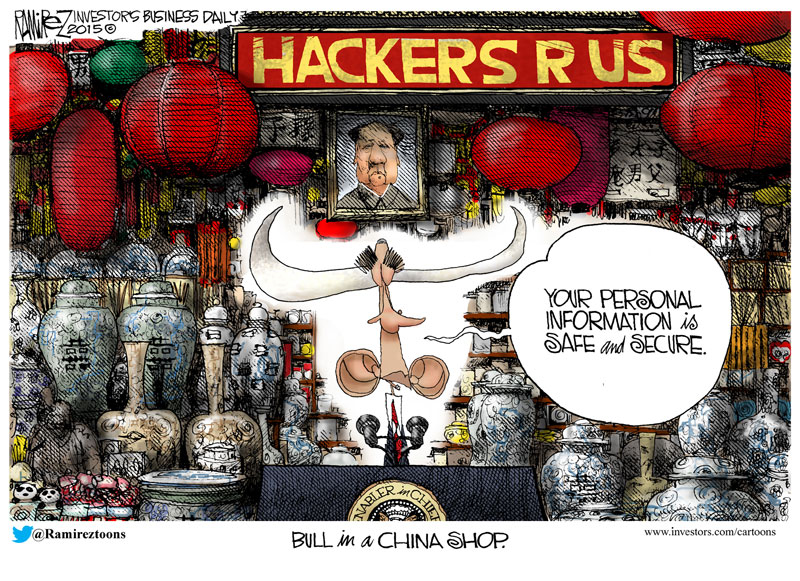 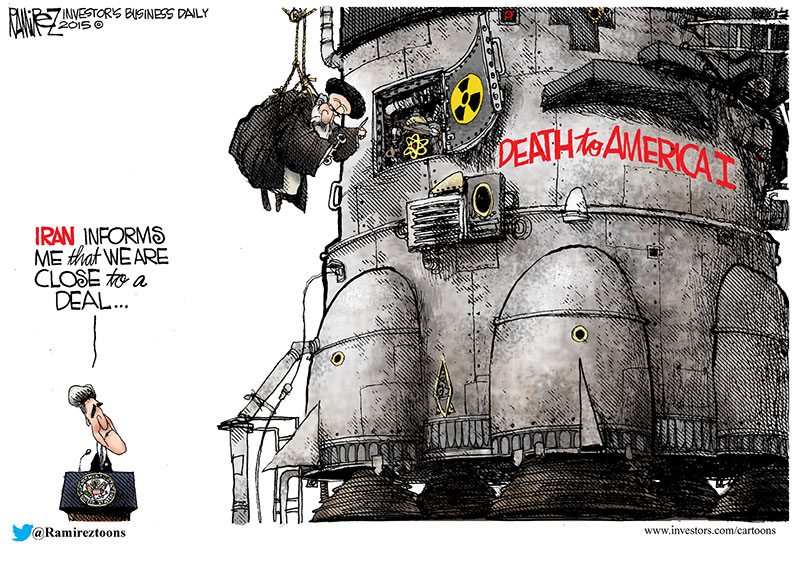 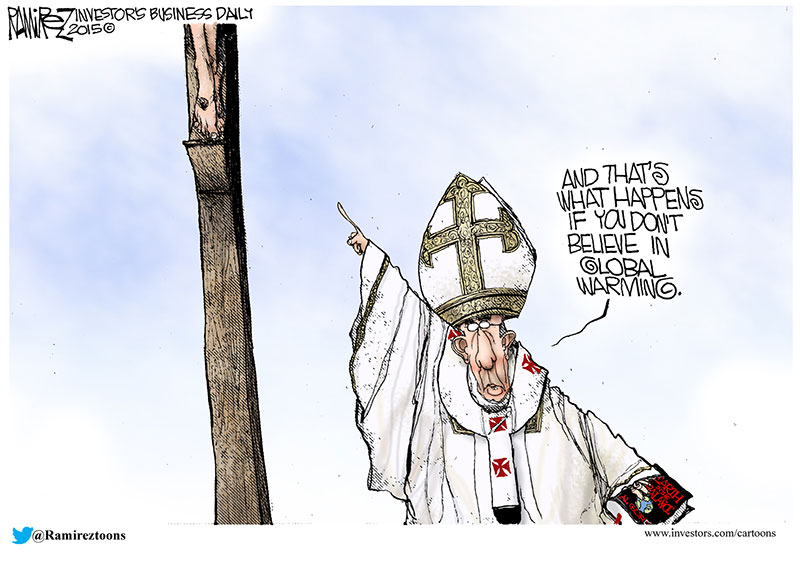 The Council has spoken, the votes have been cast, and the results are in for this week’s Watcher’s Council match up.

A republic, if you can keep it. – Benjamin Frankin

Necessity is the plea for every infringement of human freedom. It is argument of tyrants. It is the creed of slaves. – William Pitt, in the House of Commons November 18, 1783

This week’s winning essay, Joshuapundit’s The Time For Changing Is Now, was my reaction to the Republican leadership’s betrayal of the party’s conservative base to push through ObamaTrade… and my reflection on what this and similar betrayals mean.

The Republican leadership today managed to threaten or bribe enough GOP congressmen to pass something most Americans overwhelmingly did not want passed – ‘Fast Track’ authority, the TPA for President Obama on his top secret trade bill that mostly isn’t one.

The fast track authority for President Obama was originally paired with another bill called the TAA, a bogus welfare crumb for all the American workers whom will lose their jobs thanks to Obama’s secret trade bill. The combination legislation was voted down last week, but the TPA fast track was shoved through on its own and now goes to the Senate.The GOP leadership has promised to put the TAA provision, which expires in September to a separate vote, which the GOP leaders have promised will be nearly simultaneous.

Oh, I’m sure it will be…after the rest of the secret trade bill gets passed. And of course, as RINO Ways and Means Chairman Paul Ryan, the Republican Gruppenführer for Obama’s trade agenda tells us, the peasants like you and I will find out what’s in it when it’s passed, since on a need to know basis, we’re not even on the list. 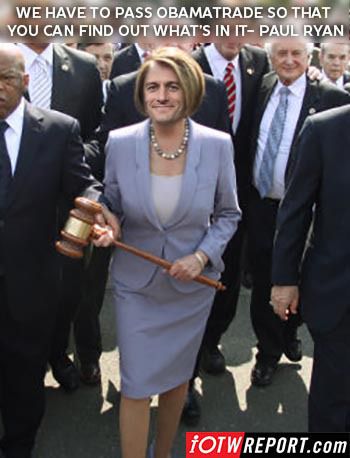 Neither is most of congress, since the administration our president told us would be “the most transparent in history’ is anything but. Only a handful have actually seen it, because it’s locked in a secret room and no one is allowed to take notes or photograph any of it. Based on Wikileaks and a few things Senator Jeff Sessions has said, it’s pretty easy to extrapolate why Barack Obama wants this so bad, and very little of it is actually concerned about trade.

According to the draft provisions,a brand new, unelected international bureaucracy is to be formed, in which America would have the same vote as Qatar. Countries could be barred from trying to control where their citizens’ personal data is held or whether it’s accessible from outside the country.

The Healthcare Annex, according to WikiLeaks, “seeks to regulate state schemes for medicines and medical devices. It forces healthcare authorities to give big pharmaceutical companies more information about national decisions on public access to medicine, and grants corporations greater powers to challenge decisions they perceive as harmful to their interests.”

In other words, congress would no longer have sole authority to over reforming MediCare and of course, ObamaCare. And the FDA would be subject to this international bureaucracy that’s being set up as well.

Immigration is a big part of this too. U.S. laws, what remains of them, would now be subject to this international agreement. It calls for special fast tracking of visas that essentially would turn ICE into a rubber stamp. If this passes, look for thousands of American jobs to be replaced by foreigners at vastly lower wages and benefits as fast as corporate America can process the paperwork. And it allows much easier fast tracking of corporate off shoring of American jobs, putting Americans in competition with workers happy to receive less than a dollar an hour in countries like Vietnam.

Of course, there are also provisions to steal billions of dollars from America’s tax payers in the name of global warming as well, while driving utility costs sky high.

Even more shocking, TPA gives congress no leeway on changing any of this. No amendments are allowed, simply a yes or no vote.

Overall, it’s a great plan to finish bankrupting America’s middle class and subject our sovereignty to the ‘international community.’ No wonder this president wanted it so bad and worked so hard to push it through. None of this was possible without the fast track TPA authority. And a GOP majority House just gave it to him.

Here’s Louie Golmert (R-TX), one of the House’s honest men, trying to stem the tide (H/T The Noisy Room and The Right Planet):

So did Senator Jeff Sessions, who is one of the few congress members who has actually seen the proposed trade bill locked in that secret room:

“It is essential that there be no misunderstanding: fast-track preapproves the formation of not only the unprecedentedly large Trans-Pacific Partnership, but an unlimited number of such agreements over the next six years,” Sessions said. “Those pacts include three of the most ambitious ever contemplated. After TPP comes the Transatlantic Trade and Investment Partnership (TTIP) between the United States and the European Union, followed by the Trade in Services Agreement (TiSA), seeking as one its goals labor mobility among more than 50 nations. Together, these three international compacts encompass three-fourths of the world’s GDP. Including the nations whose membership is being courted for after enactment, the countries involved would encompass nearly 90 percent of global GDP. Yet, through fast-track, Congress will have authorized the President to ink these deals before a page of them has been made public. Then, the Executive sends Congress ‘implementing’ legislation to change U.S. law—legislation which cannot be amended, cannot be filibustered, and will not be subjected to the Constitutional requirement for a two-thirds treaty vote.”

“According to the European Commission, the TiSA agreement—which most House and Senate members did not know about when they voted—will follow in the footsteps of the WTO’s Trade in Services Provisions, which has already inhibited the U.S. from making needed immigration changes,” Sessions said. “The European Commission says the EU ‘wants as many countries as possible to join the agreement.’ We have already seen how the EU has curtailed sovereignty in Europe; we do not want to follow in its footsteps.”

With regard to TPP, Sessions warned that America has “never seen” anything like it before—and that it’ll force the United States into a version of the European Union he calls “a new Pacific Union.”

“This nation has never seen an agreement that compares to the TPP, which forms a new Pacific Union,” Sessions said. “This is far more than a trade agreement, but creates a self-governing and self-perpetuating Commission with extraordinary implications for American workers and American sovereignty. Such a historic international regulatory Commission should never be fast-tracked, and should never be put on a path to passage until every word has been publicly scrutinized, every question answered, and every last power understood by Congress and the American people.”

This is still going to be bounced back and forth between the Senate and the House, but the fix is likely in for this colossal betrayal. We’re being told that this ‘free trade bill’ will benefit American workers. It will not. Actually, it will cost many of them their livelihoods as visas for foreign workers to replace them at cheaper wages are rubber-stamped. One more time – this isn’t primarily a trade agreement at all.

I just heard Senator Rob Portman (R-OH) trying to sell it that way on one of the talk shows, saying we didn’t have trade agreement with Japan, or China, or a number of other countries. Well and good senator. What’s wrong with the normal process of sending diplomats to negotiate them on a per country basis and submitting them to congress for approval as we’ve done in the past?

Or is it just that your corporate donors want it done this way, in stealth and secrecy? Because it isn’t going to benefit the American economy so much as milk it dry for the benefit of the well connected…and of course, their servile toadies in congress.

So once again, we’re faced with outright betrayal. Virtually everything the Republican Party campaigned on in 2010 and especially in 2014 was an outright lie. Instead of being ‘pulled out root and branch’ as Mitch McConnell told voters in 2014 in Kentucky, ObamaCare is being funded by congress and the GOP establishment is already plotting to save it in case the Supreme Court declares it unconstitutional, which it always was.

President Obama’s amnesty of illegal aliens by executive order? In spite of all the rhetoric, that’s being funded too. We essentially have no borders anymore, or any standards whatsoever on whom we let stay here.

Shutting down President Obama’s appointments of radical judges and federal appointees at offices like the FCC? Or his radical new racialist attorney general? Using the nuclear option, the way Harry Reid did to stop over 200 bills the house passed from even going to committee? Nothing. The GOP’s congressional leaders have made sure that President Obama has gotten whatever he wanted.

And forget about congress using the power of the purse to compel the release of documents and the testimony of those involved in major scandals like Benghazi, the IRS targeting political opponents or the Clinton Foundation’s dealings.

I have speculated on these pages that with all the warrentless NSA spying and data collection going on, it’s quite possible this president has something juicy on key Republicans like McConnell and Boehner. Or it may be they’re simply being paid off in one way or another.

In the end, it really doesn’t matter. What does is the realization of this foul betrayal and to look at Tolstoy’s eternal question; what then must we do?

Much more and an update at the link.

In our non-Council category, the winners were Gillespie & Welch at Reason.com’s Hit and Run Blog with How Government Stifled Reason’s Free Speech submitted by Rhymes With Right.

This is an excellent complement to this week’s winning Council essay because it concerns government overreach and tyranny. Do read it.

Here are this week’s full results. Only The Right Planet was unable to vote this week, but was not subject to the usual 2/3 vote penalty for not voting: