The Highway Man has been driving the highways of San Diego for 50 years looking for people who need help.

This is the story of the man who brought Beulah back to life.

When the news media correct themselves, those corrections often remain unacknowledged. This permits a false perception of accuracy. It also allows incorrect, damaging information to be disseminated by news reporters regardless of accountability.

CNN, in particular, has adopted a system which informs its readers that an article has been “updated.” What exactly do those updates entail?

In one case, it appears that updates for CNN may include an after-the-fact correction of a blatant factual error when a clearly posted correction is necessary to inform the public of the changes within. The CNN article, “Donald Trump knocks Joe Biden for plagiarism in law school,” by Tom LoBianco was updated on August 13 at 11:41 a.m., but as of this writing what appears to be an earlier uncorrected version remains on the WMAL website.

“I think I’d match up great. I’m a job producer. I’ve had a great record, I haven’t been involved in plagiarism,” said Trump on Hugh Hewitt’s August 12 radio show. “I think I would match up very well against [Biden].”

The headlines that remain at WMAL, CNN, and WPTZ News Channel 5 are, therefore, deceptive, and falsely give the impression that Biden’s behavior is so far in the past that it merits little further inquiry.

“Republican frontrunner Donald Trump said he would ‘do great’ in a hypothetical matchup with Vice President Joe Biden in part because of the prospective candidate’s plagiarism in law school,” states the WMAL version of LoBianco’s article. “Biden admitted to plagiarizing a law review article while in law school—lifting from writings by British politician Neil Kinnock—and it became an issue that haunted his failed 1988 presidential bid.”

This reporting confuses two separate instances, and downplays the many missteps made by Biden.

Now LoBianco’s article states, “Biden admitted to plagiarizing while in law schoolas well as lifting from writings by British politician Neil Kinnock while on the campaign trail—and it became an issue that haunted his failed 1988 presidential bid.”

According to Slate Magazine, Biden’s plagiarism was pervasive. “What is certain is that Biden didn’t simply borrow the sort of boilerplate that counts as common currency in political discourse—phrases like ‘fighting for working families,’” wroteDavid Greenberg for Slate in 2008. “What he borrowed was Kinnock’s life.”

That was during Biden’s failed 1988 presidential bid. This issue could haunt him again if, as some believe, he decides to run for president in the upcoming election.

“Over the next days, it emerged that Biden had lifted significant portions of speeches from Robert Kennedy and Hubert Humphrey,” wrote Greenberg. “Yet another uncited borrowing came from John F. Kennedy,” he later added.

“If that wasn’t bad enough, Biden admitted the next day that while in law school he had received an F for a course because he had plagiarized five pages from a published article in a term paper that he submitted.”

Greenberg also wrote that Biden falsely claimed that he had three undergraduate degrees when he had only earned one in a double major.

News organizations like CNN must hold their own reporters accountable for publishing accurate facts because they are in the daily business of informing the public. While CNN should receive some credit for updating its news article, it should have done so openly and with a formal correction. It also needs to update its misleading title. Trump said nothing about law school. The plagiarism issue that most people associate with Biden is the one involving Kinnock.

What I see from the mainstream media is often spin, deceit, and the failure to report on important issues. Covering up one’s mistakes instead of acknowledging them is just another way that journalists can skirt accountability. 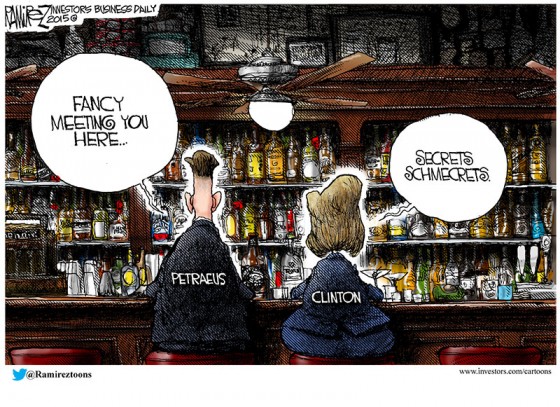 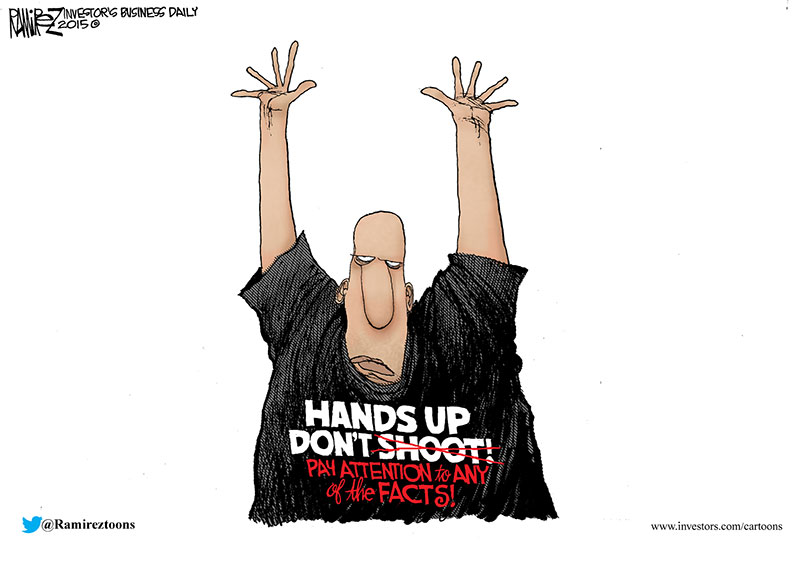 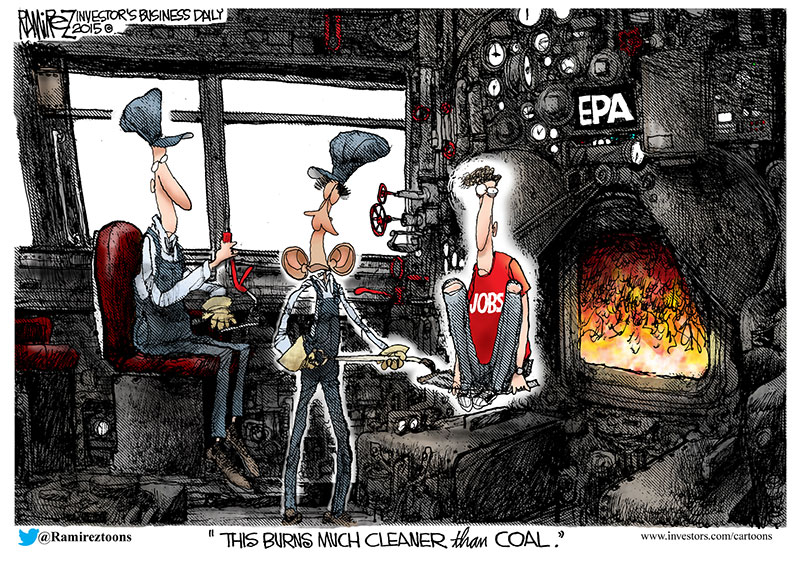 Here’s the smell of the blood still. All the perfumes of Arabia will not sweeten this little hand. Oh, Oh, Oh! – Lady Macbeth in Shakespeare’s Macbeth, Act V, Scene 1

Character is destiny. – Attributed to Greek philosopher Hereclitus, 500 BC

There’s hostility to lying, and there should be. – Bob Woodward

Painful as the task is to describe the dark side of our affairs, it sometimes becomes a matter of indispensable necessity. – George Washington

This week’s winning essay, Joshuapundit’s – #Hillary Lied About Her E-Mails, Broke The Law And What It Really Means, is my take on the scandal concerning Hillary Clinton’s private server during her tenure as Secretary of State, the serious issues actually involved and ultimately, what’s behind the curtain. Here’s a slice:

Once again, Mrs. Clinton has revealed to us that if she tells you the sun is shining, you’d better make sure you have an umbrella handy.

Most polls show that the majority of Americans, for some odd reason consider her untrustworthy and an out and out liar.CNN’s national poll shows that 57% of Americans see her that way, and ABC News and the Wall Street Journal put that number at 52%.

She’s continued to sing the old Right Wing Conspiracy song, and to claim, as she did in an interview with CNN’s servile Diane Keillor, “When I mailed anybody in the government, it would go into the government system,” she said. “Now I didn’t have to turn over anything. I chose to turn over 55,000 pages because I wanted to go above and beyond what was expected of me because I knew the vast majority of everything that was official already was in the State Department system.”

There are enough outright lies in that small paragraph to warrant a serious trial.

Even storing Federal records on a private server is a serious violation of the Federal Records Act for reasons that should be obvious, and a violation of the agreement Mrs. Clinton signed when she started at the State Department. Mrs. Clinton was likewise required to turn over any and all records in her possession to government, which she quite obviously did not do.

Not only did Mrs. Clinton fail to turn over work-related emails, but she and her staff also edited some of those emails before submitting them, as the Examiner’s Sarah Westwood reported.

In legalese, this shows intent. Mrs, Clinton intended to deceive congress.Not only that, but the committee obtained a number of e-mails that were work related and were either edited or somehow missing from the 55,000 Mrs. Clinton turned in:

The missing materials, which the State Department says it does not have, came to Congress by other means. They include writings about the jockeying for oil contracts in Libya after President Obama engaging in a war without congressional approval to overthrow Moammar Gaddafi. This comes among her back-and-forth emails with Sidney Blumenthal, a former staffer who had been barred from employment in the Obama administration, to continue offering his insight and advice on Libya. […]

But the proof of intent to deceive comes in the fact that Clinton or her staff actually edited some of the emails and turned over censored versions to State before destroying her copy of the originals.

I think we can reasonably be certain that cash donations to the Clinton Foundation in exchange for an inside track on oil deals or for Federal contracts involving Libya and other areas were the subject of some of these communications, but what’s already known is damaging enough.

Another, much more serious problem than the usual lies and corruption is the fact that Mrs. Clinton’s private server was almost certainly hacked by foreign agents. Her server lacked the normal security given to classified information within the government’s official system. Professionals who have examined the security of Hillary private e-mail account have said that the question is not whether the account was hacked, but to what degree.

Not only were classified communications almost certainly compromised, but there’s not telling what kind of personal, perhaps even indictable messages might have been scooped up. Imagine a president in the midst of negotiations with a foreign power like China, Russia or Iran suddenly confronted discretely with an ultimatum that unless she made certain far reaching concessions, certain information she desperately didn’t want revealed would be made public.

Federal Law(36 CFR 1234.24) requires agencies to collect all records from “external electronic mail systems” so that they can be stored inside government archives. There’s also a federal law (44 USC 3106) that authorizes legal action through the Attorney General and the Justice Department “for the recovery of records” that are threatened by destruction, deletion or erasure. Willfully destroying a federal record is a felony, punishable by fine and imprisonment. Mrs. Clinton is already guilty of that crime as well by admitting she destroyed her server.

Like I said, a lot of lies in one paragraph.

Mrs. Clinton felt free to destroy her private server and laugh at the subpoenas from congress because she knew that President Obama’s Attorney General and the DOJ were not going to take any action against her, again for obvious reasons. Among them is that there’s no longer a requirement to do so.

To find out why and what’s really behind this go to the link.

In our non-Council category, the winner was Rueben Navarette Jr. with a moving piece, I Don’t Know if I’m Pro-Choice After Planned Parenthood Videos, submitted by The Watcher.

This took courage and some obvious soul searching to write. It’s always a threshold moment when a person realizes that a belief they’ve held for some time might be a grave error.

Here are this week’s full results. Great Satan’s Girlfriend, Ask Marion and Rhymes With Right were unable to vote this week, but none were affected by the normal 2/3 vote penalty for not voting: