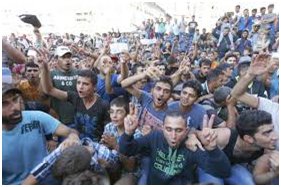 2 thoughts on ““Welcoming” the Third World to Your Neighborhood”