House Majority Leader, and odds on favorite to become the next Speaker of the House, Kevin McCarthy (R-CA), has made such a foolish and incorrect statement about the House Select Committee on Benghazi, that the fallout could keep him from ascending to that position, and do great damage to the investigation.

It occurred on Hannity on the Fox News Channel on Tuesday night. “How am I going to be different (than current Speaker John Boehner)? said McCarthy. “What you’re going to see is a conservative Speaker that takes a conservative Congress that puts a strategy to fight and win. And let me give you one example. Everybody thought Hillary Clinton was unbeatable, right? But we put together a Benghazi special committee. A Select Committee. What are her numbers today? Her numbers are dropping. Why? Because she’s untrustable. But no one would have known any of that had happened had we not fought to make that happen.”

Needless to say, the liberal media and the Democrats have had a field day. This, they say, provides absolute confirmation that the whole Benghazi investigation has been a partisan effort, a “witch hunt,” as Senate Minority Leader Harry Reid (D-NV) called it, to keep Mrs. Clinton from becoming president.

McCarthy attempted to walk it back, but it was too little and too late. The damage was done. The next day, his office issued the following statement: “The Select Committee on Benghazi has always been focused on getting the facts about the attacks on our diplomatic facilities in Libya that led to the death of four Americans. This was the right thing to do and the Committee has worked judiciously and honestly. As a result of that work, there are now numerous investigations being conducted—including the Federal Bureau of Investigation. These inquiries have nothing to do with politics and everything to do with the consequences of what the former Secretary has done and her confusing, conflicting, and demonstrably false responses.”

McCarthy had another chance to walk it back on Fox News’ Special Report on Thursday, but basically stuck to the script, showed no contrition, and acted as if he had not said what he had in fact said. Later in the program, panelist Stephen Hayes said to host Bret Baier, “I think the original statement was stupid, and I think in his attempt to clean it up, he made the matter worse. He didn’t have anything to say to you. He couldn’t defend what he had said. Trey Gowdy has gone out of his way to keep the Benghazi committee from being political, and I think it’s done a darn good job about it. And with that one soundbite Kevin McCarthy stepped on it in a big way that I think will cause other Republicans to take a second look at him.”

Charles Krauthammer weighed in: “Gowdy has spent two years as a prosecutor. Skilled, and very honest, being absolutely scrupulous in the way he’s conducted this hearing. And McCarthy demolished that in 30 seconds. I’m not sure he’s undone the damage.”

The Washington Post published an article online shortly thereafter, which appears on the front page of the Friday edition of the paper, titled McCarthy’s comments on Benghazi probe may be a political gift to Clinton. The article, by Philip Rucker and Robert Costa, argues, probably correctly, that this has completely changed the dynamics of the scheduled appearance on October 22 by Hillary Clinton before the House Select Committee on Benghazi. Now she can play the role of victim of a supposed political witch-hunt.

But the article also claimed that in that interview with Bret Baier, McCarthy had said “that he had apologized to Gowdy and regrets his comments.” However, he never said either of those things.

When asked by Bret Baier if he had apologized to Gowdy, McCarthy said, “I talked to Trey and I told him I regret that this has ever taken place.” Given chance after chance, he never said he regretted his comments. He said he never meant to imply what he actually, clearly implied, which was that this was part of a “strategy” to get her “numbers” to drop.

Following a series of rather uneventful hearings on Benghazi, other than Hillary’s line, “What difference, at this point, does it make?” plus the stacked-deck hearing by the “independent” Accountability Review Board, we at Accuracy in Media (AIM) decided to do something about it. In July of 2013, we formed the Citizens’ Commission on Benghazi (CCB), with a group of top retired military leaders, former CIA officers, and congressmen, including the former chairman of the House Intelligence Committee, Pete Hoekstra, with the purpose of doing our own independent investigation in an attempt to reveal the truth about what happened—before, during and after the terrorist attacks in Benghazi on September 11 and 12, 2012—and hold people accountable. We have made much progress, and are still at it.

We started off with an all-day conference in September 2013, which can be viewedhere. Leading off the conference was Rep. Frank Wolf (R-VA), who already had a House bill with approximately 185 Republican House members as co-sponsors, calling for a Select Committee on Benghazi. The advantage of a Select Committee is that it brings all facets of the investigation under one roof, rather than being divided up between various committees, each with a limited scope and purview. Plus, a Select Committee isn’t limited by the normal rules, in which each questioner has only five minutes, which can easily be eaten up by a single answer. Wolf was the real driving force in Congress behind the formation of a Select Committee. You can watch or read his comments here. It had nothing to do with driving down Hillary Clinton’s poll numbers.

As a matter of fact, the GOP House leadership resisted the formation of such a committee. Speaker Boehner (R-OH) wouldn’t budge, until May 2, 2014, eight months later. The timing was interesting. It was about a week after we issued ourInterim Report, but the final straw came from Judicial Watch, which had led the way on extracting documents through Freedom of Information, about Benghazi. They obtained and revealed a document—an email—that showed how the information about the known nature of the attack was politicized so the Obama administration could send then-U.N. Ambassador Susan Rice out on five Sunday talk shows to mislead the public about the circumstances surrounding the attack. The Washington Post reported that the email “clearly showed a White House top priority was to shield Obama from criticism less than two months before voters decided whether to give him a second term.” Speaker Boehner then caved, and agreed to appoint a Select Committee. To our delight, he named Rep. Trey Gowdy (R-SC) as chairman of the committee.

This was no “strategy” concocted by Speaker Boehner and the GOP House leadership, which included McCarthy, to knock down Hillary Clinton. It was instead a very reluctant concession that could no longer be denied.

My belief is that McCarthy didn’t mean to suggest that this was a strategy, but rather that it was merely a result of the investigation. But the fact that he so misrepresented what happened and why, and in such an ineloquent way, in my view should disqualify him from being the next Speaker.

Hillary Clinton told MSNBC’s Al Sharpton in an interview taped for his new show, which will air this Sunday, that she is “deeply distressed,” by McCarthy’s comments, and that it “demonstrates unequivocally that this was always meant to be a partisan political exercise.” But in reality she is joyful. Finally she has all of her media pals able to change the narrative from her email scandals—which we’ve written extensively about—which is in fact a national security scandal. It involves the mishandling of classified information, and exposing our secrets to amateur and professional hackers throughout the world, making her subject to blackmail, were she ever to accede to the White House.

Bloomberg Politics reporter John Heilemann was on MSNBC’s Morning Joe on Thursday, and was laughing at Hillary’s claim to being “distressed,” saying, “To be clear, the reason that I laughed was not, was because she’s saying she’s deeply dismayed when that’s, she’s, this is like the best possible news, like a birthday present and a Christmas present all wrapped up in one and dropped in her lap. So when she’s saying. ‘I’m deeply distressed and dismayed,’ in fact she’s skipping through the park, inside. That’s what I found funny.” In other words, more disingenuousness from Mrs. Clinton. But who can blame her?

Chris Matthews had a panel discussion about it on his MSNBC Hardball show that same day in which they referred to McCarthy’s statement as a gaffe, meaning that he inadvertently told the truth, and they all had a big laugh. Rachel Maddow and Salon had a great time with McCarthy’s comment, also claiming that it proved what the Republicans were up to all along. Joy Reid, on Matthews’ panel, said that none of the investigations “have found any wrongdoing.” As we’ve argued for a long time, there are plenty of smoking guns, and loads of wrongdoing already on the record, even if nothing else turns up.

Clearly the media double standard is at work here. WMAL radio host Chris Plante, who earlier this year received the Reed Irvine Award for Excellence in Journalism from AIM, reminded us during a two-hour discussion on McCarthy’s comments, of the time that Senator Harry Reid said on the floor of the Senate during the 2012 presidential race that he had heard that Republican candidate Mitt Romney hadn’t paid taxes for 10 years. He said that Romney should prove otherwise if it wasn’t true. Well, it wasn’t true, and when confronted about that by CNN’s Dana Bash, who asked Reid if he regretted that statement, he replied, no, adding that “Romney didn’t win, did he?”

Now that was a strategy to change an election.

Pour the coffee and join us this morning! 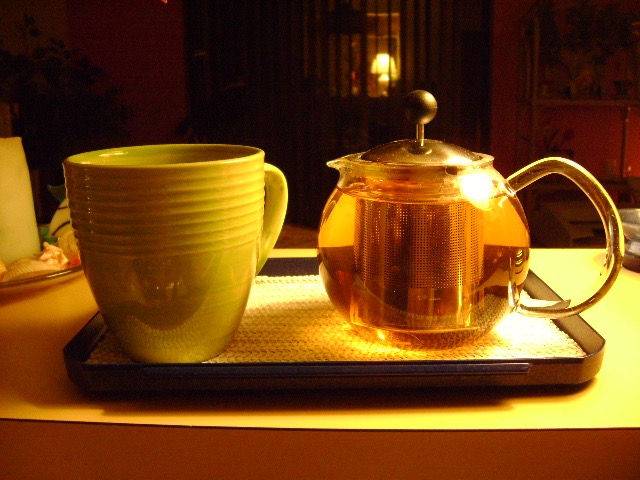 • Events in the Middle East
• Putin’s warplanes in Syria
• The Oregon shooting. What it says about leftist academia culture
• The economy and jobs report