“It’s our dream that there should be a caliphate not only in Syria but in all the world, and we will have it soon, God willing.” – ISIS fighter explaining how terrorists are being smuggled in with refugees to Western Countries – via Buzzfeed

During a stunning exchange between Rep. Louie Gohmert (TX-01) and FBI Director James Comey during a House Judiciary Hearing this week, Comey revealed that there is little hope of weeding out terrorists from the influx of refugees from war-torn areas of the Middle East.

Gohmert asked Comey how the federal government could tell who is a terrorist and who is not out of the “massive amount of refugees the Obama Administration is allowing in the United States,” as described on YouTube.

Notably, Gohmert also referred to a U.N. report from September which claimed that 72% of the refugees were men and many are military age.

As an aside, the same United Nations report previously stated 75% of refugees are men and the same report is now down to 65%.

As reported by Chuck Ross at the Daily Caller, a similar exchange took place between Comey and Mississippi Democrat Rep. Bennie Thompson during the same hearing. Thompson noted that “a lot of us are concerned about whether you have enough information available to you to do an accurate vetting.”

Comey responded, “You can only query what you’ve collected.”

Despite the clear hazards to Americans, some believe that Americans are to blame for the communist-led Arab Spring, which led to the massive power vacuums currently being filled by radical Islamists – hence the refugee crisis today. The mentality is reminiscent of the belief Americans deserved 9/11/2001 – that terrorists who attacked the twin towers were validated based on evil American policies.

Consider the mentality displayed in all of it’s ignorant glory at today’s Indystar:

“Looking at U.S. involvement in the Middle East since 2003, we must realize that the American government’s actions have led to this avalanche of refugees.”

This author strongly suspects that the “refugees” did not spontaneously leap from their countries (only 20% are from Syria) but are also being led by “activists.”

The refugee crisis is as man-made as California’s drought. The goal, this author opines, is to get rid of pesky individualism once and for all by setting up a situation where people will be forced to turn to the government for help.

Regardless of the drivers, the situation needs to be addressed urgently and quickly. Consider the words of Nicolai Sennels of Denmark:

“Europe is famous for our open and tolerant culture, where we willingly pay a very high share of our income in taxes in order to maintain the weak and needy in a social safety net. But today most Europeans are experiencing just how Islamic immigrants and refugees are changing and challenging our way of life, in so many ways. Our children and youths are confronted by it in schools, on the street, and in discotheques. We all read the news daily about the increased violence, rape, and jihadist terror on our streets, while our welfare system and economic competitiveness are being eroded. The faces of our cities and societies are changing and becoming less and less recognizable for the indigenous Europeans.”

Watch the exchange with Rep. Gohmert here (start at around the 4:24 minute mark): 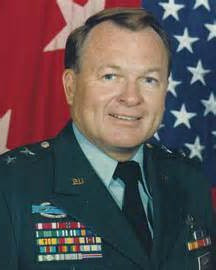 This week’s topics include:

— The implications of the Canadian election of Justin Trudeau, and the involvement of the Obama gang

— Special interview with Major General Paul E. Vallely (Ret.) on threats to national security and the state of the armed forces