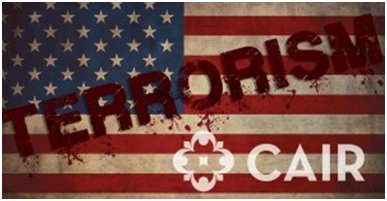 regarding another Lawfare loss by the Council on American Islam Relations (CAIR). This time a Federal Court granted the AFLC’s Motion to Dismiss CAIR’s law suit against a Florida gun shop’s declaration of its premises as a “Muslim Free Zone”.

“This dismissal was yet another AFLC victory against CAIR and its jihadi lawfare against patriotic Americans across the country.  This victory follows on the heels of a recent victory against CAIR in a Michigan federal court where CAIR’s subpoenas were quashed and CAIR’s nefarious client sanctioned for abusive practices.  CAIR was born from a jihadi terrorist conspiracy, and it has done little to distance itself from those bona fides.  CAIR is on notice: if you attempt to use the courts to conduct your civilizational jihad, AFLC will be there to defend law-abiding, patriotic Americans and our nation’s national security.  We will match and defeat your civilization jihad with our constitutional lawfare in every courtroom across the nation.”