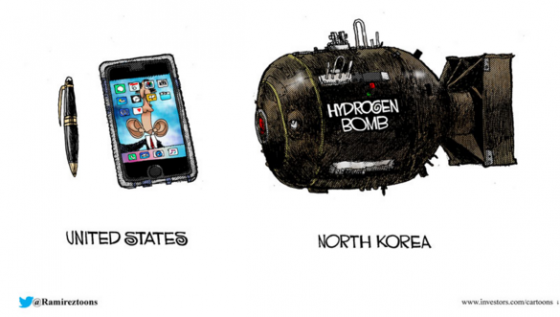 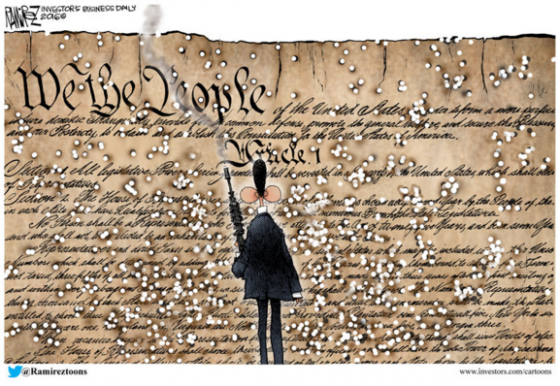 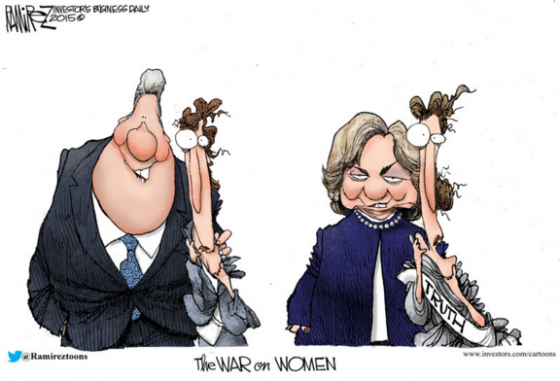 What country can preserve its liberties if their rulers are not warned from time to time that their people preserve the spirit of resistance. Let them take arms. – Thomas Jefferson, letter to James Madison, January 30, 1787

I have a very strict gun control policy: if there’s a gun around, I want to be in control of it. – Clint Eastwood

A woman who demands further gun control legislation is like a chicken who roots for Colonel Sanders. – Larry Elder

And they are ignorant that the purpose of the sword is to save every man from slavery. – Marcus Annaeus Lucanus, Pharsalia: The Civil War

This week’s winning essay, Joshuapundit’s Obama’s Gun Diktat – The Devil In The Details, is my take on what’s really behind President Obama’s new, unconstitutional diktat for what he calls ‘commonsense gun control’ – and why it’s a lot more far reaching and dangerous to our liberty than he’d like us to realize. Here’s a slice: 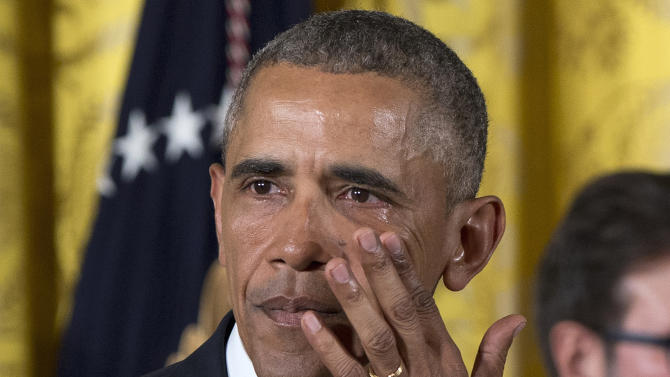 President Barack Hussein Obama has followed through on his promise to ‘go after guns’ via executive order and it was really quite a show. I especially liked the part where he started weeping crocodile tears over schoolchildren gunned down in Newtown, Connecticut in 2012.

“First graders in Newtown. First graders,” Obama said, pausing to collect himself. “Every time I think about those kids, it gets me mad.”

This concern for children from a man who fought tooth and nail for infanticide?  So touching.

At first glance, the president’s diktat on guns seems reasonable. Prog fascists are very good at that, and of course, the president was quick to use the usual progressive talking point  that everyone knows this is the right thing to do. Or to use his exact words, there’s what he called ‘a broad consensus’ supporting this, but those mean nasty Republicans in Congress just won’t act, so he has to.

The president admitted that his plan wouldn’t have stopped what happened in San Bernardino, but he feels this has to be done anyway, in order to ‘make if harder for criminals to get guns.’

I wish all the victims of the murders attributed to the President’s own efforts to put guns in the hands of criminals via Fast and Furious had been in the room, looking right at him when he said that. Now, their reaction would have been must see TV.

Before we discuss what the president has in mind, let’s get something out in the open. Prog fascists aren’t interested in getting guns out of the hands of criminals. They want confiscation of guns from the law abiding, because that’s the route to the absolute power they revel in. There’s nothing the president is proposing that’s going to get guns out of the hands of criminals, but it will make a lot of law abiding citizens helpless before them.

When you deal with a Barack Obama and those of his ilk, you have to realize that they play the long game. First, they propose something that sounds relatively reasonable, like say, ObamaCare where if you liked your plan, you could keep your plan…and just think of the savings and how cheap the premiums will be! Months later when the peons wake up down the road and realize how they’ve been lied to and screwed over, it’s too late to get rid of it without a major effort.

Please keep this in mind as we continue our discussion…Obama’s agenda never changes. When it comes to our pathological liar of a president, whatever he and his dutiful minions might say to grease something through has nothing to do with how it’s eventually applied. And the ultimate destination remains the same. In this case, it’s gun confiscation.

So with that said, let’s look at President Obama’s new diktat on guns. And remember, he’s tried to get this sort of thing through congress twice before and both times it has failed by bi-partisan majorities.

The first thing he wants is to promulgate that wonderful lefty myth, ‘the gun show loophole.’ The truth, as anyone who’s ever been to one can tell you is that it doesn’t exist.

If you go to a gun show, what you will see is licensed dealers,, because the people whom put on these things aren’t looking to go to jail for aiding and abetting illegal weapons transaction. If you see something on one of the dealer’s tables you like, they still are required to do a background check, the same as if you were in a brick and mortar store. All the laws, restrictions, waiting periods etc. all still apply. Also, as a licensed dealer in every state of the union you’re restricted to either selling guns at the registered address of your store or at an organized, licensed gun show. You can sell guns online out of state, but they must be legal in your buyer’s home state and they must be shipped to a licensed dealer in your buyer’s home state, where once again a background check has to be done and a waiting period imposed in accordance with the laws of the purchaser’s home state. Doing it any other way is a felony offense and not something a licensed gun dealer is going to risk prison and the loss of his livelihood for.

So the president talking about closing this fairy tale ‘loophole’ this means very little in and of itself and it certainly won’t keep guns out of the hands of criminals, but it fits in with the rest of the president’s agenda when it comes to convincing people who aren’t even aware of which end of a firearm points where that this is somehow necessary and important.

The next thing he wants, and the heart of his plan is to hire a lot more ATF and FBI agents to provide scrutiny on things like enhanced background checks. But remember two things; first of all, they work for President Obama and are going to do what he tells them to do – just like the IRS. And second, criminals don’t obtain firearms using methods where a background check is required. In the case of San Bernardino, the two killers and the friend that purchased additional firearms and explosives for them had no criminal record. And in the Newtown shooting, Adam Lanza likewise had no record, and got his weaponry by murdering his own mother in her bed. Not only that, but as I’ve pointed out before, the only reason any children died is because a school employee violated lock down procedure and let him in.

So if gun confiscation is the ultimate aim, criminals aren’t really a very productive target. To really confiscate as many guns as possible, you have to go after the law abiding and somehow transform them into people who shouldn’t be allowed to own firearms to defend themselves. And the best way is to work the ‘mental health’ and the enhanced background check angles, the really devious parts of Obama’s plan.

Doctor-patient confidentiality? Faggedabboudit. Health and Human services rules have now been changed to put the onus on physicians to report anything you tell them that seems even slightly amiss to the FBI or the ATF. And what doctor is going to take the risk of potential liability by not doing so? No matter how minor or what the cause is, just a report from your physician that you seemed slightly depressed or not your usual self can ultimately be used to confiscate any guns you own.

And you can trust states ruled by ‘progressives’ to take this even further. California just put a law into effect requiring physicians to ask patients if they own guns, which guns they posses and where they keep them. Failure to answer alone is grounds for the doctor to report this to the FBI or the ATF, and a doctor can even order your guns seized by court order if he really wants to cooperate with the State. After all, if he doesn’t and something happens…do I need to draw you a picture? We could even be talking about criminal liability here, or forfeiting a license to practice. Fear of government is the meat prog fascists thrive on.

VA will also be a fertile grounds for this. Veterans, after all, can all be labeled victims of PTSD, mental stress, maladjustment to peacetime society, call it what you want. The psycho veteran beloved of Hollywood scriptwriters has become a cliche these days. And these are men and women who likely own firearms and have been trained to use them. You can expect them to be heavily targeted for confiscation by the Regime.

What about victims of lawfare? A spurned girl friend can accuse a man of sexual assault, claim he threatened her and/or file a police report with no proof at all except her word. Thanks to VAWA, a woman can even have a man locked up with no real evidence at all, or say that self inflicted bruises were the result of assault or domestic abuse. Any family law attorney or criminal lawyer will tell you that this sort of thing happens with disturbing frequency nowadays. That’s especially true when it comes to divorce cases, particularly where child custody is involved. And even if its proven that the accusation is totally unfounded, it remains on the record. Goodbye Second Amendment rights!

In our non-Council category, the winner was Daniel Greenfield with Nimr al-Nimr, The Non-Violently Violent Ayatollah, submitted by The Noisy Room. It’s a nice look at who the Shi’ite cleric the Saudis just beheaded was.