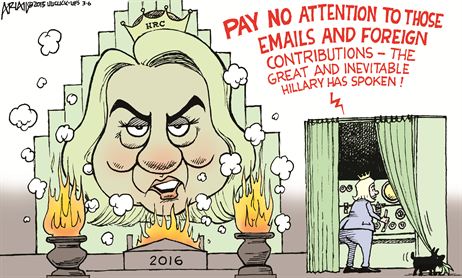 And they wonder why we’re angry…

END_OF_DOCUMENT_TOKEN_TO_BE_REPLACED

Another gruesome black-on-white murder is coming to the public’s attention. The case involves a habitual offender by the name of Quinton Verdell Tellis, 27, who was charged with capital murder in the death of 19-year-old Jessica Chambers. She had been found along a road on December 6, 2014. Her vehicle had been set on fire and she had suffered burns over 98 percent of her body. Chambers died hours later at a hospital in Memphis, Tennessee.

On the same day the arrest of this young black criminal was announced, Hillary Clinton was criticized by a Black Lives Matter (BLM) protester for using the term “super predators” to describe young black criminals. Mrs. Clinton treated the activist with great respect, since she is pandering for black votes—including from the criminal element—in the Democratic presidential campaign.

In his AIM special report, “Reds Exploiting Blacks: The Roots of Black Lives Matter,” investigative journalist James Simpson notes that BLM has communist roots and appears to be “exercising considerable leverage over the Democratic Party, in part by pressuring and intimidating Democratic candidates such as Hillary Clinton and Bernie Sanders (VT) into embracing their cause.”

END_OF_DOCUMENT_TOKEN_TO_BE_REPLACED Yuuuuuuuuuuge thankyou to our friends in Iowa, Texas, Oklahoma and Alaska, and patriots all over the country who have helped to keep the Cruz dream alive.

It’s increasingly a two horse race now. And when the voters see Ted Cruz and Donald Trump man to man, it will become very obvious who is best equipped to lead this country through the coming turmoil and on to to its greatest days.

I’m proud to have met so many of you over the last few years. What an incredibly exciting time to live in America.