By: T.F. Stern | The Moral Liberal

This morning we were treated to a special Stake Conference presided over by Elder Dallin H. Oaks, Quorum of the Twelve, the Church of Jesus Christ of Latter Day Saints.  I should point out that the meeting was held at the Hafer Road building which can accommodate about 900 people, give or take.  A friend of ours got a call letting him know the building was completely full at 8:00 am for a meeting scheduled for 10:00 am.

The local church leadership had planned for a large turnout by having a secondary location, the Louetta Chapel as an overflow facility where the conference was to receive live broadcast via an internet connection.   Lucy and I are only a few minutes away from the Louetta building and were more than happy to comfortably enjoy the proceedings sitting on the soft cushioned pews instead of the folding metal chairs had we attended at the Hafer building.

We got there early and I was able to help with some of the set up for the broadcast.  The IT specialist showed a couple of us how to assemble a large folding projection screen and position it behind the podium.

My hearing isn’t all that great so I struggled as the messages were delivered; but I wasn’t alone, for some reason they couldn’t get the volume levels very high…, oh well.   Our Stake Presidency gave talks on basic gospel principles; sure wish they could have made it a little louder…

Elder Oaks didn’t have a prepared message; instead remarking on what each previous speaker had offered and adding his own thoughts along the way; having a General Authority’s insight applied to gospel principles is always gratifying.

At one point he asked how many in attendance had recently been given a new calling; about one fourth present raised their hands.  He then pointed to a young man, perhaps 8 – 10 years old sitting in the third row and had him come to the podium to help with a visual lesson.   Can you imagine how it must have felt to be singled out in front of everyone; but he was up to the task and awkwardly made his way forward.

Upon shaking hands Elder Oaks escorted the young man off to one side of the podium where he could be seen easily by everyone.  Elder Oaks then took off his jacket and placed it on the young man, the size difference was considerable to say the least as the edge of the jacket nearly touched the ground.

Elder Oaks then explained how many folks feel intimidated or overwhelmed by the challenges of a new church calling; but by applying our efforts along with giving ourselves enough time we’re able to grow into the calling.

As he spoke I felt tears welling up in the corners of my eyes; Elder Oaks had awakened an old memory, one from when I’d been a new member of the Church.  It was Déjà vu all over again; isn’t that the way Yogi Berra said it?

It was to have been my first opportunity to speak; what used to be referred to as a “Two and a Half Minute Talk”.   I can’t recall what my assigned topic was; only that I felt less than adequate, my being asked to address folks who’d been attending church for many years.  What could I tell them that they hadn’t heard before?

I remember reading scriptures and taking notes all week prior to the assignment; never feeling comfortable with what I’d written down in my notes.   Sunday morning I was up early putting together my thoughts when my two years old daughter came shuffling into the den area of the house wearing one of my police uniform shirts.

The shirt dragged along the floor covering her feet as a huge smile beamed from her innocent face.  Wearing her Dad’s police shirt with the PD’s and badge in place made her happy; didn’t do me any harm either.   Instantly I tossed all the notes taken during the week as inspiration, guided by the Spirit, showed me what I was to talk about later that day.

I knew I had a lot of growing to do as a new member of the Church, much as my daughter wearing that police shirt, there was plenty of room and it wasn’t going to happen over night. 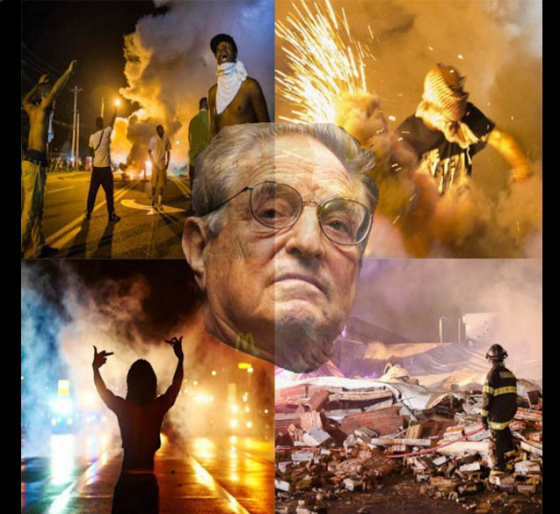 END_OF_DOCUMENT_TOKEN_TO_BE_REPLACED

In the aftermath of the violent 5000-person protest that caused GOP Presidential candidate Donald Trump to cancel his March 11th campaign appearance on the campus of the University of Illinois, Steff Yorek, the political secretary of the radical Maoist Freedom Road Socialist Organization – FightBack!, urged communists all over the country to follow Chicago’s example.

As previously reported at TrevorLoudon.com, radical left-wing activists have been targeting Trump rallies.

“We need two, three, many Chicagos,” said Yorek. “Trump is an open advocate of racism and national chauvinism. Forcing Trump to chicken out of his Chicago campaign appearance was a real victory. Chicago protesters of all nationalities sent a message to the world, that here in the U.S. there is widespread and militant opposition to his reactionary agenda.” Minnesota-based Yorek made national news September 24, 2010, when the F.B.I. raided the homes of twelve Freedom Roaders and supporters, looking for links to foreign terrorist organizations, mainly in Latin America and the Middle East.

Steff Yorek was one of those whose home was raided. She has been active in the “movements for peace and justice” since she became involved in protests against the Persian Gulf War in 1991 as a student.

It is important to expose the several communist groups now coalescing to seriously disrupt the Republican Presidential campaign, whoever is the front-runner.