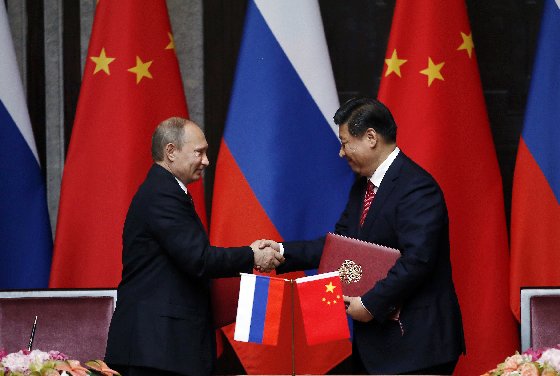 Every week on Monday, the Council and our invited guests weigh in at the Watcher’s Forum with short takes on a major issue of the day, the culture or daily living. This week’s question: China And Russia – Enemies or Potential Partners?

The Razor: Neither of these nations are America’s natural enemies, but it doesn’t matter what we think. What matters is what they think, and they both perceive us as their enemies so we would be foolish not to respond accordingly. And that’s what we’ve been for the past dozen years or so, responding foolishly.

The problem with our response is that it confuses Beijing and Moscow. They see us as an enemy in zero-sum terms, so perceive our statements as indicating weakness. This has emboldened them to expand, Russia in Eastern Europe and China in the south China Sea. The more they expand the more we talk and the less we act. They therefore perceive this as further weakness.

Eventually the are going to push too far and cross a line where the US will have no choice but to act. For Russia that may be against Poland or possibly one of the Baltic states, and in China it could be against Taiwan or through supporting North Korea. From their perspective our action will be unexpected, which is why it is important that we respond in kind with each and every move they make. We must speak their language and ratchet up the actions each time they press us in order to prevent them from overplaying their hands. It’s a form of real-politic that the ancient Roman emperors would understand (or their descendants the Italian mafia), but that the geniuses at Foggy Bottom have missed in their diversity training.