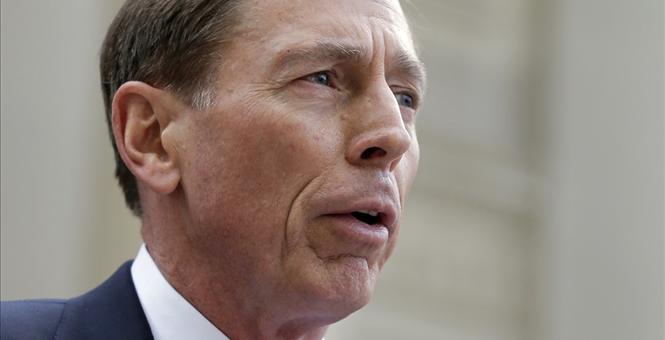 To be clear, the doctrine of Shariah is not espoused by all Muslims. However, as pointed out by Andrew Bostom in his 15 March 2016 article in PJ Media, Shariah supremacism with its hateful bellicosity and bigotry remains regrettably the predominant mindset of the world’s Muslims. He states, based on the latest available information, that 77% of Muslims from the five largest Sunni Muslim populations and 83% of Shiite Iranians want Shariah as the law of the land. Furthermore, 91% of liberated Iraqis and 90% of Afghan Muslims support Shariah as well. So much for Muslim help!

Worse yet, Petraeus not so subtly actually attacked our First Amendment rights when he expressed his concern over the current political dialogue that highlights the threat from Muslims and Islam. This was unconscionable! He has fallen into the trap of “Don’t criticize or take a position that might offend” the seventh century sensibilities of the followers of Islam. Perhaps he forgot that one of the reasons our military is fighting against the threat is to protect our Constitution and our way of life.

By his comments, Petraeus is in effect is supporting the global campaign to impose Islamic blasphemy law on all non-Muslim societies. This campaign is led by the 57-member Organization of Islamic Cooperation and, regrettably, has been supported by our last Secretary of State, Hillary Clinton.

Nonetheless, he believes such statements that accurately describe the threat undermine our ability to defeat “Islamist extremists by alienating and undermining the Muslims we need to help us to win.” Of course, his view is based on his experience in Anbar province. He succeeded in rolling back AQI in Iraq because he bought the Anbar Sheikhs with pallets of shrink-wrapped U.S. dollars. Aside from the money, Sunni tribes were tired of assassinations and atrocities led by Baghdad’s Shiite government and AQI.

When President George W. Bush conducted the invasion of Iraq in 2003, he destroyed the Sunni-Shiite balance of power by decimating Saddam Hussein’s Sunni Army. The Iraqi Army was disbanded, a tragic mistake, because it provided a trained military to al-Qaeda in Iraq which eventually morphed into the Islamic State. Compounding this problem, the U.S. State Department wrote a new constitution for Iraq that made Shariah the law of the land under a Shiite government, a move which was a sure-fire recipe for a civil war that continues to this day.

It must be understood, Muslims fight to defend their own family, tribe, clan and of course, Islam—not because they think the Islamic State is somehow “not Islamic” or has hijacked their faith. Likewise, Sunni governments will use asymmetric warfare by underwriting influence operations through their many international organizations, including the migration of Shariah-compliant Muslims to non-Muslim countries. At the same time, they allied with us to protect their ruling families and interests by basing our forces in their countries.

The next president must combat the current threat by planning strategically about what’s best for our long term interests and objectives. Clearly, Iran with its apocalyptic “Twelver” mindset must be prevented from becoming the regional nuclear-armed hegemon.

What we are seeing in the Middle East region is the traditional Sunni-Shia sectarian fight that has gone on for over a thousand years. We must address the IS threat in a way that restores the Sunni-Shia balance in the region while not advancing Iran’s objectives. However, we should not expend one more American life to sustain the regimes in Baghdad and Damascus. They are puppet governments under Iran’s control. If Iran wants to keep them in power, let Iran expand its resources.

We should focus our efforts on enhancing the security of our principal ally in the region, Israel, as well as the Kurds. We should be providing the Kurds direct military aid. Clearly, we need to prevent the spread of IS into Libya and Tunisia. Lastly, we need to ensure that freedom of navigation remains a core principal for the region.