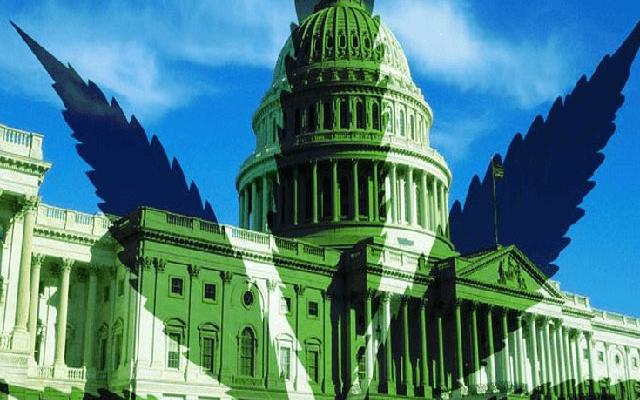 Donald J. Trump says vets are treated worse than illegal immigrants. But help is on the way. The U.S. House of Representatives recently voted to make it easier for veterans to get access to officially-approved marijuana. Rep. John Fleming (R-LA), a physician, argues that the proposal is “absolutely insane.”

It is estimated that nearly 30 percent of veterans who served in Iraq and Afghanistan suffer from post-traumatic stress disorder (PTSD) or depression. But Rep. Fleming notesevidence that marijuana “enhances psychosis and schizophrenia” in some people with these psychological problems.

Dr. Christine Miller asks, “Does no one remember Eddie Routh, the vet thought to have PTSD, who was diagnosed by psychiatrists for the prosecution with cannabis-induced psychosis, and who killed both Chris Kyle (“American Sniper”) and Chad Littlefield?”

END_OF_DOCUMENT_TOKEN_TO_BE_REPLACED

Iowa’s Marxists hope to elect one of their own to the US Senate this year. Fiegen is the only contender to have endorsed Senator Bernie Sanders‘ Presidential campaign, which has further endeared him to Sanders’ long-time backers Democratic Socialists of America.

Despite their comparatively “moderate” name, Democratic Socialists of America, like Sanders himself, draws inspiration from the “socialism through stealth” tactics of Italian Communist Party theoretician Antonio Gramsci. Johnson County Democrats have an opportunity to revitalize a moribund Democratic Party by voting in the June primary for three county supervisor candidates who endorsed Bernie Sanders: Rod Sullivan, Kurt Friese and Jason T. Lewis. They represent the future of the Democratic Party, a party that says ‘yes we can’ rather than ‘no we can’t.’

We can also vote in the primary for the only Democratic candidate for U.S. Senate who endorsed Sanders, former state Sen. Tom Fiegen of Cedar County. He has a distinguished record of campaigning against factory farming and corporate agriculture. Unlike his opponents in the Democratic primary, he does not take campaign contributions from corporations, corporate political action committees or other campaign committees that accept corporate funding. Like Sanders, Tom Fiegen is not for sale.

Jeff Cox is a longtime Democratic activist and the point man for a Johnson County steering committee which helped draft Sanders for the 2016 presidential contest. At the University of Iowa – Ames, the local Young Democratic Socialists branch, has endorsed Tom Fiegen and are actively training members and supporters to join his campaign. Hey everyone, a quick reminder that there will be a surrogate training for Tom Fiegen this Saturday. We strongly endorse Tom, and would love to spread the word about his plans for senate on campus. This training will be the best way to get started!!

This is not the first time Iowan Marxists have supported Tom Fiegen.

In 2004, Democratic Socialists of America targeted local races where control of state houses were up for grabs and where statewide electoral vote outcomes hinged on successful local district turnouts.

In Iowa, Tom Fiegen—who says his politics are in the tradition of the radical lay Catholic Worker Movement,—is attempting a return to the Iowa state Senate (District 40)..”

We reported on the candidates that DSAers were supporting in the last issue of Democratic Left. How did they do?Longshot progressive insurgents Al Weed in Virginia, Lin Whitworth in Idaho, Dave Franker and Tom Fiegen all lost.

Let’s hope this attempt is as unsuccessful as the last. Iowa just got rid of long-serving socialist Senator Tom Harkin in 2014.

Does the Hawkeye State really want to send another Marxist to Washington?

Trevor Loudon is a New Zealand writer and speaker, currently living in Iowa. Loudon is working on the soon-to-be-released, Iowa-produced documentary The Enemies Within (see trailer here) and is the author of the 2013 book The Enemies Within: Communists, Socialists and Progressives in the US Congress.