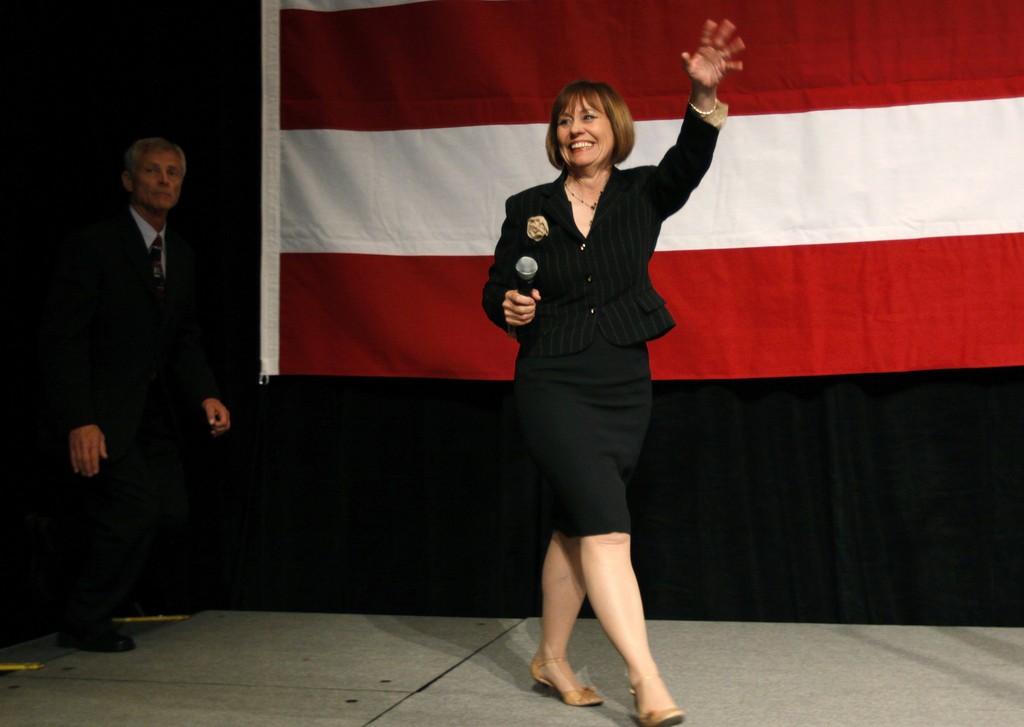 Folks, I got angry the other day. Mary and I were on the road most of this year campaigning for Ted Cruz. We’re back home in Florida. My grass is over a foot tall, neighbors are still polite and my lawnmower won’t start. I dropped off the lawnmower for Darrell our mechanic to fix. But that is not what made me angry.

I got angry thinking about how insane policies mandated by government are becoming the norm in America. We are being forced to accept numerous insane things like allowing men, even dressed as men, to enter girl’s restrooms. http://fxn.ws/1T9GSb2 All of us folks whose common sense tells us that these government mandates are insane had better keep our mouths shut or be branded bigoted, mean-spirited, intolerant and haters; face prosecution and jail time.

I got angry thinking about how in the midst of surrendering more and more of our freedoms, conservatives are still being coached not to dare run true conservative candidates to stop the Democrats/Lefts insanity. Folks, I feel like that guy in the movie, “Network”. I want to run to my window, throw it open and yell, “I’m mad as heck and not gonna take it anymore.”

Our nation was founded upon patriots who were fed up. They said, “Screw it, we ain’t taking it anymore from the all powerful British.”

The American colonies were broken into two groups; the Loyalists and the Patriots. Patriots felt they were treated unfairly by British government; taxed without any say or representation. Patriots wanted to break free of British rule.

Loyalists behaved similar to battered spouses. Though treated unfairly, loyalists saw benefits in remaining British citizens, fearful of being totally on their own. Loyalists were also extremely afraid to go up against the mighty, seemingly unbeatable, British military.

We have fearful GOP loyalists today cautioning us to be reasonable, don’t make the Left really angry by pushing back too hard and don’t dare run real conservatives. Thank God that we have conservative patriot warrior candidates today like Sharron Angle, Rob Maness and Kelli Ward to name a few.

True rock-solid conservative Sharron Angle is running for US Senate, Nevada. Patriots we must get behind this courageous, laser focused on liberty patriot sister. If I hear another person on our side say a real-deal conservative can’t win, I am going to slap them. Well, not really. But for crying out loud folks, when do we start firmly supporting conservatives with proven records of loyalty, patriots with histories of putting it all on the line for us? When do we stand for what we believe to be right rather than surrendering to the Left’s seemingly unstoppable fundamental transformation of America?

Patriot and national conservative radio talk show host Mark Levin gets it and has endorsed Sharron Angle for US Senate. Levin said he realizes that Angle faces an uphill battle against all the forces against her, but he is sick of it (mad as heck, not taking it anymore). Levin’s and other endorsements are great, but not enough folks. www.runsharronangle.com We need patriots across America to rally behind our patriot sister; calling family and friends in Nevada, telling them to vote for Angle in the fast approaching June 14th primary. Early voting starts May 28th. www.runsharronangle.com

Sharron is seeking to defeat a RINO named Heck who voted with Pelosi and the democrats 62% of the time. Heck, Nevada’s so-called republican senator voted with democrats for gun control, to fully fund Obamacare and voted for amnesty. Well, what the “Heck” is the benefit of having a RINO, a democrat in disguise, in that seat? www.angleforsenate.com

My fellow Americans, we find ourselves in a similar situation as did our Founding Fathers, choosing to side with fear-driven GOP loyalists or brave conservative patriots. Battered conservative GOP loyalists will go along with the status quo, allowing Heck, a RINO to represent them in the general.

Taking a cue from our courageous Founding Fathers, brave patriots will back the true conservative in the race, patriot sister, Sharron Angle. www.angleforsenate.com