Republican Sen. Mike Lee went off on an epic rant against Donald Trump Wednesday when one show host asked the Utah lawmaker why he hasn’t endorsed the presumptive GOP nominee.

Newsmax TV anchor Steve Malzberg wanted to know why Lee isn’t “out there trumpeting Trump,” adding that he “doesn’t understand” why he wouldn’t be backing the billionaire businessman. Lee offered a laundry list of reasons. 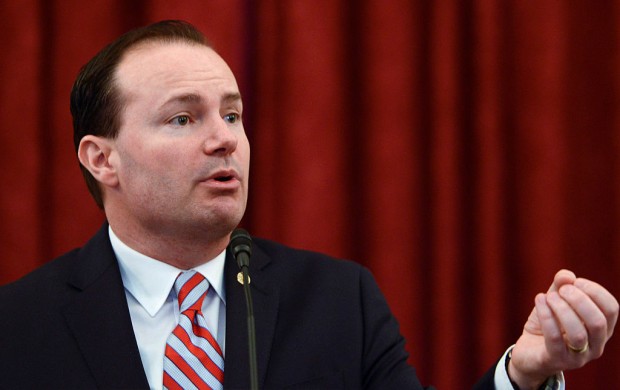 “Hey look, Steve, I get it. You want me to endorse Trump,” Lee responded. “We can get into that if you want.”

At that, Lee slammed Trump for pushing a conspiracy theory that Texas Sen. Ted Cruz’s father, Rafael, was involved in the assassination of President John F. Kennedy and said the candidate’s comments about Muslims are “religiously intolerant.”

Lee added that part of the reason some Utahns — many of whom are Mormon —  dislike Trump is because, as “a people who were ordered exterminated by the governor of Missouri in 1838,” policy proposals like the real estate mogul’s Muslim ban “make them nervous.”

The only way Lee could move on, he said, is if he “heard the right things” from Trump moving forward.

“I can go on if you like, … but don’t sit here and tell me, Steve, that I have no reason to be concerned about Donald Trump,” Lee told Malzberg.

In response, the Newsmax anchor seemed surprised the issues the senator listed would be reason enough to withhold an endorsement, telling Lee his complaints “dwarf” in comparison to concerns over Hillary Clinton.

“To me, the concerns that you should have about Hillary Clinton would dwarf most if not all, in my view, I can’t speak for you, of what you just said,” Malzberg said. “She’s under FBI investigation, she takes money from countries that kill gays, that treat women like garbage. You know, we know about the email scandal, I mean, the list goes on: the Clinton Foundation, the conflict of interest, I mean, the corruption, the lifelong corruption. It goes on and on and on.”

Malzberg then seemed to suggest Trump’s peddling of conspiracy theories about Cruz’s father pales by comparison, but Lee wasn’t quite ready to let it go.

“Right, right, he said that,” Lee interjected. “He actually said that. He said that without any scintilla, without a scintilla of evidence. Now that concerns me.”

Lee, who “can’t vote for” Clinton, told Malzberg he would like to see “assurances” from Trump that he is going to be a “vigorous defender” of the U.S. Constitution and won’t lead in an “authoritarian” manner.

“I’m sorry, sir, but that is not an unreasonable demand,” he concluded.