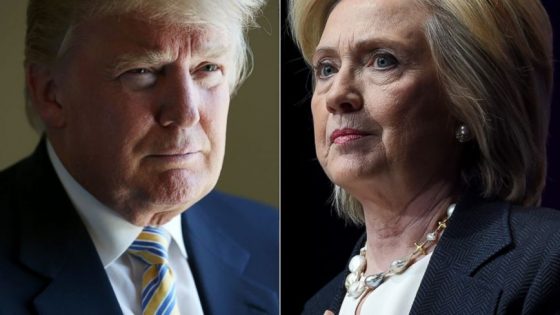 “Russia, if you’re listening, I hope you’re able to find the 30,000 emails that are missing,” Republican presidential candidate Donald Trump said during his controversial July 27th press conference. “I think you’ll be rewarded mightily by our press.” He later tweeted that these emails should be turned over to the FBI.

The press insisted that what Trump proposed would involve foreign meddling in the American election. However, the press has said little about the Obama administration’s meddling in other countries’ elections. President Obama urged a “no” vote when Britain was considering “Brexit,” leaving the European Union. As for Israel’s election of Prime Minister Benjamin Netanyahu last year, The Washington Post reports that “…the news broke that Obama’s 2012 national field director, Jeremy Bird, was headed to Tel Aviv to manage a grass-roots campaign to oust Netanyahu.”

Granted, while this might constitute American interference in foreign voting, neither of these actions encouraged foreign countries to spy on U.S. candidates, or hack into their emails. But is that really what Trump did?

John Harwood, chief Washington correspondent for CNBC and contributor to The New York Times, tweeted that “Trump, who fondly recalls when America was ‘great,’ could literally have been locked up in 1950s for saying what he said about Russia today.”

Michael Weiss, Senior Editor at The Daily Beast, tweeted that it was “A bold strategy, making your campaign platform treason.”

While the press was busy pillorying Trump, they repeatedly focused on that one line. The premise of the question swirling around Trump was that the hacking of the Democratic National Committee’s emails and their release just before the start of the Democrats’ convention was an effort by the Russians to hurt Hillary and the Democrats—and to help Trump.

Early on in the press conference, Trump said, “It’s just a total deflection, this whole thing with Russia. In fact, I saw her campaign manager I don’t know his title, Mook. I saw him on television and they asked him about Russia and the hacking. By the way, they hacked—they probably have her 33,000 e-mails. I hope they do. They probably have her 33,000 e-mails that she lost and deleted because you’d see some beauties there.”

The questions kept on coming. That is when Trump said the following:

“Why do I have to get involved with Putin? I have nothing to do with Putin. I’ve never spoken to him. I don’t know anything about him other than he will respect me. He doesn’t respect our President. And if it is Russia—which it’s probably not, nobody knows who it is—but if it is Russia, it’s really bad for a different reason, because it shows how little respect they have for our country, when they would hack into a major party and get everything. But it would be interesting to see—I will tell you this—Russia, if you’re listening, I hope you’re able to find the 30,000 emails that are missing. I think you will probably be rewarded mightily by our press.”

“She also used her personal e-mail extensively while outside the United States, including sending and receiving work-related e-mails in the territory of sophisticated adversaries,” said Comey. “Given that combination of factors, we assess it is possible that hostile actors gained access to Secretary Clinton’s personal e-mail account.”

When Chris Wallace interviewed Mrs. Clinton on Fox News Sunday on July 31, he cited Comey’s repudiation of her claims that she never emailed any classified material to anyone, nor that she ever sent or received any information that was classified at the time, nor received anything marked classified. She responded, “Chris, that’s not what I heard Director Comey say.” But that’s exactly what Comey said. You can see it here. Even The Washington Post Fact Checker has given Hillary Four Pinocchios for this latest series of lies.

Bloomberg News reported back in June that “The Bill, Hillary and Chelsea Clinton Foundation was among the organizations breached by suspected Russian hackers in a dragnet of the U.S. political apparatus ahead of the November election…” The Clinton campaign may have been affected, as well. More damaging leaks can be expected in the future, and the news media will most certainly rally to protect Mrs. Clinton—whatever the revelations.

Mrs. Clinton and her family have much to hide. We have reported repeatedly about the quid pro quo corruption of the Clinton Foundation and the Clintons, as the family accepted donations and speaking fees from foreign nations and companies with business before Hillary Clinton’s State Department.

“The truth is that when the emails that are leaked in the age of the Internet are America’s wartime secrets, such as battlefield secrets in a time when our troops are engaged in combat with a savage foe, the left is all too eager to work with the leakers and characterize them as ‘whistleblowers,’” comments The New York Sun. “But when the messages being leaked include internal email traffic of the Democrats themselves, wires that show them maneuvering against Senator Sanders in a ghastly way, the Democrats are suddenly up in arms.”

Where was the media outrage when an alleged Russian hacker exposed the opposition research of the DNC against Trump back in June? Frankly, they were fine with that. The latest revelations on Wikileaks have been more damaging, and the press has had to step in to help their favored candidate.

If the Russians did hack Mrs. Clinton’s homebrew server, they likely have blackmail material on her. “This sort of gangsterism is perfectly in keeping with Putin’s [modus operandi], so the blackmail angle can hardly be dismissed,” noted Rick Moran for The American Thinker in June.

Mollie Hemingway of The Federalist had an excellent piece on this, arguing that the media played right into Trump’s hands. She wrote:

“Trump’s communication style is one that works well on many voters, and is not known in any way, shape, or form for its specificity. First he says he hopes Russia finds the emails. Then he says ‘they probably have them’ and ‘if they have them, they have them.’

“But the point is that his jokey highlighting of Hillary Clinton’s claim that she deleted 30,000 personal emails about yoga is not really the same thing as calling on Russia to currently hack information that they, in all likelihood, took years ago. Perhaps a tempering of the headlines and framing is in order.”

It’s a familiar pattern by now. The press plays gotcha with Trump. His adversarial and sarcastic posture towards the media sometimes gets him in trouble and requires several days to clean up and move on. We’re at 100 days and counting until the election. The polls show the race at close to dead even. It’s time to buckle up.

One thought on “Trump, Hillary, the Emails and Russia”