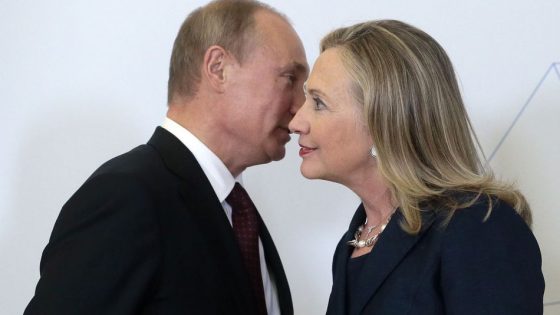 One of the most pressing questions we should be demanding of Hillary Clinton is an explanation of Skolkovo and how she profited from making deals over it. Because it looks suspiciously like she helped fund the Russians to develop cyber technology that could be used against us in a time of war, while profiting from what amounts to treason. In essence, Hillary Clinton has allowed trade secrets and professional Russian espionage within the United States.

As I have stated previously, I now believe that whoever wins in this election will bring Russia into the White House. Putin wins no matter what now. In a way, you have to admire the evil machinations that have taken place to make this the case and I’m simply dumbstruck by the utter foolishness of America in allowing it to happen.

The Podesta Group has been neck deep in it with the Russians for fun and profit. John Podesta is Clinton’s campaign chair and his brother is the head of The Podesta Group. Hillary’s entanglement with Putin and the Kremlin go far deeper than that. She’s taken huge donations and made deals with our biggest enemy… she’s also covered it up nicely.

Peter Schweizer has written a report that is stunning: FROM RUSSIA WITH MONEY. It is 40 pages long and a definite must read for national security experts and those that want an insight into Clinton corruption with Russia in mind. It’s in-depth… Schweizer has spent years looking into Clinton’s finances and connections. This one all by itself should keep her out of the White House, but sadly, I doubt it will in today’s Russia-embracing insanity. The uranium deal comes to mind.

John Podesta sat on the board of a Dutch-registered company that had lucrative shadowy dealings with the Kremlin, to the tune of $35 million. It was an obvious Russian front and there is no way to know currently just how much Podesta himself was paid, or what for. But come on… we are not naive here. It can’t be good if it’s the Russians. Podesta broke federal law when he did not disclose his position on that board to the federal government. By law, he is required to. Last time I checked, he’s free as a bird and still making dirty deals.

Clinton and her holdings have profited greatly from her little “Russian reset.” Yep, that was a disaster, but not for her personally. She made a killing in more ways than one, if you get my drift. It resulted in the Russians invading the Ukraine, something that is being lauded on both sides of the political aisle now. The Russians have even had their mitts in the Republican convention plank to soften support for the Ukraine.

Hillary Clinton was instrumental in getting American firms to heavily invest in Russia – specifically our high-tech firms. I give you the Skolkovo Innovation Center. It’s a sprawling complex in Moscow’s western suburbs and was built in 2009. It is their version of Silicon Valley, with an espionage, intelligence and military twist. With the blessings of Clinton’s State Department, Cisco pledge $1 billion in 2010 to Skolkovo. Google and Intel then came on board with heavy investments. I’m sure you will be shocked to know that all three of those tech titans just happen to be major investors in the Clinton Foundation. 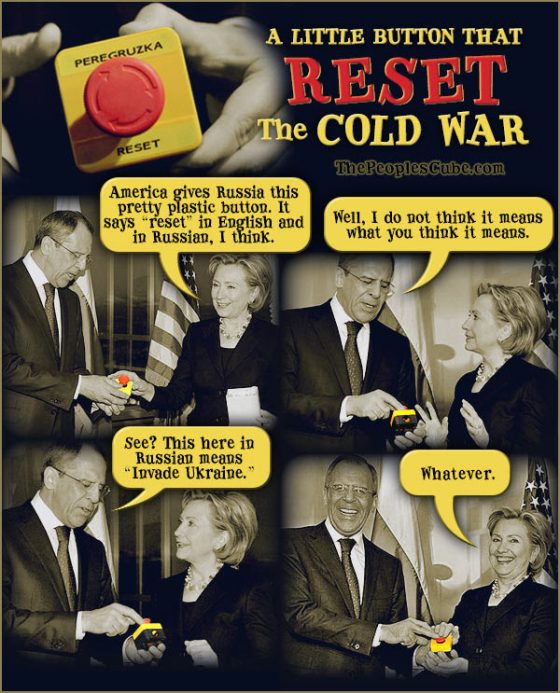 28 US companies participated in Skolkovo. 17 of those were Clinton Foundation donors or they had at one time hired Bill Clinton to give speeches. It partially explains the millions in speech fees the Clintons have declared on their tax returns. That and the Chinese and other enemies of the US. There is no way to know exactly how much the Clintons made out of Skolkovo, but Schweizer estimates that it is somewhere between $6.5 million and $23.5 million. Once the Clinton Foundation reveals all its donors, it could be much, much more and I’m betting it is.

In reality, Skolkovo is only like Silicon Valley in appearance. On the inside, you have a Kremlin-driven company that answers directly to Putin and is of high value to the country’s defense and security sector. Largely funded thanks to Hillary Clinton. It is an extension of Russia’s military-industrial complex and their intelligence services. In July 2013, an unclassified study by US European Command that surveyed Skolkovo activities suggested that Russia’s Silicon Valley is “an overt alternative to clandestine industrial espionage.” This time they didn’t really have to steal our high-tech secrets as they have in the past… we literally handed them over.

In 2014, the FBI made a blunt, public statement warning American firms about dealings with Russian entities, naming the Skolkovo Foundation as a particular source of concern. They called it, “a means for the Russian government to access our nation’s sensitive or classified research, development facilities and dual-use technologies with military and commercial applications.” That seems pretty damn straightforward to me. Skolkovo also has commercial contracts with Kamaz, a Russian defense firm. Their specialty… armored vehicles. “The FBI fears that Kamaz will provide Russia’s military with innovative research obtained from the Foundation’s US partners,” warned the Bureau.

And it gets worse. Skolkovo has deep links to the FSB (Russian Intelligence). It’s the modern day version of the KGB. Schweizer stats, “Skolkovo happens to be the site of the FSB’s security centers 16 and 18, which are in charge of information warfare for the Russian government.” See where this is going? Nowhere good for Clinton. That place ironically houses the hackers that hacked the DNC and stole Hillary’s emails. They turned on her after doling out millions.

None of this is classified information. Neither are assessments by the Pentagon or the FBI and they are being candid about it for those that will listen. “It’s an obvious Kremlin front,” explained a Pentagon intelligence official about Skolkovo. “In the old days, the KGB had to recruit spies to steal Western technology, now they do deals with you. The theft is the same.” A European intelligence official said that they had concluded that several top Skolkovo officials are actually FSB officers: “We’ve seen guys from Skolkovo acting like intelligence collectors, not tech entrepreneurs,” he elaborated.

None of this should ever have been allowed, especially by a sitting US high-profile Secretary of State. The damage done here is immeasurable and deadly. I have absolutely no doubt that the technology provided by Clinton to the Russians will be used in cyberwarfare against us. In layman’s terms… I call that treason.

Congress should demand an accountability from Clinton on her Russian dealings immediately. It’s a matter of national security. Americans have a right to know before they vote in November.

Read: FROM RUSSIA WITH MONEY “Helping to build a democratic socialist political force, DSA members have stepped up to run for political office around the United States. Their campaigns represent the next stage of the organizing that began with the Sanders campaigns, and their successes will reflect the strength of socialist organizing beyond national politics.” – Democratic Socialists of America website, August 23, 2016, “DSA Members Run for Office to Continue the Political Revolution“

Senator Bernie Sanders has created a new 501(c)(4) organization whose non-stated goal is to fundamentally transform the United States into a socialist country. There will be over 2500 “house parties” in all 50 states livestreaming Bernie himself jump-starting the effort Wednesday evening.

After Sanders lost his bid to become the Democrat nominee for president, his allies have been busily plotting the complete transformation of America using the hashtag  #OurRevolution. In addition to the ongoing effort to support so-called “Berniecrats” who endorsed the socialist during his presidential campaign, many “grassroots leaders from the Bernie campaign and a few ex-staffers” are dedicated to “replacing Congress all at once with a Brand New Congress in 2018.”

It should be noted that many Berniecrats already won their primaries. Americans need to pay attention. Here is just one example of a tweet touting winning Berniecrats:

The goal is to “recruit and run 400+ candidates as a single, unified, presidential-style campaign.” The candidates will follow an agenda inspired by Bernie Sanders’ policy proposals.

“We’re happy to see so many “Berniecrats” running in 2016 and we want to be supportive, but we’re just getting started, so we don’t think we’ll have that much to offer 2016 candidates. We think the way to win is to start very early and plan a great campaign. That’s why we’re focusing on 2018.”

Socialists are highly organized and dedicated to pushing through anti-American candidates who are not interested in limited government as envisioned by America’s founding fathers. In order to get America back on the path to peace and prosperity, constitutional conservatives need to strongly support principled candidates for office who will take their oath to the Constitution seriously.

Follow the hashtags #Berniecrats and #OurRevolution to learn more.