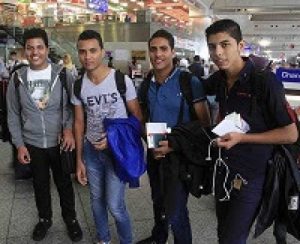 Mocking Islam or mocking the prophet of Islam spells doom. In Egypt you will be arrested, home and property confiscated, and coerced to “force emigrate” from your town. Then count on a five-year prison term. This was exactly the penalty for four Coptic Christian school boys, ages 14 through 17, and their teacher.

Modernity grazed the 7th century when a lost cell phone turned up in the hands of a sectarian street thug ready for Sharia justice against its owner. The sim card showed a video of a 36-second skit mocking ISIS terrorists praying to Allah. Away from home on a school trip, the boys used their teacher’s phone to record the funny scene they acted out, thinking ISIS was fair game and knowing that Islam was not. Unfortunately for them, the cell phone was lost or stolen and missing for a solid year. Found by Muslims who became offended by the “blasphemy”, the Egyptian courts overlooked the violent retaliation by the gang prompted to attack homes and businesses and instead arrested the boys and their teacher.

On the same day Muslims struck the town, the police were notified and arrested the four Coptic boys and their teacher. Before their convictions by the courts, the Christian blasphemers were forced to apologize. One month later, on May 27, 2015, the boys were released on bail, and February of this year they were sentenced to prison for five years. They were allowed to pay a two thousand pound fee per student to temporarily suspend the verdict’s start date because they were not present at the sentencing.

This last fact was a big factor in reversing their fortune. The boys were facing the devastation of their remaining adolescence. They would soon be housed behind bars in cells with jihadists, possibly members of the Muslim Brotherhood or worse. The prospect was bleak, but all is well now thanks to anonymous channels.
The hidden hand of a courageous heart behind the scenes knowing the complexity of such matters delivered the four boys from an Egyptian inferno. They were enabled to tackle security to obtain their passports and move through customs bound for Turkey (a country with bad diplomatic relations with Egypt). As tragic, glaring examples of religious tyranny and “refugee” status as defined by the U.N., the boys have now arrived in Switzerland where their request for religious asylum was granted.

Upon arrival to safety in the West, one of the boys told a news reporter, “There was no reason to be treated like that; all was a joke, but now we may have an opportunity for a better life.”

Egyptian authorities are alarmed from reactions around the world related to the story and the negative publicity. The state is now bombarded with criticisms of the regime and its court system broadcast by brave media hosts in Egypt. The conversation goes on with some saying the boys were wrong to escape their sentencing; it would have been better for them to respect the courts, honor their country, and serve their time.

Of course the goal of Sadat and Saudi Arabia is clear; as stated decades earlier, the Middle East must be cleansed of Christians. The question remains; will Islam succeed? 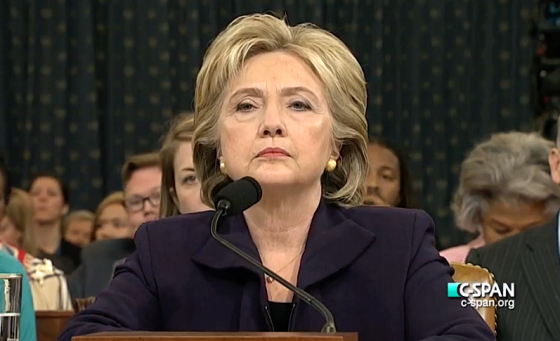 Why does Hillary Clinton continue lying and covering up her various activities, whether it is her pneumonia, or the fact that she regularly sent and received classified information on a private, unsecured server, or that she traded favors, influence and access as secretary of state for large payments to her husband or her family’s foundation? It is because if she told the truth, she would never be elected president, and would almost certainly end up behind bars.

When asked why she decided to keep secret the medical diagnosis she received on Friday, she told CNN’s Anderson Cooper on Monday night that “I just didn’t think it was going to be that big a deal. It’s just the kind of thing that if it happens to you and you’re a busy, active person, you keep moving forward.” If Hillary hadn’t been caught by a bystander’s cell-phone camera nearly collapsing as she was being helped into her limousine, we probably still wouldn’t know about her pneumonia. Her lack of transparency on this matter has forced the liberal media to acknowledge Hillary’s health issues, which have fueled much speculation about other possible ailments she may be hiding.

With the release of the notes on the FBI investigation into Mrs. Clinton’s handling of classified material, and the Bureau’s interview with her, it becomes more and more apparent that she is trying to run out the campaign clock without admitting to her many lies. When Hillary first explained the use of her private server, she said it was a matter of convenience, so that she could use just one device. But the FBI summary reveals that there were actually 13 mobile devices she used, plus several iPads. At least one, maybe two, of the phones were destroyed by a hammer.

CNN reports that Mrs. Clinton told the FBI she could not recall, or did not remember, at least 39 times during her interview. Alex Griswold, writing for Mediaite, gives more details into 40 examples of Mrs. Clinton’s unbelievable memory hole, based on what she told the FBI.

Apparently, according to Griswold, the FBI interview indicates that Mrs. Clinton “could not recall any briefing or training by State related to the retention of federal records or handling of classified information.” She also claimed that she didn’t remember what the “(C)” represented on many documents she handled, even though it is regularly used by the State Department to denote information classified at the confidential level. “Clinton stated that she did not know what the ‘(C)’ meant at the beginning of the paragraphs and speculated it was referencing paragraphs marked in alphabetical order,” states the FBI notes.

“Clinton did not recall receiving any emails she thought should not be on an unclassified system,” states the FBI file. This shows the light touch treatment that FBI Director James Comey’s department gave Hillary Clinton during the investigation. It was not enough to simply state publicly to the nation that Mrs. Clinton was “extremely careless” with classified information—an indictment was clearly warranted. And it seems suspicious that the FBI interviewed Mrs. Clinton last, not first—and only about72 hours before announcing the FBI’s decision not to indict. The fix was clearly in.

Breitbart News investigated potential conflicts of interest between Comey and the Clintons, and found some very intriguing connections. For example, they report that Comey made more than $6 million in compensation from Lockheed Martin during the last year he worked for them, which was 2010. That is the year that Lockheed Martin became a Clinton Foundation donor, and also “won 17 approvals for private contracts from the Hillary Clinton State Department.” There were other such situations that qualified as, at the very least, the appearance of conflicts of interest.

Comey’s brother, Peter, was a senior director for DLA Piper, “the firm that performed the independent audit of the Clinton Foundation in November during Clinton-World’s first big push to put the email scandal behind them.”

Comey, a deputy attorney general for two years during the George W. Bush administration who was appointed FBI Director by President Obama in 2013, had not disclosed these personal or professional relationships when he announced that Mrs. Clinton should not be prosecuted for her mishandling of classified materials.

The Democrats, and the media, are asking citizens to accept, on blind faith, the many lies of Hillary Clinton—including the gigantic cover-up that is the Benghazi scandal. Voters are supposed to accept Hillary’s lie that she didn’t send or receive classified information with headers or markings, and that she only deleted her emails related to yoga or her personal life. As McCarthy points out, “A great deal of classified information is not marked at all.”

The latter lie—that she had turned over all of her work related emails—has been blown apart by the news that the FBI has handed over 14,900 Hillary Clinton emails that it salvaged during its investigation into Hillary’s server. “Actually, the FBI recovered tens of thousands,” said Judicial Watch’s Tom Fitton in an interview with The Wall Street Journal. “This first batch of 14,900 that we’ll be getting in the next couple of weeks is only one disc of seven cds full of emails. There are thousands still out there. We’re going to get every single one of them, I assure you.” He said that the 14,900 deal directly with Mrs. Clinton.

It is impossible to know what information these many emails contain until they are released, but until then the existence of Clinton emails that may have been work-related yet deleted calls into question Mrs. Clinton’s honesty and integrity.

Mrs. Clinton and her faithful media supporters are working together to cover up the malfeasance of Hillary Clinton and downplay her many lies. It is difficult and frustrating for them at times. Despite the media’s complicity in covering for Hillary, the truth continues to shine through.