Hi Folks. These are a few thoughts from the road. Mary and I are driving from our home in Florida up to visit her family in West Virginia and my family in Maryland. On Saturday, Pumphrey, the community I grew up in is having an event honoring my 88 year old preacher dad. Dad was a pillar of our black community. In the 60’s, we Pumphrey elementary school students were bused to the recently integrated Brooklyn Park Jr/Sr High School. Saturday night, I have been asked to sing at my Brooklyn Park High School reunion. I will not tell you which year reunion because it sounds really old, even to me.

Our car radio lost Rush and other talk radio favorites as we drove through states. In South Carolina, I stumbled across a southern gospel station that made me smile. “I’m Stickin’ With Jesus All The Way” was one of the great comforting songs we heard. Several radio stations touted traditional American values. We saw a huge billboard that read, “Blue Lives Matter, Trump/Pence.” My point is listening to mainstream media, one could easily conclude that we have lost the America we love.

There are more of us who love God, our country, our National Anthem and our flag than those who do not. It reminds me of that guy in the Bible who was depressed because he thought he was the only one left in Israel who had not succumb to worshiping false gods. God told the man he had 7,000 who had not bowed to Baal. Sometimes when standing up for righteousness we feel alone.

Mary and I spent the night in North Carolina near Charlotte. On TV in our hotel room, local news was dominated with the riots. Once again just like in Ferguson, blacks were responding violently to a lie insidiously spread on social media, promoted by mainstream media.

Black Charlotte-Mecklenburg Police Chief Putney said Scott, the fatally shot black man, came out of his car with a gun, not a book as claimed by Scott’s family who were not there. http://bit.ly/2djf5vV Also, the officer who shot Scott was black. But this is not the story-line that the Left wishes to further. The Left ignored the facts and ran with the story-line that another unarmed black man was gunned down by a racist cop. Documented evidence confirms that blacks pose the largest threat to black lives. http://bit.ly/2bctsMK

Divinely lead to push back against the Left’s narrative (lie) which has painted a target on the backs of America’s brave men and women in blue, I launched a nationwide Blue Lives Matter Celebration tour. Our first celebration event was in Daytona Beach Florida. The media blackout was stunning. Still, we press forward in Jesus name. Our next Blues Lives Matter Celebration will probably be in Dallas.

With this latest wave of riots and anger targeted at police, a dear friend emailed me. She cautioned me to be prayerful and careful in regards to standing up for police at this time. The image of lighting a candle in the darkness came to mind. When things are at their darkest, that is the time to light a candle.

Black Chief Putney confirmed my thoughts regarding the importance of spreading the truth. He said, “It’s time for the voiceless majority to stand up and be heard.”

Evil prospers when good folks do nothing. Folks, I believe God has my back. No weapon formed against me shall prosper. I have been preaching for years in my articles that the Left has had its way reshaping our culture and country because far too many Americans are afraid of making the Left really angry. Well, I cannot sit back and allow the Left to spread lies which ultimately leads to the assassination of police. I am moving forward with my Blues Lives Matter Celebration tour, discrediting the lies and spreading the truth about police in positive, upbeat and entertaining ways. Please contribute at: http://www.lloydmarcus.com/

The insane with racial hate and depravity American Left have decreed that it is racist to say all lives matter. I will say what God says is right rather than what evil men demand that I say.

Red, yellow, black and white, they are precious in His sight. This means ALL LIVES MATTER! 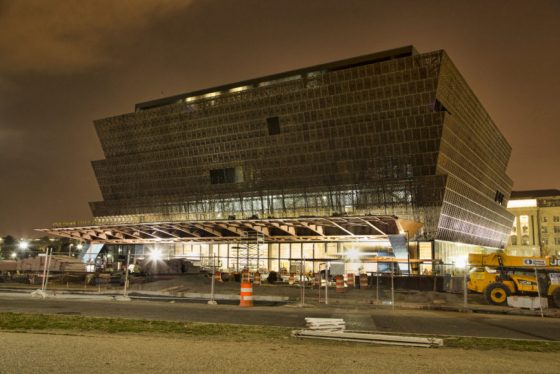