By: Jerry Kenney | Accuracy in Media 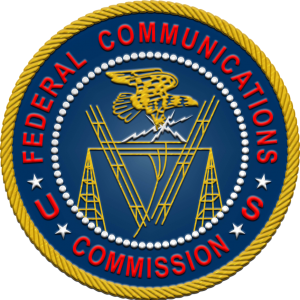 The Federal Communications Commission (FCC) on September 29th did something worse than give up control of the Internet. They voted unanimously to put America’s entire broadcast industry on the fast track to a foreign takeover by Chinese, Russian or Muslim Brotherhood front corporations.

This new FCC rule gives foreign interests the long sought-after tools they need to shape U.S. public opinion and to censor the opposition.

Once a foreign corporation scoops up a media business, such as a chain of radio stations, it can eliminate national and local programming and substitute its own government’s propaganda. That means that conservative talkers could find themselves off the air.

Citing the need for “change” from the old “vintage” laws, Commissioner Jessica Rosenworcel declared that “laws that govern broadcast investment can get in the way.”

So, rather than respect the law and Congress, the FCC decided in a 5 to 0 vote to decree a new “rule” that effectively guts a law that protected Americans from foreign interests and their propaganda. The new rule assumes that any foreign owner of a TV or radio broadcaster will be acceptable unless someone can prove otherwise.

The FCC claims that under the new rule national security concerns will be reviewed by the proper authorities. Do they mean the same authorities that signed off on the Iran nuclear deal and the Russian uranium purchase? So now, in addition to keeping an eye on terror cells in the U.S., our security agents will be required to follow the money-trail in closed societies like China, Russia and Middle Eastern monarchies to make sure that new station owners are not tied to foreign governments. Really?

Sadly, Congress appears to be content to be left in the dark on the subject.

An example of our blissfully-ignorant Congress was on display a couple of weeks prior to the FCC vote, when the entire FCC commission testified before the Senate Committee on Commerce, Science, and Transportation in a hearing entitled, “Oversight of the Federal Communications Commission.” Even though the FCC had announced it was planning a vote on new foreign ownership rules over a year ago, during a three-hour hearing the subject was never raised by one senator.

Handing over America’s public airwaves to foreign interests by sidestepping longstanding law ought to be something that the Senate “overseers” should be at least curious about, don’t you think?

At the final FCC vote, Commissioner Ajit Pai said the new rule will “give broadcasters greater access to capital.” Accessing capital by selling 100 percent interest in a business? Isn’t that called selling out?

No, there is much more at stake here than just capital. It’s called a free and independent press. Thanks to the FCC, soon foreign interests will be able to masquerade as your friendly neighborhood TV or radio station (the national media sold out long ago). And you can count on them waving the American flag as they do it. Remember Al Jazeera America buying Al Gore’s Current TV?

The Wall Street Journal and Reuters have reported extensively on Chinese purchases of movie theater chains and Hollywood production companies, including a current bid to buy Dick Clark Productions. Chinese interests have also leased local underperforming AM radio stations in major U.S. markets such as Washington D.C. Based on the nature of those deals and their financial losses, it is clear that China’s interest in entering the U.S. media market is more to influence public opinion than to turn a profit.

Yet in her attempt to justify the FCC action, Commissioner Rosenworcel said the old laws “were put in place to prevent foreign powers from disrupting ship-to-shore governmental communications during warfare.” She also said, “But just as horses and bayonets are not the tools of modern warfare, the cyber threats we face today are not especially well-guarded by these prohibitions.”

But cyber threats are not the only threats we face. The good old fashioned Cold War tools of warfare called “disinformation” and propaganda have been enhanced by modern technology, not made obsolete by it. Just ask the ISIS fighters who have been recruited by sophisticated Internet videos.

Broadcasting is not just another pipe through which you deliver data. A broadcaster controls the message and the content.

So why did this happen? The current FCC commissioners are mostly lawyers and lobbyists with political connections to both political parties. These political parties depend on financial contributions from major corporations, including media corporations. They want the option of dumping their broadcast properties off on cash-heavy foreign buyers, no matter what impact it has on the public’s right to know.

The system is rigged, even in favor of the foreign interests buying up America.

* Jerry Kenney, a television producer from Port Orange, Florida, has filed a complaint with the U.S. Department of Justice alleging that foreign channels RT and Al Jazeera have both violated the law by not disclosing in their U.S. propaganda broadcasts that they are agents of foreign powers. He has also alleged violations of FCC rules that have given Al Jazeera and RT access to taxpayer-funded public television stations.