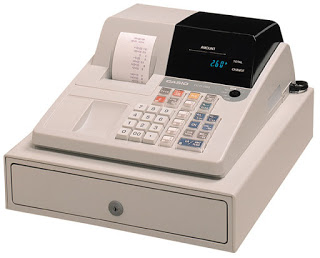 I went to the Spring Creek Village assisted living center where my dad spent his last days to make sure our account was settled up, no loose ends.  We’d been double charged for a ‘one time only’ fee on the second month’s billing which we were told would be subtracted on the following month’s rent; but dad never made it to the next month.

My father died October 25, 2016 and we made it a point to remove all items we’d provided for his comfort the very same day, leaving the room as it was when he first arrived.

Today I looked over at their ‘occupancy availability board’; they had a large white board in the manager’s office showing new move ins and those who’d moved out.  There was dad’s name showing he died October 25th along with his move out date of….Nov 7th…?

I pointed out the discrepancy to the manager and reminded her that we’d made sure to remove dad’s personal items on the same day he died.  Her response was, “That’s in the contract”.

There is a clause in the residency contract which states the assisted living center can charge up to 10 days rent after the death of a renter.  Apparently we could have left dad’s body in the room for another week; not that the health department would have approved.

I reminded the manager that we’d been over charged by $1500.00, expecting a refund for that amount and perhaps a refund for the last five days of October since dad didn’t occupy the room that last week of the month.

Again the manager explained, “That’s in the contract”, as she handed me a due bill for  $186.50, the difference between the $1500.00 we’d been over charged and the ten days which the assisted living center considered an opportunity to extract additional money from the deceased’s bank account.

Spring Creek Village provided exceptional care while my father was in their facility and I would recommend them to anyone looking for an assisted living facility.  That said, they have an unusual way of interpreting their lease contracts.

I pointed out that this was morally wrong and as a business practice was no different than gouging the dead.  I know, “That’s in the contract”.  But the contract indicated that the assisted living center ‘can’ charge up to 10 days following the ‘move out’ of a resident; it doesn’t say that it ‘must’ charge the full ten days.

I suppose they were only honoring the memory of my dearly departed father as they hit the Enter Key on the cash register, or as Bob Hope used to say, Thanks for the memories.