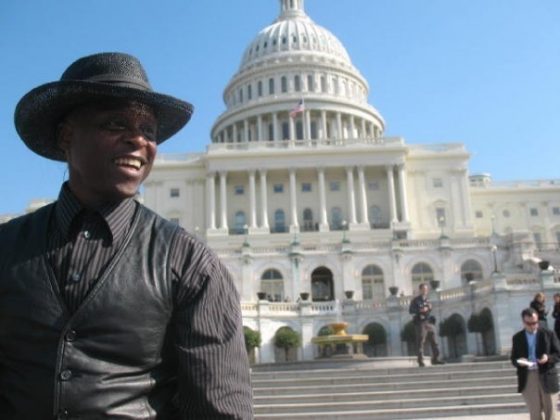 Be honest. In your real-life everyday American experience is racism an issue? I am confident the answer is no. And yet, the Left (Democrats, Black Lives Matter, Hollywood and mainstream media) have convinced many that America is a hotbed of racism where black boys are gunned down by cops for simply “walking black.” Words cannot express my contempt for the Left’s ongoing campaign to spread lies to generate racial hate and divide Americans solely for selfish political gains. The Left poisoning young black minds with their lie that white America is their enemy robs blacks of realizing how blessed they are to be born in the greatest land of opportunity on the planet.

Cops shooting blacks are rare. When a cop does shoot a black, the cop is usually black or Hispanic. On the other hand, blacks are routinely killing each other in record numbers in major cities run by democrats. http://on.wsj.com/29CZPI1

Is there racism in America? Absolutely! Racism will exist along with every other sin under the sun until Jesus takes us home. But, is racism really an issue in the lives of most Americans? Absolutely not. Despite the Left’s efforts to make everything about race, the truth is Americans of all races work and play together extremely well.

Black seniors are prone to experiencing “racism paranoia.” I am in my late sixties. Did I just say that out loud? I remember suffering racism in my youth. Consequently, there have been situations in which I found myself anticipating racism only to be greeted with warmth and hospitality. I know blacks my age and older who are suffering racism paranoia; imagining racism in every situation, accusing innocent white store clerks and etc.

It is amazing how the Left so easily uses racism paranoia and lies to keep blacks believing their lie that white America hates them. For example, an over sixty year old relative of mine says she supports Black Lives Matter because of racism targeted at her late husband 60 years ago. Her reasoning is absurd. Shouldn’t having a black man in the WH tell her America is not the country it was 60 years ago? And yet, she enthusiastically devoured the Left’s divisive poison like a brain-dead zombie hungry for brains.

Remarkably, stupid blacks are still allowing the Left to con them into supporting Planned Parenthood, an organization founded to exterminate blacks. http://bit.ly/1ngNDtO Please forgive me for calling them stupid. But their willful ignorance has as my late mom would say, plucked my last nerve.

It is extremely disturbing that black racism against whites has become in vogue; considered cool and enlightened, a virtue of authentic blackness. The Left says if you are black and do not harbor resentment against whites, you are either an Uncle Tom idiot or suffering with Stockholm Syndrome. The Left says whites who do not feel guilty for their birth (white privilege) are redneck, inbred, fly-over-country racist – ripe for government mandated reconditioning/sensitivity training. Don’t laugh folks. This is the evil the Left has been instilling in our kids for decades from kindergarten through college. http://bit.ly/2gyJmoM

Why has white America tolerated Leftist public education abusing their children; teaching them to feel guilty and ashamed of who they are?

Isn’t it interesting that our Leftist controlled government has bullied us into celebrating Homosexual Pride; claiming homosexuals were born that way. And yet, that same government tells white Americans it is racist and soon to be criminal to take pride in the way they were born; the race God chose for them.

Hollywood produces movies based on the premise that all whites are racist. A lovable, funny black lead character humorously points out white racism, while endlessly joking about how stupid and lame white people are. White characters enlightened of their racist instincts vow to do better. One final joke about stupid white people. Laugh, laugh, laugh! The End. Roll credits.

In 2008 white America overwhelmingly voted to elect the first black president. They were, in essence, saying lets heal this racial divide once and for all. The dirty little secret is the last thing the Left wanted was to bring the races together as one American family. I wish I could get more of my family and other blacks to realize that the American Left are nothing more than cold calculating political grifters, (con artists). These political con artists cruelly exploited the good and trusting nature of Americans by using Obama’s skin-color to silence any opposition to him implementing their far-left radical agenda.

Consequently, Obama has behaved like America’s first king. He ignores the Constitution and laws at will. Republicans are petrified to oppose him. Still, the mainstream media lied, convincing Americans that racist Republicans opposed Obama at every turn.

Realizing they had been conned into electing the Left’s socialist/progressive Trojan Horse, concerned Americans formed the Tea Party. The mainstream media immediately launched its campaign to brand the Tea Party racist. In the minds of far too many black Americans, the media’s false branding stuck.

The Left despicably continues to use the Myth of Racist America to make blacks hate and fear whites and police.

The Left is going crazy because Trump does not submit to their decreed rules of engagement and dictates for acceptable republican behavior; walking on eggshells careful not to offend Leftists. I employ each and every decent American to follow president elect Donald Trump’s lead; call out evil and stand up for what is right. There’s a new sheriff in town.

Folks, I am a black man who loves him country. I know I am incredibly blessed to be born here. My simple desire to see fellow blacks abandon the democrats’ stifling deplorable “you’re a victim lie” and pursue their dreams. Freed black liberal plantation slaves such as I pose a major threat to the Left’s Myth of Racist America; keeping other blacks in check.

One thought on “The Myth of Racist America”