“The SPLC and others who asked me not to come here tonight claim to support free and open debate. But in reality, they seem to want to stifle debate.” Israeli Ambassador Ron Dermer, December 15 2016

Israeli Ambassador Ron Dermer was told by the Southern Poverty Law Center (SPLC) not to attend the Center for Security Policy’s Freedom Flame Award Dinner. But he went anyway and gave a speech that the mainstream media does not want you to hear.

The SPLC has attacked Frank Gaffney, the President and Founder of the Center for Security Policy as being “Anti-Muslim,” a ridiculous assertion.

“Gripped by paranoid fantasies about Muslims destroying the West from within,” the Southern Poverty Law Center laments, “Gaffney believes that ‘creeping Shariah,’ or Islamic religious law, is a dire threat to American democracy.”

The Southern Poverty Law Center evidently is unaware of world events, blindly casting stones at the few rare heroes like Frank Gaffney who are brave enough to stand against those who promote policies that put Americans potentially at risk. END_OF_DOCUMENT_TOKEN_TO_BE_REPLACED 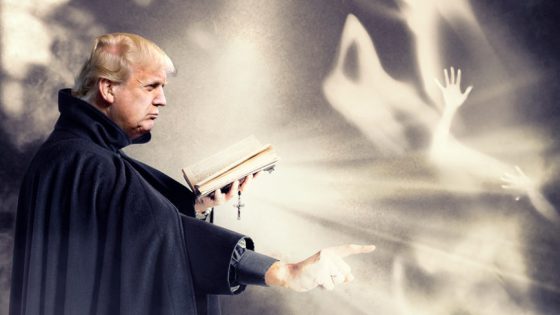 It is refreshing to see President-elect Trump on his “Thank You” tour speaking from a podium that proclaims “Merry Christmas.” The Trump victory was a revolt against Cultural Marxism, also known as political correctness. In that world, Merry Christmas is watered down into “Happy Holidays.”

In fact, says one strategic analyst, “Trump won because he got on his side a big segment of the population that has been under furious and brutal attack for more than 50 years by the political correctness of Cultural Marxism. This cultural and sociological attack from Cultural Marxists was extremely intense and conducted at full high speed for the last eight years of the Obama regime with its grand social engineering and cultural remake of the country.”

Ron Aledo, a retired U.S. Army officer and former senior analyst for the CIA and the Defense Intelligence Agency (DIA), has written a provocative analysis of the U.S. election results, saying that Trump’s victory was economic but also cultural.

He says that the Trump victory was “not only an incredible miracle as he won basically against all and everything, from CNN to furious non-stop (and something ridiculous) attacks from the Washington Post, the New York Times, ABC, CBS, MSNBC, Hollywood, 90% of all U.S and European journalists, the establishment of both the Democratic and Republican parties and millions of brainwashed naive Millennials;  but furthermore, Trump’s victory is a real Counter-revolution of the Silent Majority against the brutality of the witch hunt of Cultural Marxism and Political Correctness.”

Aledo says a rebellion against Cultural Marxism, which is associated with the Frankfurt School of Critical Theory that has come to dominate academia, was the big factor in the Trump win.

He says that while Trump’s promise to repeal Obamacare and renegotiate trade deals were part of the victory, there was something else at work in the reaction of the population. He said the “Silent Majority,” defined as “the simple people who live away from the Frankfurt School dictatorship of the large cities, were desperate for someone who would speak for them and to them. That people, free from the viral infection of Cultural Marxism of the big cities, wanted to keep their traditional lifestyle and were sick and tired of the fecal-like products that the TV networks, Hollywood, the media, and the pop culture kept launching at them.”

He explains, “These simple people with common sense were tired of Black Lives Matter, ‘happy holidays’ instead of Merry Christmas, ugly short hair and shirtless women protesting for their ‘right’ to kill babies, Lady Gaga, the so-called gay pride parades of naked men walking in the streets, the Modern Family TV show, CNN reporters trying to brainwash them, the removal of crosses and Nativity scenes, Miley Cyrus, and the feminine looking young men in the streets, among others.”

“It was a revolution that took 50 years to advance but is finally here,” says Aledo. He quotes the Christian historian H. W. Crocker as saying that Trump is a true exorcist of political correctness.

In an interview conducted before the election, Crocker, the executive editor of Regnery Publishing, said that what Trump was doing was “what any smart Republican needed to do, which was build a new coalition with blue collar conservatives.” He explained, “Republicans can’t win nationally unless they redraw the electoral map—he does that. He’s the only one who could do that.”

Crocker said that after Romney’s defeat in 2012, he commissioned former Senator Rick Santorum to write a book called Blue Collar Conservatives, which showed what needed to be done. “Trump apparently read that book and put it into play,” he said.

Explaining Trump’s approach, Crocker said, “Republicans usually let Democrats, the enforcers of political correctness, set the agenda; they even grant them the moral high ground—and then they play defense or try to moderate Democrat proposals. Trump sets his own agenda—and does it the reverse of the normal Republican way. He plants his flag on the right and then walks it back as necessary, moving the center to the right. That’s an enormous advantage to have—and we haven’t had a president who could do that since Ronald Reagan.”

“At this point in time,” adds Aledo, “we can only hope for the counter-revolution to become stronger.”