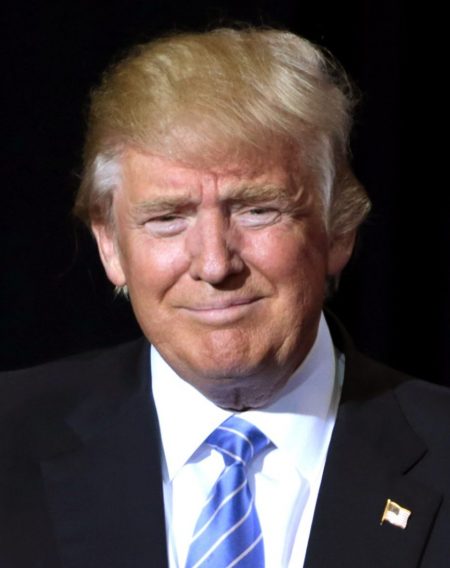 Now that a federal appeals court panel has upheld the freeze on President Donald Trump’s executive order on refugees and immigration, he will likely have his first case before the U.S. Supreme Court in the not too distant future. This may have been an unforced error on the part of the President. While I believe it was wrong and counter-productive for President Trump to belittle the Washington state judge and suggest that even a “bad high school student” would understand the law, the media, in their hyper-hostility toward Trump, are demonstrating their complete double standard. Where was their criticism of Obama when he attacked and pressured the courts to rule in his favor, or condemned them after rulings went against him? The press was missing in action.

President Obama wasn’t shy about criticizing the courts. He did so during his 2010 State of the Union address where he criticized the Supreme Court’s ruling on Citizens United. “With all due deference to separation of powers,” said Obama, “last week the Supreme Court reversed a century of law that, I believe, will open the floodgates for special interests, including foreign corporations, to spend without limit in our elections.” Justice Samuel A. Alito made news by mouthing “Not true” in response to the president’s comments.

Just “two days before oral arguments” in the Obamacare case known as King v. Burwell, writes Josh Blackman, a constitutional law professor at South Texas College of Law in Houston, Obama told Reuters, “In our view, [there was] not a plausible legal basis for striking [the IRS rule] down.”

As we reported at the time, a favorable outcome of King v. Burwell could have gutted Obamacare subsidies, but the media predictably “marshaled their forces in defense of Obama and his signature legislation.”

Why did the media, time and again, come to Obama’s aid? It was because the media were generally in support of Obama’s agenda, and more importantly, chose to cover for him and protect his legacy and political viability.

Yet, as Blackman writes, “It is wrong when Trump does it [criticize the courts]. It was wrong when Obama did it.”

Ilya Shapiro of the CATO Institute finds that the Supreme Court decided unanimously against the Obama administration 44 times, nearly 50 percent more than under Bill Clinton or George W. Bush.

In other words, Obama’s attempts to expand the power of the executive branch was widespread and pervasive, and he often could not win favor for his agenda, even from the two Supreme Court justices that he had named to the court. “But the reason Obama was hit with so many more unanimous decisions was because he went rogue early on, asking his staff to look for novel theories that would allow him to move forward with implementing his agenda,” writes Merrill Matthews for Rare. “And if that meant twisting the Constitution—and basic logic—to get it, so what?”

The media have also continued a double standard in their coverage of presidential executive power. One example of Obama’s executive overreach, although not tied to executive orders, is when he exchanged five high-ranking members of the Taliban held at Guantanamo for deserter Bowe Bergdahl “without following a statutory notice requirement.” Another, the Post writes, is the “job-destroying environmental regulations” created by Obama’s Environmental Protection Agency. And yet another was when Obama unilaterally changed an immigration law by ending the “wet foot dry foot” policy that had “allowed most Cuban migrants who reach U.S. soil to stay and become legal permanent residents after one year.” That was a sop to the communist regime that has gripped Cuba for nearly six decades. Where were the protests then?

On a recent segment of MSNBC’s “The 11th Hour with Brian Williams,” Ali Velshi, formerly of CNN and Al Jazeera, said that “We’re now into our third presidency where executive orders and White House action is deemed more important. George W. Bush, with the help of Dick Cheney, started this with a lot of executive orders. President Obama wasn’t shy about that. He approached it differently with a lot more legal backing to his executive orders. Donald Trump has taken this to a new level.”

Velshi’s statement is false in several ways. First, if Obama failed before the Supreme Court so many times, it is hard to argue that he had more legal backing for his actions.

Second, executive actions have been used more frequently by a number of presidents throughout history—far exceeding the usage by recent presidents. For example, The American Presidency Project at UC Santa Barbara finds that Franklin D. Roosevelt issued approximately 307 executive orders per year, dwarfing Obama’s 35 per year and George W. Bush’s 36 per year. In addition, Bill Clinton issued an average of 46 per year, Ronald Reagan 48 per year and Jimmy Carter 80 per year. President Trump hasn’t had enough time to demonstrate the number of executive orders that he will use over the next four or eight years.

It’s true that it’s not always about the quantity of executive orders, as much as it is about the substance of those orders, as Jonah Goldberg of National Review pointed out: “The entire issue of executive orders amounts to misdirection. The serious complaint is that Obama is abusing executive powers (which he is) not that he’s abusing executive orders (which he may or may not be).” Citing The Washington Post, Goldberg adds: “While Obama issued only 20 executive orders in 2013 (the lowest single-year total in more than a century), that same year he issued 41 presidential memoranda to the heads of departments and agencies, along with nine additional presidential ‘determinations’ designed to serve as the basis for bureaucratic behavior.”

While Trump’s rate of executive overreach is unknown, it is clear that he is not holding back in criticizing the courts. “The opinion of this so-called judge, which essentially takes law-enforcement away from our country, is ridiculous and will be overturned!” tweeted Trump.

Judge Neil Gorsuch, Trump’s nominee for the Supreme Court, told Sen. Richard Blumenthal of Connecticut (D) that he finds criticism in general of a judge’s integrity and independence to be “demoralizing and disheartening.”

This, of course, made major national news. But Obama himself criticized the courts and bullied them to rule in his favor.

This is the state of our news media, which goes to great lengths to protect Democrats and the progressive agenda, and goes on the attack against Obama’s successor. Predictably, the media are unwilling to acknowledge their blatant double standard on executive action and criticism of the courts.