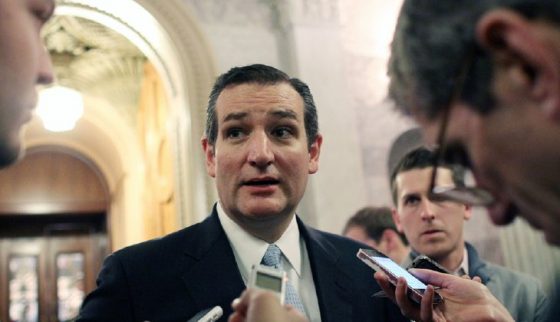 I simply adore Ted Cruz. He’s absolutely right here. If an American citizen tries to join ISIS or any other terrorist group, they should have their citizenship stripped. That means for those who go overseas to wage Jihad, the door will no longer be open to them to return here. And before the left starts screeching over this, Hillary Clinton supported very similar legislation. Cruz supports President Trump’s embattled plan to temporarily ban refugees from seven Middle Eastern countries. So do I. He just thinks it only addresses half the problem and he has a point. We don’t want trained, battle hardened Jihadists returning to the US after going on a killing spree.

When previous versions of this bill were submitted, some civil libertarians threw a fit. They claim it would give the federal government expanded powers to revoke citizenship without due process. That’s rich considering they never decried Obama’s extension of federal powers. Under Cruz’s bill, anyone who lost their citizenship over alleged terrorist ties would have 60 days to request a due process hearing to challenge the decision. “The awesome and horrible power of being able to take away the citizenship of an American citizen would be turned over to an unnamed bureaucrat,” claimed Christopher Anders, senior legislative counsel for the American Civil Liberties Union’s Washington legislative office. It is not unconstitutional and I contend it would indeed stand if it went to the Supreme Court.

Sen. Ted Cruz, R-Texas, is renewing a push for Congress to pass legislation that would revoke the citizenship of any American who tries to join the Islamic State or other terrorist groups.

Cruz thinks that banning people from terrorist-stricken countries from entering the U.S. only deals with half of the problem, and that the federal government also needs to worry about U.S. citizens who may try the same thing.

“If an American citizen travels abroad and joins a terrorist group waging jihad on America, attempting to murder innocent Americans, this legislation would strip that individual of their U.S. citizenship, so that we would not have terrorists returning to America using U.S. passports,” Cruz told the Washington Examiner.

Hundreds of Americans have tried to join the Islamic State in recent years, according to Cruz. He said another 124 U.S. citizens or green card holders have traveled overseas to join other jihadist groups in the years since the September 11, 2001 terrorist attacks. “This should be an idea that even Senate Democrats can support given that Hillary Clinton, when she was in the Senate, supported very similar legislation,” he said.

Ted Cruz steadfastly stands by his bill. Rep. Steve King, R-Iowa has introduced it for consideration. Cruz says it uses the same process to revoke citizenship from terrorists that the government has used since 1926 to revoke citizenship from Americans who join foreign armies at war with the United States. That’s exactly right. “This legislation is a common sense step to recognize that people can [wage] war against America in more ways than one,” he said. “You don’t need to be a member of a nation-state military to be a terrorist at war with America.”

There is a good chance that the bill will pass in Congress considering the Trump administration’s agreement with its pretext. Additionally, a former Cruz staffer, Victoria Coates, now works for the White House National Security Council. Michele Bachmann of Minnesota in the House joins Senator Cruz in support for the bill. It is entitled the Expatriate Terrorists Act. Meanwhile, in the House of Representatives, Republicans Bachmann and Ted Poe of Texas also introduced bills that call for the United States to revoke the passports of Americans involved with groups like ISIS.

Bachmann puts it perfectly: “Those who have joined a foreign terrorist organization have taken up arms against the United States and our very way of life. By turning against their country, their passports should be revoked and if they’re naturalized citizens, they should lose their citizenship.” 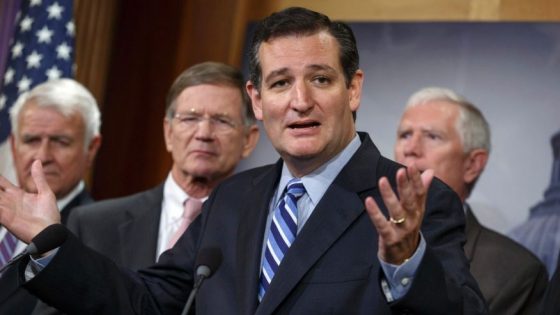