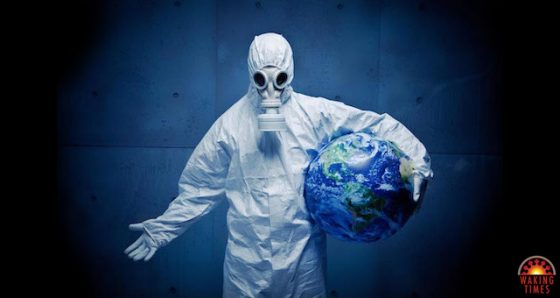 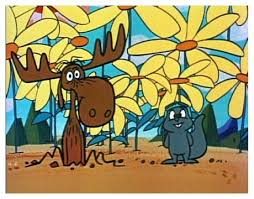 It should be noted that the first airing of The Rocky and Bullwinkle Show, at the time called, Rocky and Friends, happened back in 1959. I was only nine at the time while enjoying the characters and stories, looking forward with eagerness for each new show. The light hearted style had humor which could be enjoyed by children and adults alike. 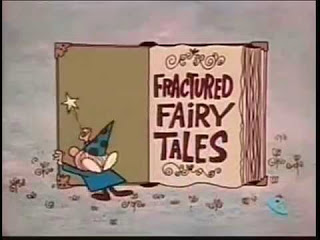 One of my favorite parts was the Fractured Fairy Tale portion in which short morality plays were offered; a little twisted perhaps, but entertaining none the less.  These skits were narrated by Edward Everett Horton, a master of elocution with just the right amount of sarcasm in his presentation to make me appreciate the English language.

Perhaps my upbringing under such influences has something to do with last week’s Primary lesson to the seven year old children.  We were talking about the powers which created the Earth, that being the priesthood power of Jesus Christ, who is also referred to as the Creator at times.

One of the children began telling from memory, the miracle of the fishes and loaves when the Lord fed the multitude as found in Matthew 14:17-20.

And they say unto him, We have here but five loaves, and two fishes.

He said, Bring them hither to me.

And he commanded the multitude to sit down on the grass, and took the five loaves, and the two fishes, and looking up to heaven, he blessed, and brake, and gave the loaves to his disciples, and the disciples to the multitude.

And they did all eat, and were filled: and they took up of the fragments that remained twelve baskets full.

I asked if they were aware that there were leftovers and there was enough of a pause for me to add, “You did know that Jesus is responsible for inventing Tupperware?  How else would he keep from having to throw away so much food?”

My team teaching partner for the day, Brother Reid, shook his head and wondered what other curious information had been shared with these young people.

It helps if you know how to smile and wink at the appropriate moment when telling children stories; they know when you’re pulling their legs, yes, they really do know.

How will the markets interpret the President’s remarks? Yesterday’s trading was one of caution with many asking can the President remotely accomplish any of his proposals especially in today’s hyper polarized environment.

I ask a different question. Is today really different than the polarization faced at other major turning points? Is the only difference that of social media, the news source for about 68% of society according to Facebook?

I vaguely recall the riots of the late 1960’s and early 1970’s and the animosity of that time, an animosity and bitterness discussed in my high school years of the mid to late 1970’s. Generally speaking, society has been rather quiet.

Today is more vitriolic than yesterday, but perhaps not as much as it was a generation ago.

The Dow should open considerably higher on the tone of the President’s speech. Fed fund futures contracts are now suggesting over a 80% chance of a March increase. The 10-year is off 10/32 to yield 2.44%.

Trevor rocks the crowd at CPAC 2017

Trevor Loudon will be screening his film, the Enemies Within throughout March. He also has some speaking engagements during this time. If you are in town, please join us!

Would you like Trevor Loudon to speak at your event?

Send an email to [email protected] 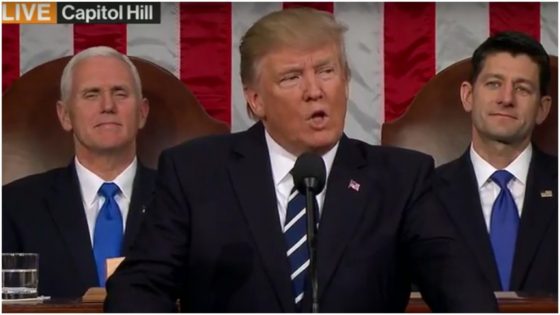 Remarks as prepared for delivery TO THE CONGRESS OF THE UNITED STATES:

Mr. Speaker, Mr. Vice President, Members of Congress, the First Lady of the United States, and Citizens of America:
Tonight, as we mark the conclusion of our celebration of Black History Month, we are reminded of our Nation’s path toward civil rights and the work that still remains. Recent threats targeting Jewish Community Centers and vandalism of Jewish cemeteries, as well as last week’s shooting in Kansas City, remind us that while we may be a Nation divided on policies, we are a country that stands united in condemning hate and evil in all its forms.

Tonight, as we mark the conclusion of our celebration of Black History Month, we are reminded of our Nation’s path toward civil rights and the work that still remains. Recent threats targeting Jewish Community Centers and vandalism of Jewish cemeteries, as well as last week’s shooting in Kansas City, remind us that while we may be a Nation divided on policies, we are a country that stands united in condemning hate and evil in all its forms.

Each American generation passes the torch of truth, liberty and justice — in an unbroken chain all the way down to the present.

That torch is now in our hands. And we will use it to light up the world. I am here tonight to deliver a message of unity and strength, and it is a message deeply delivered from my heart.

A new chapter of American Greatness is now beginning.

A new national pride is sweeping across our Nation.

And a new surge of optimism is placing impossible dreams firmly within our grasp.

What we are witnessing today is the Renewal of the American Spirit.

Our allies will find that America is once again ready to lead.

All the nations of the world — friend or foe — will find that America is strong, America is proud, and America is free.

In nine years, the United States will celebrate the 250th anniversary of our founding — 250 years since the day we declared our Independence.

It will be one of the great milestones in the history of the world.

But what will America look like as we reach our 250th year? What kind of country will we leave for our children?

I will not allow the mistakes of recent decades past to define the course of our future.