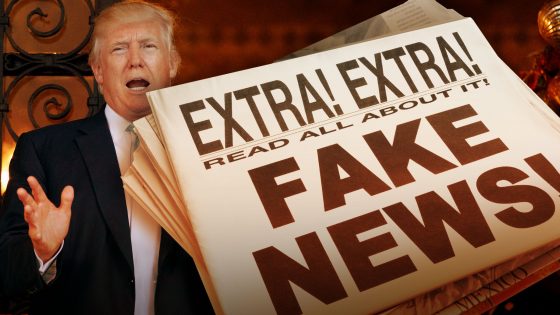 Your betters at the Harvard University Library have published a guide to “Fake News Sites” that includes a bevy of real news sites that happen to lean right. Among them: the Heritage Foundation, Conservative Review, and Wikileaks, the latter of which has revealed (whether you agree with its approach or not) some very real news indeed. 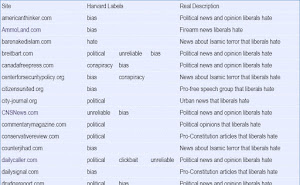 This, my friends, is a dangerous game. Just as Snopes and Politifact are reliable Democrat public relations outlets (remember when the latter played both sides on ‘If You Like Your Plan, You Can Keep It’?), anyone claiming to be an arbiter of truth is inherently suspect.

Because progressives always get it wrong, I’ll repeat. The market is the only arbiter for media. The marketplace of ideas dictates who wins and loses.

Based upon a simple comparison of ratings, MSNBC and CNN are considered very, very fake news when it lines up against Fox News. And which means National Public Radio is also faux news.

Some here’s my list of the top 50 sites labeled by Harvard as ‘False, Misleading, Clickbait-y, and Satirical “News” Sources’:

So my counsel is to visit all of these sites frequently.

Because Harvard’s full of sh**. But you already knew that.

Employers added jobs at an above average pace for a second month. The 235,000 increase followed a 238,000 rise in January that was more than previously estimated and was the best back to back rise since July.

Some are discounting the rise because of the unseasonably warm weather, but the data does coincide with a surge in economic optimism following Trump’s victory.

This data all but ensures the Federal Reserve will increase rates next week.

Has the trend reversed itself? The answer to this question is pivotal regarding monetary policy and interest rates and perhaps equity performance.

A case can be made that wage gains may remain modest (as was the case in both January and February’s data) because of this huge pool of labor which will permit the FOMC to maintain more of an accommodative policy than the headline data may otherwise suggest.

As noted many times and as indicative by every business and consumer sentiment survey, optimism is surging because of the election. Is this change in sentiment — aka the unleashing of animal spirits that have been caged since 2008 — going to translate into increased activity and capital formation that permits greater growth than anticipated?

If annual growth accelerates to over 3% for the first time in 10 years, the Trump administration may be viewed in the same light as General Patton, the abrasive general who was instrumental in defeating Hitler.

To place this anemic growth into perspective, according to the Bureau of Economic Analysis, this is the first time since record keeping commenced in 1929 that the economy did not grow at 3% or higher for one year in a 10-year stretch.

This record shattered the previous record of four year from 1930-1934.

If growth does accelerate to over 3% for a myriad of reasons, there is great potential that Main Street will outperform Wall Street.

Because of the data, fed funds futures are now suggesting a 30% chance of four interest rate hikes in 2017. Wow! This is the first time in over ten years the market is perhaps suggesting more hikes than thought on January 1.

What will happen this week? The Fed meeting concludes Wednesday; there is a host of inflation data, retail sales statistics, consumer confidence and housing information as well as a key vote in the Netherlands which may further impinge globalism.