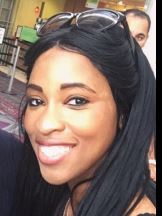 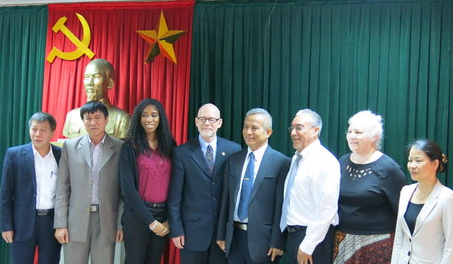 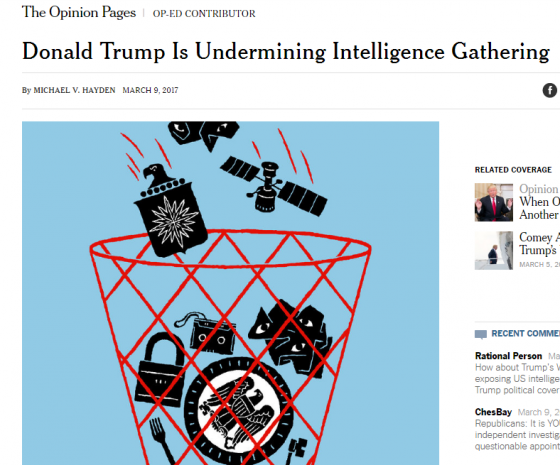 With massive leaks of classified information, some of them stemming from undiscovered moles in the intelligence community, the media continue treating former officials of the CIA and NSA who have presided over this debacle with honor and respect.

The Business Insider article, “7 things the CIA looks for when recruiting people,” is one of the worst examples of this obsequiousness. It is a plug for a book by former CIA and NSA director Michael Hayden, Playing to the Edge: American Intelligence in the Age of Terror. Hayden was once photographed with former CIA/NSA analyst Edward Snowden, who fled to Moscow after disclosing classified information that helped our enemies. Snowden posted the photograph on his Twitter page.

Hayden can’t be personally faulted for Snowden’s betrayal, but the series of leaks from the intelligence community certainly has cast doubt over hiring practices within the CIA and the NSA. Ironically, this is the subject that Business Insider wanted to know more about. In a video interview with the publication, Hayden “explains what the Central Intelligence Agency looks for in a candidate.” He listed the following characteristics as being attractive in a candidate: a second language, life experience, success, foreign travel and living in a foreign country.

He failed to mention love of country and living a moral lifestyle. He did say that the CIA goes to college fairs looking for candidates, and “We go to Arab-American week up in Dearborn, Michigan.” He explained, “Have a big tent up there where we talk to Americans of Arab descent. We recruit just like any other enterprise.”

The recruitment of Muslims during an “age of terror” involving radical Islamic terrorism is obviously problematic. But the idea of recruiting college students is also questionable. I asked former CIA intelligence officer Michael Scheuer who was behind the most recent leak of classified information from the CIA and he suggested it might be a product of our “rotten educational system that offers nothing in civic education or loyalty to the country.”

Scheuer, who ran the Osama bin Laden unit and retired in 2004 after a 22-year career, told me in an interview that when he joined the agency he was interrogated over potential background problems such as homosexuality and narcotics. By contrast, Obama’s CIA director John Brennan said he joined the agency after voting for the Communist Party USA ticket and got accepted anyway. Under Brennan, Scheuer noted, the CIA held a month-long celebration of LGBT “nonsense.” He added, “They’ve staffed the whole agency with it. The Obama administration definitely salted our security services and military services with people who felt like the Democrats are their protectors.” The implication is that these people may be behind the anti-Trump leaks coming out of the intelligence community.

The intelligence community is spared serious scrutiny for the obvious reason that journalists depend on their “anonymous sources” for news, leads and tips. In this case, the name of the game is taking down Donald Trump. But they could take America down with him.

Hayden wrote his own anti-Trump piece, “Donald Trump Is Undermining Intelligence Gathering,” for the March 9, 2017 New York Times. Interestingly, his book thanks Vernon Loeb, formerly of The Washington Post, for proposing that Hayden write his book. Loeb was supposed to be his collaborator but took a job with the Houston Chronicle instead. Loeb had covered the CIA and the Pentagon for the Post before becoming its metro editor.

With people like Hayden so clueless about the failures of U.S. intelligence in “the age of terror,” we have to wonder if the Trump administration will seek major changes and budget cuts in the intelligence community, which spends $50 billion a year.

Since President Trump first expressed reservations about the work of the intelligence community, the problems have only gotten worse. Scheuer told me that the recent CIA leak gives terrorists the ability to evade hacking tools that were used on their methods of communication.

But rather than examine the hiring practices at the CIA and other agencies, the House and Senate intelligence committees are mostly looking at allegations launched by anonymous sources from within the intelligence community against Trump and his “Russian connections.” These leaks appear to be the fulfillment of what Scheuer alluded to—the revenge of the Democratic staffers and sexual minorities put in place by the Obama administration. They have taken the offensive against Trump in order to protect their privileged positions.

Going beyond this dreadful possibility, the leaks could be a way to divert attention away from moles for Russia or China in the CIA and other agencies. This would be a classic case of communist-style disinformation.

Meanwhile, we can expect more damaging leaks, leading to possible terrorist attacks or blindness regarding the nuclear capabilities or intentions of countries like North Korea and Iran.

As expected, the Federal Reserve raised its benchmark lending rate a quarter of a point and continued to project two more increases this year. A minority had thought that the committee would suggest three increases as possible in 2017 given sentiment and employment levels.

Because the monetary timeline was left unchanged, stocks advanced and Treasuries surged. The dollar fell and oil rallied.

One can make the case because of the strong advance in Treasuries, more than a minority expected the Fed to change its monetary policy timetable and expectations.

As also indicated, oil gained over 2.25%, the result of a falling dollar and inventory levels. Inventories have been growing over the preceding weeks, growth I believe was the result of OPEC’s decision to pump all out in the months leading to the January 1 production cut.

I had verbally commented that inventories may be on the verge of declining because it historically takes about 45-60 days to ship the oil once pumped, thus suggesting the current production glut is in its final hours. The International Energy Agency (IEA) echoed a similar view Tuesday evening.

I also verbally remarked about falling super oil tanker rates, down about 45% from January 1, the result of empty tankers sitting idly with no charter rates. For about 30 months, tanker rates were achieving consecutive record highs, the result of strong demand from OPEC countries. Are falling tanker rates a harbinger of falling inventories? Logic and history suggest yes.

The Dow should open nominally higher. Oil is up on inventory drawdowns, the FOMC’s dovish message and a pro-European victory in the Netherlands. The 10-year is off 8/32 to yield 2.52%.