The Trump trade has officially been completely “unwound.” The 10 and 30 year Treasury yields have reversed themselves and are now at the lowest levels for 2017. Bloomberg writes the short interest in the Russell 2000 futures contracts have grown the most since 2008. Mega capitalized international growth issues are again outperforming.

Wow! Talk about change from January where Main Street — defined as the small and value caps — were surging over Wall Street and Treasury yields were gapping higher on hopes of regulatory and tax reform.

But the world has radically changed since January. Brinkmanship and nationalism — both patriotic and economic — is surging globally. The populist fervor in Europe is at levels not experienced since the 1930s. I believe this is not reflected in the markets for one primary reason.

As noted a gazillion times and according to the SEC, the markets have been co-opted by algorithmic and ETF trading utilizing technology over macroeconomic and geopolitical thought. Further referencing a December 2015 SEC statement, approximately 90% of equity trading and 95% of Treasury trading is done electronically and such an environment “has created an unbalanced playing field that is benefiting only a few.”

Bloomberg reported yesterday the number of stock and bond analysts are at an all-time low, a trend the newswires is projecting will continue into infinity given the vast proliferation and dominance of passive index trading where by definition the big gets bigger and the small gets smaller.

As noted above, the environment has radically changed. Historically, the markets are the greatest discounter of all events, but has this discounting mechanism broke because of the proliferation of ETFs and algo traders? Because of today’s trading mechanics, a strong argument can be made that yesterday’s performance is indicative of future performance, a phrase that it is forbidden in the securities industry.

I will argue yes, but I will also argue that reality will ultimately prevail, thus suggesting there could be a prolonged period of underperformance for the mega capitalized growth issues (a term in itself that is oxymoronic). When everyone already owns something or everyone is already following the same strategy, typically a prolonged period of underperformance commences.

Change is the only constant. What has changed however is the velocity of change. Ten months ago, few suggested today’s geopolitical environment where populism, economic and patriotic nationalism will again become the dominant philosophy and even fewer had suggested that brinkmanship will return to be the cornerstone of American foreign policy, the cornerstone that existed since 1945 and took a hiatus from 2009-2016.

The Dow should open nominally lower ahead of the commencement of first quarter earnings season and geopolitical uncertainty. Oil is quietly higher ahead of an inventory survey and Saudi Arabia’s comments that it is willing to extend production cuts. The 10-year is unchanged at 2.30%. 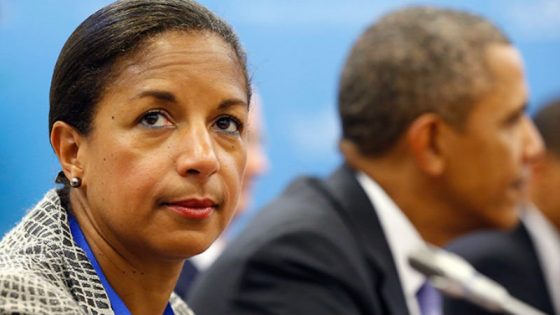 The Washington Post’s fact-checker, Glenn Kessler, recently gave Susan Rice four Pinocchios for a false and misleading statement regarding Syria’s chemical weapons stockpile. But what is notable about this story is not that Rice lied. She has done that many times. Rather, the remarkable part of this story is that the Post took so long to wake up to this Obama administration falsehood.

After all, Kessler’s evidence that Syria still had a chemical weapons capability reaches back two years, to a period during President Obama’s tenure. Why not, then, issue a fact check sooner? In 2016, Director of National Intelligence James Clapper assessed that “Syria has not declared all the elements of its chemical weapons program.” In addition, the Organization for the Prohibition of Chemical Weapons (OPCW) reported in 2015 and 2016 that it was “finding traces of sarin and VX nerve agent at Syrian facilities that had not been declared to inspectors or previously visited.”

“The reality is that there were continued chemical-weapons attacks by Syria—and that U.S. and international officials had good evidence that Syria had not been completely forthcoming in its declaration and possibly retained sarin and VX nerve agent,” writes Kessler.

AIM’s Cliff Kincaid recently exposed how the left-wing, mainstream media are currently covering for Obama administration officials’ lies about Syria’s chemical weapons stockpile by noting that these officials had referred to “declared” stockpiles. This was sold as nuance. However, as Kincaid notes, then Secretary of State John Kerry said, “We struck a deal where we got 100 percent of the chemical weapons out.”

But The New York Times carried an article on April 9 by Peter Baker, which quoted Antony Blinken, former deputy secretary of state under then-President Barack Obama, as acknowledging that regarding chemical weapons, “We always knew we had not gotten everything, that the Syrians had not been fully forthcoming in their declaration.” In other words, this is further evidence that the Obama administration was lying about the success of their negotiations.

These are not complicated lies, and not based in nuance. The Obama administration misled the American people, and Bashar Assad’s apparent recent sarin gas attack has made this impossible to ignore. Arguably, the Post is not willingly covering Obama’s tarnished legacy. Rather, it has been backed into a corner by world events.

I say “apparent” because we have learned not to accept all reports from U.S. intelligence agencies as factually accurate. Whether we are talking about the fall of the Soviet Union, the existence of certain WMD in Iraq, the Islamic State as the Junior Varsity, or Russia “hacking” our presidential election with the goal of helping to elect Donald Trump as president, we know that intelligence can easily be politicized, or just plain wrong. In this case, there are analysts and talk-show personalities on the left and right who question why Bashar al-Assad would drop chemical weapons on civilians at this juncture in Syria’s civil war, and who want to see the evidence before accepting it as fact. Perhaps it was the jihadis, e.g., al Qaeda, ISIS or the Al-Nusra Front, who stood to gain if much of the world were to condemn Assad for this attack. Others argue that it was a “wag the dog” scenario, suggesting perhaps collusion between Trump and Putin. The Times rejects all of these theories.

Congressmen from both sides of the aisle praised the cruise missile attack on Syria, and other congressmen from both sides condemned the attacks as playing into the hands of al Qaeda and other terrorist organizations. Peter Hitchens, writing for England’s Sunday Mail, argued that “Our ‘noble’ cause” was “Dropping bombs on behalf of Al Qaeda.” There are people on both sides of this argument who I respect, including some who argue that whoever was behind the use of chemical weapons, it was an important and useful message sent by the new American president.

For the purpose of this column, we’ll go with the conventional wisdom, i.e., that it was Assad who used chemical weapons against his own civilian population. We know that somewhere in the neighborhood of half a million people have died in this war since it began in 2011.

The agreement with Syria to ship out its chemical weapons was unenforceable and unverifiable. So, too, with the unsigned Iran deal, another Obama legacy item. “It will be very hard to verify the agreement since military sites—where Iran is likely to conduct covert nuclear-weapons work—are off limits to inspectors,” wrote Fred Fleitz for the Center for Security Policy in 2016. Fleitz previously worked for the CIA, the DIA, the State Department and the House Intelligence Committee. “The deal dumbed down the IAEA’s quarterly Iran reports,” wrote Fleitz, “making it difficult for the world to know the true extent of Iran’s compliance.”

In other words, the loopholes of the unsigned Iran deal are large enough to walk through. According to Newsweek, Germany’s “domestic security agency,” the BfV, reported in 2016 that Iran tried the year before to acquire illegal nuclear technologies, and boost its missile technology, “which could among other things potentially serve to deliver nuclear weapons.”

In December of 2015, we were told by The New York Times and other news organizations that Iran shipped “almost all of [its] stockpile of low-enriched uranium” to Russia, and that “For President Obama, the peaceful removal of the fuel from Iran is one of the biggest achievements in his foreign policy record.” Sound familiar?

And after Iran exported its heavy water to Oman, the U.S., and Russia, it received 130 tons of natural uranium from Russia this past January. David Albright, president of the Institute for Science and International Security, told the Associated Press that this uranium could be enriched to create as many as 10 nuclear bombs.

This is the dangerous pattern that emerged from Obama’s flawed, and often disastrous, leadership. First, the Obama administration would guarantee or approve of a political agreement with a bad state actor who had little incentive to adhere to the stated terms, and then that country ultimately cheated on the deal. In the meantime, Obama and his staff attempted to sell the agreement in glowing terms to the American public and Congress, and Obama’s adoring media were always eager to advance his narrative, regardless of the national security implications.

So, too, with the Paris climate accord. “The Paris climate-change agreement was deliberately negotiated to make it binding on the United States without Senate ratification and difficult for a future U.S. president to cancel,” wrote Fleitz. According to Coral Davenport of The New York Times, “Under the Paris agreement, every nation has formally submitted plans detailing how it expects to lower its planet-warming pollution.” However, she writes, “under the Paris deal, those numerical targets are not legally binding, and there are no sanctions for failing to meet them.” In other words, the Paris climate accord is a meaningless document for countries that are not committed to reducing emissions—but it sets a dangerous precedent here in America.

In Obama’s world, or if Hillary Clinton would have become president, we would have stuck to the draconian limits it placed on the U.S., while unilaterally surrendering more of our sovereignty to a UN bureaucracy, all in the name of saving the world from climate change. Obama claimed to have ratified the Paris accords with his signature alone, calling it an executive agreement rather than a treaty, because he knew the Senate would never approve.

China, in particular, claims, as part of the accord, that it will reduce its emissions intensity by 60 to 65 percent by 2030—when, by 2030, its carbon emissions would already be declining. Yet here at home, Obama was intent on strangling businesses such as coal plants to achieve a more ambitious and immediate climate goal, which in reality was a political goal.

The media have had, and will continue to have, a vested interest in preserving Obama’s foreign policy legacy. Yet Obama’s foreign policy failures could become more and more apparent over time, exposing how Obama diminished United States power into that of a paper tiger. Another stunning example was the administration’s response to the 2012 Benghazi attacks, where the military did not send military assets to combat the attack, but left the insufficiently protected personnel on the ground to deal with the terrorists. The administration claimed that they didn’t have time, or enough intelligence, to send in the armed forces. This is a preposterous lie. When will the mainstream media investigate these other scandals and flawed agreements? The Post should issue a fact check on these other pressing issues. Ample evidence already exists.