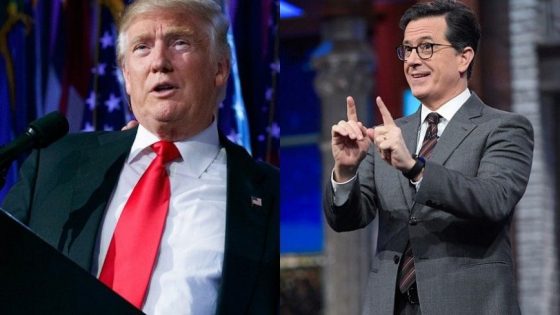 The progressive media, and their left-wing allies, have been on an endless binge of Trump-bashing that began even before Donald Trump took office as president. This Trump derangement syndrome results from the fact that during the campaign, and later when he was elected, Trump took firm hold of the national debate and reshaped it in his image. But progressives have their own dueling national narrative, one which they are trying to reassert through the use of allegations of Russian collusion and through a war on “fake news.”

Nicholas Kristof, in an opinion piece for The New York Times, argues that progressives need to show a greater respect for the citizens who elected Trump. “The blunt truth is that if we care about a progressive agenda, we simply can’t write off 46 percent of the electorate,” he writes. “So by all means stand up to Trump, point out that he’s a charlatan and resist his initiatives. But remember that social progress means winning over voters in flyover country, and that it’s difficult to recruit voters whom you’re simultaneously castigating as despicable, bigoted imbeciles.”

The endless vitriol is not just aimed at Trump voters, but at the President himself. In “Public-School Students Take On Fake News,” The New Yorker magazine describes how an after-school program launched by non-profit Mighty Writers “teaches media literacy to kids.” Media literacy, in this case, means being taught to hate and disparage our President. Annette John-Hall, “a former Philadelphia Inquirer columnist who now reports for public radio,” asked these kids, “When you think about our new President, give me a one-word descriptor.” Some of their responses: “‘Evil.’ ‘Dumb.’ ‘Racist.’ ‘Sexist.’ ‘Disrespectful.’”

According to The New Yorker, John-Hall responded, “There are facts to back up every single word you just used.”

This is nothing but pure indoctrination of future generations under the guise of public service. Our children are being taught not to differentiate between facts and lies, but to blindly repeat radical left-wing dogma.

The war on “fake news” could extend into the censorship of social media. Former Federal Election Commission chair Ann Ravel told a UC Berkeley audience that “We know that there’s a lot of campaigning that’s moved to the Internet, whether it’s through fake news or just outright advertising and there is almost no regulation of this, very little.” In the past, Ravel has called for the regulation of political websites such as The Drudge Report.

“Ravel claimed that the use of Facebook and other social media platforms by political campaigns is a problem,” reports Breitbart News. She also claimed that “by 2020 most of the advertising is going to move from television to the Internet”—i.e., to unregulated space.

But much as Trump, as a candidate, gained free advertising through his appearances on television news networks, the comedy show circuit has become a way to mobilize against his presidency. This is where much fake news exists today, where thinly-disguised vitriol masquerading as comedy or satire is aimed at Trump and his supporters in the name of humor. These comedy hosts can, in the name of levity, repeat any falsehood they fancy and feed it to an unsuspecting audience. On “Real Time with Bill Maher,” Maher’s guest, pro-Trump CNN contributor Jeffrey Lord, said that the Russians didn’t actually interfere with the vote tallies on Election Day. “Unless you can manipulate the votes in the machine, you haven’t done it,” said Lord.

Maher responded that “There are other ways you can affect an election, and one of them is to hack the emails of one side and release those as a slow drip, drip, drip, drip, drip.” When Lord said that the country needed to move forward, Maher replied, “Not if the country is being led by someone who was put there by a foreign power.”

According to Barack Obama’s Director of National Intelligence James Clapper, there is “no evidence” that the Russians colluded with President Trump to swing the election. And there is no evidence that the Russians interfered with election tallies. Yet allegations of Russian connections have become an article of faith for the mainstream media and liberal comedy hosts. But as we’ve pointed out on many occasions, Hillary Clinton’s financial and business relations with the Russians far exceeded anything that could be attributed to Trump.

CBS’s Stephen Colbert, of late show fame, included a sketch on his show which ended with a setup with “Trump/Putin 2016.” On NBC’s Saturday Night Live, besides Alec Baldwin’s ridiculous caricature of Trump that bears virtually no resemblance to reality, the show continues to parade a shirtless Putin acting as if he is the puppeteer of Trump. They all get in on the act: Samantha Bee, Chelsea Handler, the women of The View. Apparently it’s very good for ratings. And sadly, far too many viewers of these shows think they are getting actual, factual news. In fact, the venomous hatred packaged as clever commentary coming from the likes of Colbert, Maher, SNL and others creates a poisonous atmosphere for discussing serious issues. But, in reality, they aren’t that much different than the prime time line-up on MSNBC or CNN in terms of the hatred and negativity toward Trump.

Peter Weber, writing for The Week, asks, “Will Stephen Colbert lose his mojo when we inevitably get bored with Trump?” Josef Adalian of Vulture tells Weber that Colbert owes his rise in popularity to Trump. “But ‘Trump-related programming with a strong partisan edge is doing spectacularly well right now,’ and it seems clear Trump’s presidency has been ‘a significant factor in pushing Colbert over the top in recent weeks,’” observes Adalian, according to Weber.

And this mindset isn’t confined to just so-called late night and comedy shows. The Hollywood Reporter recently cited many scripted shows—such as Quantico, Madam Secretary, Scandal, and Designated Survivor—that include story lines or characters that are meant to be disparaging to Trump. After eight years of silence while scandal after scandal plagued the Obama administration, though it was rarely reported that way, these Hollywood honchos are feeling all anti-establishment again, and morally superior to boot.

Colbert isn’t just acting like a partisan—he, and other hosts, just make stuff up, sometimes using real headlines. They’re free to do it. Former FEC officials like Ravel shouldn’t look to solve the problem of fake news by censorship and regulating the Internet. There is plenty of fake news still being broadcast and published by mainstream news entities such as CNN, NBC, The New York Times and all the usual suspects. But this fake news, as well as news reporting on the alleged lack of Obama scandals, sells a narrative to the nation that undercuts Trump’s presidency and indoctrinates American citizens.