By: James Simpson | The Daily Caller

Capital Research Center has just released the second of its Dangerous Documentaries, America Under Siege: Soviet Islam. I can say without hesitation that this is the most important documentary released this year. Veteran researcher Trevor Loudon joins leading foreign policy experts to explain the nexus between international Communism and radical Islam.

This is a must-see documentary.

Anyone who has studied 20th Century history will know this rings true. During WWII, Islamists seeking to advance their cause in the Middle East joined with the Nazis, but with the Nazi defeat they lost their benefactors. The Soviet Union was quick to step in, creating its own Middle East proxies. In the 1970s, the Soviet KGB sent 4,000 agents into the Muslim world to cultivate connections and lure radical Muslims into the Soviet sphere. The Soviet KGB created the Palestine Liberation Organization and the Popular Front for the Liberation of Palestine and supported other terrorist groups with arms, training and anti-Israel, anti-American propaganda.

It also created the International Association for Palestine. One of that group’s members was Nihad Awad, currently the director of the Council on American Islamic Relations (CAIR). Awad came to endorse the terrorist group HAMAS, and today CAIR is at the forefront of efforts to shut down free speech and intimidate anyone who questions the tenets of Islam as “haters” and “Islamophobes.”

Meanwhile, he is advancing the Russians’ shared cause of bringing America to its knees. While we are being beset by incidents of Islamic terrorism, including the deadliest mass shooting in American history last year in Orlando, Florida, Islamists within our own government are preventing us from investigating these groups. This is poignantly reflected in the lack of enthusiasm for one of the most important pieces of legislation recently proposed: H.R. 377, the Muslim Brotherhood Terrorist Designation Act.

The film makes solid connections between Islamist organizations in the U.S. like CAIR and the Muslim Brotherhood front, the Islamic Society of North America (ISNA) and Putin-sponsored Russian organizations. It also reveals how they are working with Black Lives Matter and ANTIFA organizations – all actually communist groups who admit their goal is to destroy our nation. Donald Trump is just the latest excuse. Soviet Islam names names and organizations. It reveals the depth of the treachery ongoing in America today.

I repeat: this is a must-see documentary. Take the 26 minutes now to watch it, share it and make it go viral. If our “leaders” have any stomach left for leadership, perhaps this will finally spur them to join the effort to save our Republic. 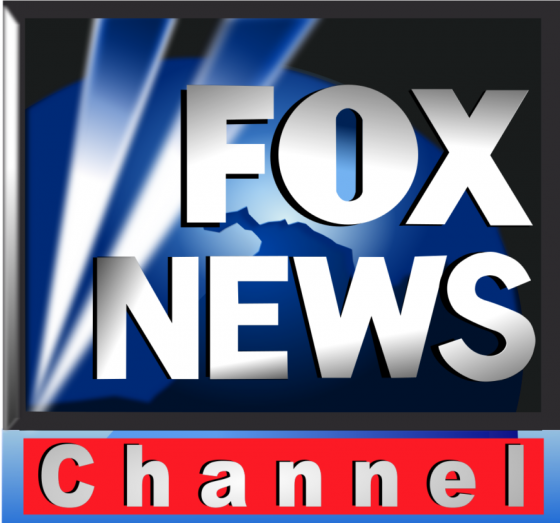 When Bill O’Reilly left Fox News he declared, “I am very confident the truth will come out and when it does I don’t know if you are going to be surprised, but I think you are going to be shaken as I am.” Some observers think he was referring not to the sexual harassment allegations against him, but to behind-the-scenes maneuvers by one of Rupert Murdoch’s sons, James, and his very liberal wife, Kathryn. Her bio says, “Between 2007-2011, Ms. Murdoch served as Director of Strategy & Communications for the Clinton Climate Initiative (CCI) where she also managed CCI ‘s partnership with Microsoft in the development of a global greenhouse gas emissions tracking software.”

In short, she is a globalist insider who sees the green hysteria as a viable way to control people and their lifestyles.

We warned back in 2007 in our column, “Rupert Murdoch Picks Liberal Son as Successor,” that James Murdoch was maneuvering to take control of Fox News. We also noted that James Murdoch “buys into global warming hysteria,” and that his liberal philosophy on environmental and other matters “could become the party line” of the Fox News Channel.

It turns out that his wife is more of an environmental zealot than he is.

Accuracy in Media had attended the annual meeting of the Fox News parent company, raising concern about James Murdoch’s increasing influence in the company and his attacks on conservative groups, such as the Competitive Enterprise Institute (CEI). He wrote an article for the Guardian attacking CEI for dispensing “inaccurate propaganda” about the global warming issue.

Of course, many conservatives regard the theory of man-made global warming as a hoax and a means by which government at many levels hopes to control, regulate and tax the use of natural resources.

Referring to the alleged effects of global warming, now called climate change, James Murdoch said, “We can have an enormous impact if we encourage our customers to make simple, effective changes in their lifestyles.”

That’s easy for James and Kathryn Murdoch to say; he is the heir to a multi-billion dollar fortune. “The Murdoch fortune now stands at around $14 billion,” noted the publication Inside Philanthropy in 2015. “Because Rupert seems to have zero interest in harnessing this wealth to philanthropy, that challenge will fall to his kids.”

One of the “focus areas” of the Murdochs’ Quadrivium Foundation is “natural resources.” But rather than exploit them for the good of humanity, the foundation supports “innovation” in their use. This is code, as James Murdoch suggested in his Guardian article, for restricting the economic lifestyle choices of consumers.

A link from their foundation directs people to the webpage of the Environmental Defense Fund (EDF) and an advertisement denouncing President Trump for “failing the environment.” Page 25 of the EDF annual report lists “Kathryn Murdoch, President, Quadrivium Foundation,” as a member of the Board of Directors. “At the end of fiscal 2016,” the report states, “EDF’s net assets stood at $217 million, providing a strong financial foundation as we pursue our ambitious environmental goals.”

With the Murdoch billions behind them, those “goals,” which include what the United Nations calls a new “economic development model” to replace global capitalism, could become a reality.

That was the goal, at least, until Donald Trump became president and, as AIM’s Roger Aronoff recently noted, indicated his determination to confront the global “climate change agenda.”

The Gateway Pundit website notes that Kathryn Murdoch regularly trashes Trump on Twitter. Indeed, her Twitter feed goes after many different conservative personalities and policies of all kinds. A collection of her most significant Tweets includes attacks on Trump aide Steve Bannon, and despondency over Trump’s election victory. On the other hand, she praised Fox News personality Shepard Smith for criticizing Trump.

Her Tweets have included messages such as:

The latter was a reference to a Lanny Davis pro-Hillary article on the Fox News website.

When her husband and his brother Lachlan move to the left, she is quick to retweet those comments, such as when they sent a letter declaring, “We deeply value diversity and believe immigration an essential part of America’s strength.” The letter was intended as a rebuff to President Trump’s effort to restrict the entry into the U.S. of illegal aliens and Islamic terrorists.

Despite the Murdochs’ disdain for the Competitive Enterprise Institute (CEI) and the likelihood that the group will receive less and less coverage from Fox News, its staffers are demonstrating significant clout with the new Trump administration. In regard to Trump’s promise during the campaign to withdraw from the Paris climate agreement, The Washington Times reports that Trump’s top advisers have received a unique proposal from CEI, arguing that the agreement be declared a treaty and sent to the Senate to be killed.

CEI’s interesting proposal would rectify former President Obama’s unconstitutional decision to make the Paris accord into an executive agreement, without the need for Congressional input or approval. By declaring it to be a treaty and sending it to the Senate, where it is not likely to get the necessary two-thirds vote for ratification, Trump could force lawmakers to take a stand on what CEI calls its demands for “regulations that will force Americans to pay more and more for energy.”

CEI’s message to Trump is, “Don’t listen to the Swamp. Please keep your campaign promise to withdraw the United States from the U.N. Paris Climate Treaty and send it to the Senate for a vote.”

The Fox News coverage of this showdown will be another indication of the pull that James and Kathryn Murdoch are starting to exert over the once “conservative” news channel.