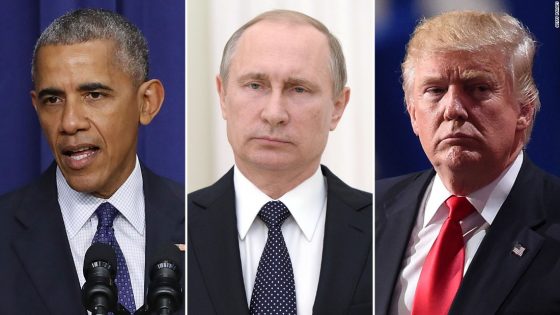 As he opened his Obama summit with Prince Harry on Tuesday, the former president of the United States must have been laughing himself silly. The Obama name is being put on schools, streets, and highways across the United States, while President Trump and his former opponent, Hillary Clinton, are  fighting off charges from the left and right of being Russian agents. Barack Hussein Obama must think he’s looking quite good by comparison.

To keep the focus where it should be, America’s Survival, Inc. will be featuring an impressive line-up of speakers at our November 10 Russia-gate conference in Washington, D.C. One of them, Joel Gilbert, the director of “Dreams from My Real Father,” will compare the writings and views of Barack Hussein Obama and Communist Party USA operative and suspected Soviet espionage agent Frank Marshall Davis, his mentor in Hawaii.

He explains, “In 1983, at the height of Cold War tensions between the Soviet Union and Ronald Reagan, Barack Obama was a senior at Columbia University. In his one and only editorial in The Sundial in March 1983 entitled ‘Breaking the War Mentality,’ Obama echoed Soviet anti-U.S. propaganda of the time, maintaining that the US ‘war mentality’ was the source of Cold War tensions. This propaganda, which was widely disseminated by the KGB, claimed that if only the United States would change its ‘war mentality.’ tensions would disappear, that the Soviet Union was in fact an innocent actor while the U.S. was belligerent. Obama’s article is an early indication of his pro-Soviet bias.”

Gilbert adds, “It’s no coincidence that Barack Obama’s ideological mentor Frank Marshall Davis, whom I maintain in my film ‘Dreams from My Real Father’ is in fact Obama’s biological father as well, spent the 1950’s doing the same as Obama did in 1983. In his columns in the Communist newspaper, The Honolulu Record, Davis flawlessly mirrored official Soviet propaganda. For example, he blamed American capitalism for starting World War II, denounced the Marshall Plan, and claimed Harry Truman was itching to start WWIII while bashing Wall Street. All evidence indicates Barack Obama was radicalized by Frank Marshall Davis during his formative years, and Obama’s pro-Russia policies in the White House were an outcome of Davis’ influence.”

Another fascinating tidbit about Davis is that he was not only a communist but a pedophile. The fact that Davis was “Obama’s sex teacher” while he was growing up in Hawaii helps explain Obama’s embrace of cultural Marxism and Hollywood as president. Also in Hawaii, as he was growing up under the direction of Davis, a young Obama became a member of the “Choom Gang,” a group of heavy marijuana users. In his new book, All Out War: The Plot to Destroy Trump, author Ed Klein says Obama is still smoking pot.

How a Marxist pot-smoking admirer of Red Russia could become president of the United States is the real mystery. Who protected Obama and why? What U.S. “Deep State” agencies knew about his relationship with communist Frank Marshall Davis before he was elected president as a “committed Christian” in 2008? Had the Russians already compromised Obama by that point? Join us on November 10 to learn the hard truth.

Other speakers at our event include Dr. Tina Trent, who will explain where the George Soros-financed drug legalization movement is heading; anti-communist analyst Trevor Loudon, on Marxist schemes to continue the fundamental transformation of America; and Constance Cumbey, an expert on the New Age and globalist movements for world government.

President Trump joked on Monday at a White House Halloween celebration that the spooks who came for treats were not Russian. The real joke is on him. He has been tricked into a sideshow battle with Hillary over Russia when the real Russian agent, his predecessor, is emerging as a lovable and much-admired ex-president.

A lot of tricks are being played. Join America’s Survival, Inc. on November 10 to sort out the tricksters.