“The politician that undertakes to improve a Constitution with as little thought as a farmer sets about mending his plow, is no master of his trade. If that Constitution be a systematic one, if it be a free one, its parts are so necessarily connected that an alteration in one will work an alteration in all; and this cobbler, however pure and honest his intentions, will, in the end, find that what came to his hands a fair and lovely fabric goes from them a miserable piece of patchwork.” Daniel Webster, 4th of July Oration, 1802.

We live in a time of constitutional illiteracy.  A recent survey found that only 26% of Americans can name the three branches of the federal government. Yet every Tom, Dick and Harry thinks he knows all about how to amend a document he never bothered to read.  Our lawyers were indoctrinated in law school with the Supreme Court’s perversions of our Constitution, and know nothing of our actual Constitution. We should read and learn the Constitution we have before we tinker with it or jump on the bandwagon of tinkerers.  Otherwise, we destroy the “fair and lovely fabric” we were given.

Under our Constitution, Congress makes the laws, and the President enforces them. The powers of “making” and “enforcing” are separated so that the President and Congress may act as a “check” on each other.

But 100 years ago, Congress starting passing laws they had no constitutional authority to make, and delegated the details to be written in by agencies within the Executive Branch. This process continued and resulted in the Code of Federal Regulations which contains the huge body of regulations made by agencies within the Executive Branch. And thus we got the unconstitutional administrative law state under which every aspect of our lives is being increasingly regulated and controlled. 1

And now appear those who, under the promise of limiting the regulatory administrative law state, propose an Amendment to our Constitution which would legalize it!

1. Only the Legislative Branch has Constitutional Authority to make Laws

Article I of our Constitution created the Legislative Branch of the federal government.  Section 1 thereunder says:

“All legislative Powers herein granted shall be vested in a Congress of the United States, which shall consist of a Senate and House of Representatives.”

That means what it says.  Only Congress may make laws [and laws are restricted to the powers granted in the Constitution]; and laws may be made only by elected Senators and Representatives in Congress.

Article II of our Constitution created the Executive Branch. A primary function of that branch is to enforce laws passed by the Legislative Branch. Since the President’s Oath is to “preserve, protect and defend” the Constitution, he is obligated to refuse to enforce any Act of Congress which is unconstitutional.

3. Rulemaking by Agencies in the Executive Branch

But during the early 1900s, Congress began to make laws outside the scope of the handful of powers granted to the federal government, and delegated the details to be written by unelected bureaucrats in the Executive Branch.

This is now routine practice: Congress passes an overall statutory framework, and bureaucrats in the Executive Agencies write the rules to flesh it out. The Agencies themselves are often unconstitutional as outside the scope of powers granted in the Constitution. 2

To illustrate:  Congress passed – without reading – the over 2,000-page Obamacare act. Then it went to the Department of Health & Human Services (an unconstitutional federal agency) to have tens of thousands of additional pages of regulations added to fill out the framework.

This unconstitutional practice resulted in the infamous Code of Federal Regulations. The Code is so huge it’s difficult to impossible to keep up with the rules and revisions which pretend to regulate one’s trade, business, or profession.

The administrative law state and agency rules are unconstitutional!  They violate Art. I, § 1, US Constitution, and are outside the scope of powers granted to the federal government.

So, what’s the solution?

Roman Buhler of the “The Madison Coalition” says we should support the “Regulation Freedom” Amendment to the US Constitution:

“Whenever one quarter of the Members of the U.S. House or the U.S. Senate transmit to the President their written declaration of opposition to a proposed federal regulation, it shall require a majority vote of the House and Senate to adopt that regulation.”

Do you see the trap the amendment sets?  It would legalize rulemaking by federal agencies in the Executive Branch and would thus supersede Article I, §1 of our Constitution!  And the entire existing Code of Federal Regulations and the rulemaking process itself – which now violate the Constitution – would be made constitutional! 3

The amendment would thus bring about a fundamental transformation of our Constitution from one where Laws are made by elected Representatives on only a handful of enumerated powers; to the administrative law state where laws are made by unelected, nameless, faceless bureaucrats in the Executive Branch (the same branch that accuses, prosecutes, and judges violations).  The executive agencies would make whatever Rules they please—and they would stand unless Congress, which often doesn’t even read the laws they pass, overrules it.

But his amendment does the opposite – it legalizes all the existing federal regulations which restrict firearms and ammunition. Look at Title 27, Chapter II, Subchapter B, Parts 478 and 479 of the Code of Federal Regulations.  As of now, every rule in Parts 478 & 479 is unconstitutional as outside the scope of powers delegated in the Constitution; violates Article I, §1; and violates the 2nd Amendment. But with Buhler’s proposed amendment, all those rules would become constitutional!

Furthermore, the amendment would provide constitutional authority for the Bureau of Alcohol, Tobacco, Firearms and Explosives to make whatever future rules they want – and they would all be constitutional unless Congress objects and votes against them.

So the amendment vastly increases the powers of the federal government by legalizing what is now grotesquely unconstitutional.

We are in a state of moral, religious, intellectual, and psychological decline. We don’t know what our Constitution says, and didn’t bother to find out. We elected people who didn’t know and didn’t care – and they made a mess.

To fix the mess, we must learn and enforce the Constitution we have and elect people who know it and obey it.  We can gradually downsize the federal government to its enumerated powers. And as to Buhler’s proposed amendment, heed Daniel Webster’s warning:

“…If an angel should be winged from Heaven, on an errand of mercy to our country, the first accents that would glow on his lips would be, Beware! Be cautious! You have everything to lose; you have nothing to gain. We live under the only government that ever existed which was framed by the unrestrained and deliberate consultations of the people.  Miracles do not cluster.  That which has happened but once in six thousand years cannot be expected to happen often. Such a government, once gone, might leave a void, to be filled, for ages, with revolution and tumult, riot and despotism…”Webster’s Oration.

1 Administrative law judges in Executive Branch agencies decide whether violations of agency rules have occurred. The agencies thus act as lawmaker, prosecutor, and judge!  Isaiah 33:22 says God is our Judge, Law-giver, and King. Because humans are corrupt, our Framers separated the functions into three separate branches of government: Legislative, Executive, and Judicial.  And since the Oath of Office requires persons within each branch to obey the Constitution – not the other branches – each branch has a “check” on the other branches.

3 Our existing, but long ignored, Constitution limits federal power to the enumerated powers.  But the proposed amendment would supersede that limitation because it permits the exercise of federal power on whatever the Executive Agencies make rules about! 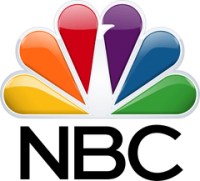 Moments after the dismissal of Matt Lauer for “inappropriate sexual behavior in the workplace” NBC issued the following statement:

“Dear colleagues, on Monday night we received a detailed complaint from a colleague about inappropriate sexual behavior in the workplace by Matt Lauer,” Lack wrote. “It represented, after serious review, a clear violation of our company’s standards. As a result, we’ve decided to terminate his employment.”

“While it is the first complaint about his behavior in the over twenty years he’s been at NBC News,” Lack continued, “we were also presented with reason to believe this may not have been an isolated incident. Our highest priority is to create a workplace environment where everyone feels safe and protected, and to ensure that any actions that run counter to our core values are met with consequences. No matter who the offender, we are deeply saddened by this turn of events but we will face it together as a news organization — and do it in as transparent a manner as we can.”

I find it interesting NBC would bring up the issue of Core Values; quite frankly it might appear to be the first time NBC was aware that Core Values exist.  I took my puppy to the veterinarian yesterday and one of the first things they did was conduct a core sample to see if she had worms.  Maybe that’s the kind of core values NBC claims to have.  How’s that for imagery?

For a company that is supposed to report the news, NBC would seem to be in the business of hiding the news in order to keep their own from being exposed.  Their coverage, or lack thereof, during the past presidential campaign and election would be one of many as can be summed up in an article by Wayne Allyne Root written back on August 10, 2016.

“It’s so bad that NBC News now stands for NO BAD CLINTON NEWS.”

Root went on to destroy the credibility of NBC as they failed to report anything on Hillary Clinton other than pure fluff rather than inform the public of the criminal nature of their pre-ordained President.

When a real news item happened like, the bombing in Barcelona by radical Islam terrorists that killed and maimed innocent folks, “NBC gave the Barcelona terrorist attack four minutes and 32 seconds of total airtime while they gave Trump related stories seven minutes and 34 seconds. Time totals don’t include teasers or commercials.”

This list could go on for quite a bit.  Some of you might not be old enough to remember back in 1993 when NBC rigged a GM pickup truck’s gas tanks with incendiary explosives so it would ‘prove’ how dangerous those trucks were.

“In an extraordinary public apology, NBC said Tuesday night that it erred in staging a fiery test crash of a General Motors pickup truck for its “Dateline NBC” news program and agreed to settle a defamation suit filed by the auto maker.”

About the only Core Values NBC have come with a fake applause sign as a means of improving viewer ratings…and even those ratings are in question.

I’ll close with my original thought; does NBC have any Core Values, something other than a lust for money and power?

The Soros-funded movement to legalize drugs now wants to make “mind-expanding” drugs more available, even mandatory, in order to erase traditional Christianity and transform consciousness through “New Age” practices. Dr. Tina Trent, a researcher for www.sorosfiles.com, explains how promoting “psychedelic medicine” will lay the groundwork for this insidious campaign. 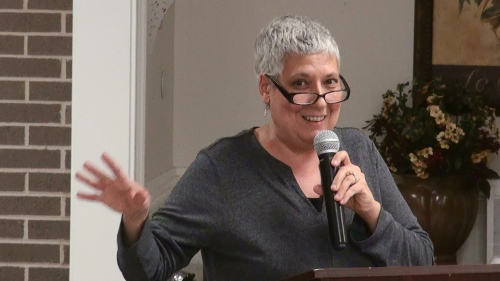