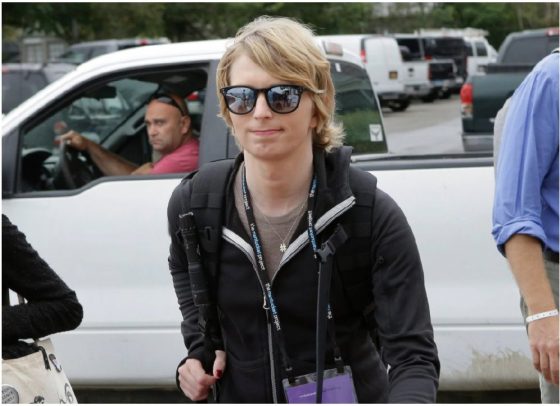 Maryland, you had better not elect this radical. He’s not only a traitor and mentally unstable, he hates cops and America. He’s an activist that joins with Black Lives Matter and Antifa. And Chelsea Manning (formerly Bradley Manning) is now running for the US Senate in Maryland. It wasn’t bad enough that he released hundreds of thousands of national intelligence documents to WikiLeaks, a Russian propaganda outlet, now this traitor wants to be elected to foment chaos in our political system.

Manning just released his first campaign ad today and it ends by saying, “You’re damn right we got this.” This is a cop-hater. He also hates the military, the government, our leaders and America in general. He will now challenge Sen. Ben Cardin (D-MD) for his Senate seat. This is an outright gift to the Republicans in that state. Manning doesn’t stand much of a chance of winning unless someone with lots of money backs him… like say, George Soros. Manning’s statement of candidacy was filed with the Federal Election Commission last week. He confirmed his bid today on Twitter.

Manning, 30, has now turned into a transgender activist who claims that he is “a Washington D.C. based network security expert and former U.S. Army intelligence analyst.” Only in regards to leaking documents and betraying the military. At an appearance in New York in October, Manning was asked whether he’d been afraid that his disclosures would hurt people by exposing the names of informants. He insisted the material included no such sensitive information.” If you weren’t mad already, get ready for it. “These aren’t intelligence documents,” Manning said. “It’s historical data. There’s nothing sensitive in there, there’s no troop movements,” Manning said. “It was a historical record of everything that had happened in Iraq and Afghanistan.” What a lying traitor.

“We live in trying times. Times of fear, of suppression, hate,” Manning says as images of the white supremacist rally in Charlottesville, VA and protesters clashing with police are shown. “We don’t need more or better leaders, we need someone willing to fight,” he continues. The ad then shows images of lawmakers, including Democrats meeting with President Trump. “We need to stop expecting that our systems will somehow fix themselves, we need to actually take the reigns of power from them,” Manning says. “We need to challenge this at every level. We need to fix this. We don’t need them anymore, we can do better. You’re damn right we got this,” he says to end the ad, using his well-known hashtag #WeGotThis.

Then Manning tweeted a link for campaign contributions. A felony conviction does not appear to preclude his Senate run. However, Manning has yet to file for the primary with the state elections board, which he must do in person by Feb. 27, according to the board’s website.

Manning got 35 years for releasing confidential military and State Department documents. One of the last things Obama did was to pardon him. Since leaving prison, Manning has become known for controversial tweets, often accompanied with a series of emojis and the hashtag #WeGotThis. Manning recently tweeted out the message “f—k the police” on Law Enforcement Appreciation Day, along with the hashtag #DisarmThePolice. Manning has also referred to Immigration and Customs Enforcement as “literally the new gestapo.”

Maryland can do better than a commie, cop-hating transgender traitor. We have enough radicals in the streets. We don’t need any more in the Senate.

Cop-hating criminal Chelsea Manning has filed to run for the Senate in Maryland.https://t.co/BKYCSREm4E#SaturdayMorning #ChelseaManning

Chelsea Manning running for office is a gift to the Republican Party.

Now, democrats are forced to either back a criminal or disavow a cop-hater, which will anger its police-hating base.#SaturdayMorning #ChelseaManning

Chelsea Manning, the transgender former Army private who was convicted of passing sensitive government documents to Wikileaks, has filed to run for the U.S. Senate in Maryland, according to federal election filings. https://t.co/WrLGJhS8UU

Chelsea Manning has decided to run for the U.S. Senate. The last place that traitor and cop-hater belongs is in the Senate. He's a disgrace to this country.

police kill hundreds of people every year with absolute impunity 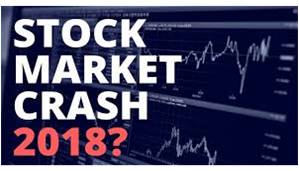 Any administration that hangs its laurels on the stock market is lacking any shred of common sense. A wise man once said, “Never hang your crown on a roller coaster… it won’t last the ride.”