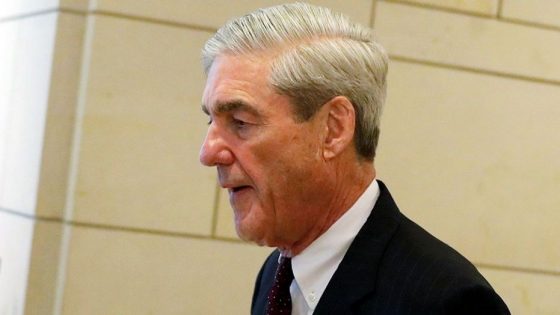 A federal grand jury in the District of Columbia on Friday indicted 13 Russian nationals and three Russian entities accused of interfering in US elections. The Russians probably aren’t here in the US, so this is mostly symbolic, but Mueller and others know it is a certainty that the Russians will meddle in the upcoming elections. I’m heartened that someone is at least taking the threat from Russia seriously. I think this also goes a long way to dispelling the Trump collusion nonsense. Although, Trump is by no means out of the woods just yet concerning Mueller. Evidently, the Russians were trying to cause massive chaos as I’ve said before and were even supporting Bernie Sanders, which actually makes sense.

The Russians are accused of having a “strategic goal to sow discord in the US political system, including the 2016 presidential election.” It’s a pity they don’t state that the Russians have been doing this for decades, it was just politically expedient to finally acknowledge it. No Americans were swept up in these indictments which is good news as well. You can read the indictment here.

The Department of Justice has issued charges against 13 Russian nationals involved with the Internet Research Agency, an organization at the center of fake news and trolling during the 2016 presidential election. The Russians stand accused of spreading derogatory information about Democratic presidential nominee Hillary Clinton, denigrating Republican candidates Ted Cruz and Marco Rubio, and supporting Democratic candidate Bernie Sanders and then-Republican candidate Donald Trump. None of these candidates however colluded with the Russians. It was Russia doing what Russia does… creating havoc to mess with the United States. It’s soft warfare.

The indictment states that the defendants spread derogatory information about various candidates throughout the 2016 campaign and by “early to mid-2016” were supporting Trump’s presidential campaign. And I contend that was only to cause massive conflict. They didn’t really care who got in, the Russians were building files on all the candidates. The Russians did purchase political ads on social media as bots and trolls. They also staged political rallies inside the US while pretending to be grassroots groups. It’s classic subversion and Russian Spycraft 101. The indictment charges, for instance, that Russians paid an American woman in Florida to dress up as Hillary Clinton in a prison uniform and paid another American to build a cage large enough to hold her.

“Some defendants, posing as US persons and without revealing their Russian association, communicated with unwitting individuals associated with the Trump Campaign and with other political activists to seek to coordinate political activities,” the indictment said. The 37-page charging document also contains allegations that two of the indicted Russians traveled to the US in 2014, visiting Nevada, California, New Mexico, Colorado, Illinois, Michigan, Louisiana, Texas and New York “to gather intelligence” and that the duo had discussed “evacuation scenarios.” These are spies and we should have intel units dealing with threats like this from both Russia and China.

Per Politico, the defendants also allegedly posed as Americans in online interactions with political and social activists, including one instance outlined by Mueller’s team in which they communicated with a “Texas-based grassroots organization” that advised the Russian nationals to direct their efforts toward “purple states like Colorado, Virginia and Florida.” The indictment alleges that the Russian nationals regularly began using the term “purple states” in subsequent planning.

I would hope those on the right that had a lovefest going with the Russians will come to their senses after this. They are not our allies and they are not our friends. They are a threat to our nation and our freedoms. They were trying to sow the seeds of discord to help destroy our government and have us at each other’s throats and to a certain extent, they succeeded. We don’t need more useful idiots for communists and we don’t need Alexander Dugin and Vladimir Putin trying to manipulate our country. Vigilance is survival when it comes to communists.