Is any of this illegal? Well, yet to be determined because no one asks the questions, much less do we know what questions to ask….

It boils down to this: ‘facts don’t matter, it is what readers believe’ or as is in A Few Good Men, a dream world is it does not matter what I believe, it matters what I can prove. Artificial intelligence is proven, believed and kinda sorta factual? 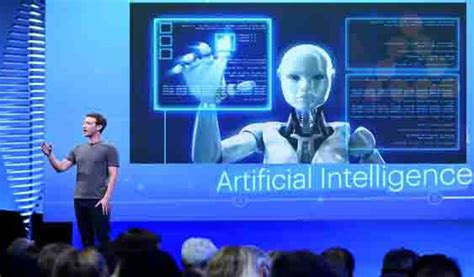 Facebook says it has saved more than $2 billion from its investments in Open Compute. But five years is an eternity on the Internet, and now every big tech company is out to conquer a different problem. Serving up content cheaply can be done, but figuring out what kind of content to serve among billions of posts is still a challenge. So, just as Facebook set out to rebuild the hardware industry half a decade ago with the Open Compute project, it has more recently created an internal platform to harness artificial intelligence so it can deliver exactly the content you want to see. And it wants to build this “machine learning” platform to scale. (“Machine learning” is a form of artificial intelligence that allows computers to learn how to operate without being pre-programmed.) “We’re trying to build more than 1.5 billion AI agents—one for every person who uses Facebook or any of its products,” says Joaquin Candela, the head of the newly created Applied Machine Learning group. “So how the hell do you do that?”

FBLearner Flow combines several machine-learning models to process several billion data points, drawn from the activity of the site’s 1.5 billion users, and forms predictions about thousands of things: which user is in a photograph, which message is likely to be spam. The algorithms created from FBLearner Flow’s models help define what content appears in your News Feed and what advertisements you see.

It would be easy to jump to the conclusion that Facebook’s use of artificial intelligence will help eliminate some of the company’s 13,000 employees. The reality couldn’t be more different, says chief technology officer Mike Schroepfer. AI is helping Facebook augment the capabilities of its human engineers. “We’re able to do things that we have not able to do before,” he says. More here.

Predicting individual traits and attributes based on various cues, such as samples of written text (8), answers to a psychometric test (9), or the appearance of spaces people inhabit (10), has a long history. Human migration to digital environment renders it possible to base such predictions on digital records of human behavior. It has been shown that age, gender, occupation, education level, and even personality can be predicted from people’s Web site browsing logs (11⇓⇓⇓–15). Similarly, it has been shown that personality can be predicted based on the contents of personal Web sites (16), music collections (17), properties of Facebook or Twitter profiles such as the number of friends or the density of friendship networks (18⇓⇓–21), or language used by their users (22). Furthermore, location within a friendship network at Facebook was shown to be predictive of sexual orientation (23).

This study demonstrates the degree to which relatively basic digital records of human behavior can be used to automatically and accurately estimate a wide range of personal attributes that people would typically assume to be private. The study is based on Facebook Likes, a mechanism used by Facebook users to express their positive association with (or “Like”) online content, such as photos, friends’ status updates, Facebook pages of products, sports, musicians, books, restaurants, or popular Web sites. Likes represent a very generic class of digital records, similar to Web search queries, Web browsing histories, and credit card purchases. For example, observing users’ Likes related to music provides similar information to observing records of songs listened to online, songs and artists searched for using a Web search engine, or subscriptions to related Twitter channels. In contrast to these other sources of information, Facebook Likes are unusual in that they are currently publicly available by default. However, those other digital records are still available to numerous parties (e.g., governments, developers of Web browsers, search engines, or Facebook applications), and, hence, similar predictions are unlikely to be limited to the Facebook environment. More here. 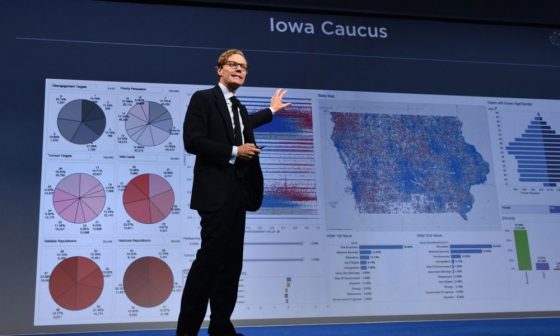 The data company that helped push Donald Trump to victory is now hoping it will win two lucrative contracts to boost White House policy messaging and to expand sales for the Trump Organization.

Cambridge Analytica, a data mining firm that uses personality profiling, claims Steve Bannon as a board member, who will soon officially be Mr Trump’s chief strategist.

The firm is backed by billionaire investor Robert Mercer, whose daughter Rebekah sits on the 16-person Trump transition team.

The London-based firm said it has marketing and psychological data on around 230 million Americans, which could help Mr Trump to increase his real estate business, or scope out the policy landscape for his government. More here.

In case you are wondering about global opposition research and affecting power to power with global leaders, check out this video:

Now this cat may appear to be quite an odd whistleblower but….

Christopher Wylie, who worked for data firm Cambridge Analytica, reveals how personal information was taken without authorisation in early 2014 to build a system that could profile individual US voters in order to target them with personalised political advertisements. At the time the company was owned by the hedge fund billionaire Robert Mercer, and headed at the time by Donald Trump’s key adviser, Steve Bannon. Its CEO is Alexander Nix.