Remember the outrage when sites all over the Internet published items that Soros owned the voting machines? Remember that same outrage when Soros invested heavily in the states’ secretaries that were responsible for the respective elections process?

Remember the outrage that a Russian investor was able to buy American uranium in a deal concocted by Hillary? We learned then about the Committee for United States Foreign Investment.

Remember the outrage when Obama deferred the ‘red-line’ chemical weapons removal in Syria to Moscow that killed thousands? Anyone remember the anger when Russia shot down MH17, a civilian airliner, killing everyone on board?

Remember that we have lost regard for the top ranks of the FBI due to the Russian investigation and the Hillary investigation?

Remember the horror and vote rigging reported across various states in the recent elections?

Our votes are the most sacrosanct privilege Americans have. Okay, so how about the very under-reported matter in Maryland?

See, it was not until AFTER the Justice Department announced the indictment of 12 Russian military intelligence officers for computer hacking that Maryland officials reached out to Rod Rosenstein. FBI officials in the Maryland office held a briefing with the Maryland officials and did not want to make the information public… that is due to a wider investigation on the matter. What matter is that? 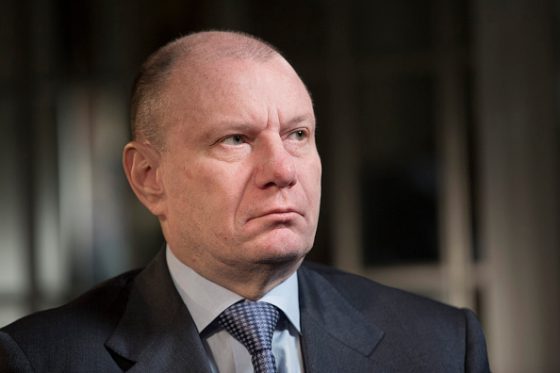 Four FBI agents informed state officials Thursday that a vendor Maryland has contracted with — ByteGrid LLC — to host data for statewide elections has ties to a Russian oligarch, Miller and Busch said.

Potanin acquired his wealth notably through the controversial loans-for-shares program in Russia in the early to mid-1990s.

He is one of the wealthiest men in Russia, with an estimated net worth of $15.9 billion, ranking 83rd on the 2018 Forbes The World’s Billionaires list, and 6th in Russia. His long-term business partner was Mikhail Prokhorov until they decided to split in 2007. Subsequently, they put their mutual assets in a holding company, Folletina Trading, until their asset division was agreed upon.

In January 2018, Potanin appeared on the US Treasury’s “Putin list” of 210 individuals closely associated with Russian president Vladimir Putin.

Busch said that Potanin is “very close” to Russian Pesident Vladimir Putin and that Altpoint’s managing partner is Gerald T. Banks, a Russian millionaire who changed his name from Guerman Aliev.

But Busch said the state has no evidence that Potanin or Banks had done anything untoward.

“We don’t have any idea whether they meddled in any elections at all,” Busch said.

Attempts to reach the companies were unsuccessful.

The Maryland officials also said they had no indication the Russian-linked firm had anything to do with the problems that arose shortly before June’s primary election in which more than 80,000 voters’ change of address and party affiliation requests were never forwarded from the Motor Vehicle Administration to election officials.

The Maryland news came hours after the Department of Justice indicted 12 Russian intelligence officers, charging that they hacked the computer networks of Hillary Clinton’s 2016 presidential campaign, the Democratic National Committee and the Democratic Congressional Campaign Committee.The 11-count indictment alleges that the Russian agents infiltrated the networks, implanting malicious computer code and stealing documents on field operations, opposition research and campaign analytics as a way of interfering with the election.

The charges include conspiracy to commit an offense against the U.S., aggravated identity theft and money laundering.

According to the indictment, the Russians posted stolen documents online and worked with an organization — unnamed but believed to be WikiLeaks — to spread them further, and take advantage of continuing tensions between supporters of Clinton and primary opponent Bernie Sanders.

The federal indictment charging 12 Russian includes an allegation that a Twitter account, @BaltimoreIsWhr, was set up to invite people to join a “flash mob” and to post images using the hashtag “#BlacksAgainstHillary.”

It is the latest revelation of how social media were used locally and nationally in an attempt to influence the election. Cyber security analysts in September told The Baltimore Sun that a Facebook ad that referred to the Black Lives Matter movement and targeted Baltimore users in the months following the 2015 riots was likely part of a broader effort by Russia to sow discontent and deepen racial tension.

In response to such ads, the General Assembly in April passed a bill requiring social media platforms and websites with significant traffic to track all political ads and record which users are being targeted. In May, Hogan expressed reservations that the law could be found unconstitutional and allowed the bill to become law without his signature.

The @BaltimoreIsWhr account has been suspended.  Read more here. 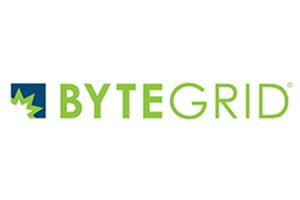 Election officials in Maryland along with Governor Hogan have asked the Department of Homeland Security for technical assistance to evaluate the network used by the state elections board. ByteGrid, interesting name, was bought by the Russian investor in 2015 without the knowledge of Maryland officials. ByteGrid hosts the entire state system including registration, online ballot delivery systems and unofficial election night results.

Oh yeah, one last item, Maryland was one of the states that had very suspicious online activity in the 2016 election according to DHS and the FBI. That suspicious activity was for online registration and in the ballot request system.

According to the ByteGrid website, they offer: “With ByteGrid’s Compliant Hosting Solutions you get security, compliance and control over your business-critical data. Our CISA and CRISC certified experts have you covered. Industry sectors include: Life Sciences, Health IT, Financial and Government.”