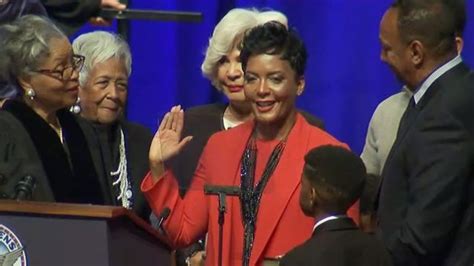 Mayor Keisha Lance Bottoms on Thursday signed an executive order for transferring all remaining U.S. Immigration and Customs Enforcement detainees out of the city jail and declaring that Atlanta will no longer hold anyone for the federal agency.

The Democratic mayor’s move follows a separate executive order from June that blocked the jail from taking in any new ICE detainees amid enforcement of the Trump administration’s “zero-tolerance” immigration policy on the southwest border, which split up many immigrant families. Bottoms has vigorously objected to that federal policy.

“Atlanta will no longer be complicit in a policy that intentionally inflicts misery on a vulnerable population without giving any thought to the horrific fallout,” Bottoms told reporters moments before signing her executive order. “As the birthplace of the civil rights movement we are called to be better than this.”

“The City of Atlanta should focus on cleaning up corruption and stopping crime — not creating more of it,” he said.

END_OF_DOCUMENT_TOKEN_TO_BE_REPLACED 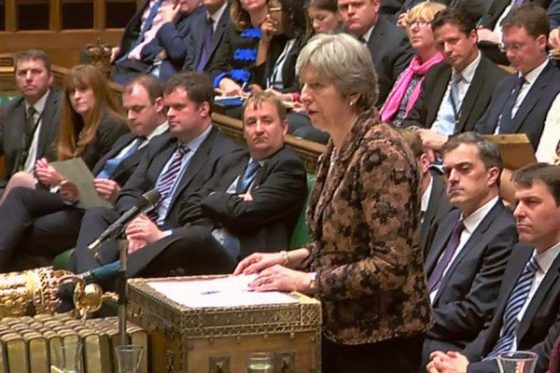 LONDON — The leaders of the United States, France, Germany and Canada on Thursday endorsed Britain’s assessment that a nerve-agent attack on a former Russian spy and his daughter in March was conducted by Russian military officers and “almost certainly” approved at a senior level of the Russian government.

The leaders urged Russia to provide a “full disclosure” of its Novichok nerve-agent program and said they would “continue to disrupt together the hostile activities of foreign intelligence networks on our territories.”

The joint statement was released shortly before London’s and Moscow’s envoys to the United Nations squared off in an emergency Security Council meeting called by Britain to brief diplomats on the investigation.

British ambassador Karen Pierce methodically outlined evidence that she said pointed to the Kremlin’s complicity in the attack, which occurred March 4 in the quiet English city of Salisbury.

Two Russians — using the names Alexander Petrov and Ruslan Boshirov — were charged Wednesday in absentia with attempting to murder Sergei Skripal and his daughter, Yulia, with Novichok, a military-grade nerve agent.

END_OF_DOCUMENT_TOKEN_TO_BE_REPLACED 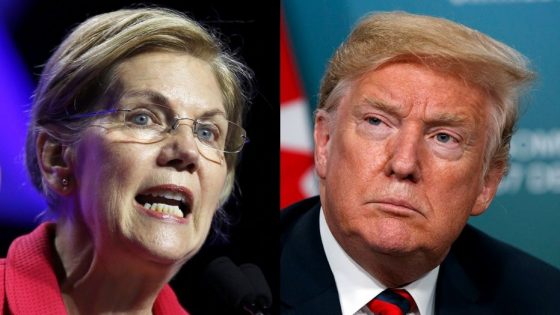 I’ve been watching the circus unfolding for the last few days that centers around the Woodward book, “Fear: Trump in the White House,” the anonymous New York Times op-ed and the Kavanaugh hearings. It’s all Kabuki Theater and in my opinion is nothing short of further attempts by the Democrats to conduct a soft coup and remove President Trump from office. It isn’t about Kavanaugh, it’s about the left still refusing to accept that Trump is the rightful sitting President of the United States.

This is an ongoing subversive revolt inside and outside of the White House and it has to be stopped. The left cannot accept the will of the American people and are taking steps to control our digital communications by seizing control of all social media and forcing Trump out of the White House. They’ve even got Antifa, radicals, and communists rioting in the streets.

Sen. Elizabeth Warren (D-MA) was waiting in the wings to pounce when the NYT op-ed hit penned by an anonymous Trump administration official who claims to be part of a “resistance” working “from within.” What’s more, another anonymous official has told Axios there are dozens and dozens of them. I’m sure there are. I said when Trump was elected the first thing he should have done was fire or exile everyone from the previous administration. Then he should have severely vetted who came in with intense background checks. That didn’t happen and here we are.

Now Warren is saying she thinks constitutional powers ought to be used to remove President Trump from office if he’s unfit to lead America. She claims there is a constitutional crisis in the White House. She’s right on that count… there is. Trump is being obstructed by a shadow government and he can’t do what he needs to do because of it. But if Warren thinks the 25th Amendment can be invoked, she’s nuttier than she looks.