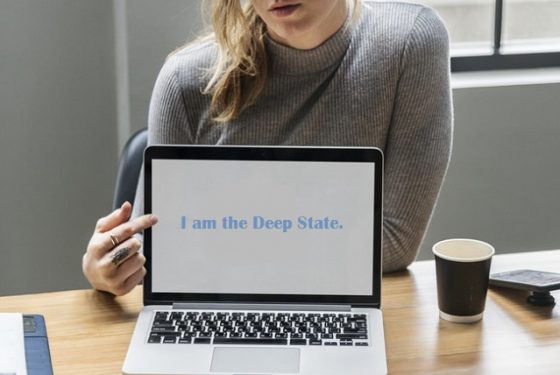 Project Veritas just released its latest undercover video, “Unmasking the Deep State.”  This first video focuses on a State Department employee who is both a poster child for the Deep State and a perfect example of why the federal bureaucracy needs serious reform.  Providentially, there is new legislation being considered in Congress that would do just that: the Merit Act (H.R. 559).

The Merit Act would greatly streamline the process for firing employees who are poor performers, insubordinate, or otherwise engaged in misconduct.  Since the election of President Trump, the bureaucracy, including numerous holdovers from the Obama administration, has been engaged in an unprecedented level of obstruction, leaks, and sabotage.  These bad actors call it “resistance.”  FBI and Department of Justice misconduct in the Trump-Russia probe and the Clinton email scandal is only the most visible component.

This is nothing new.  President Bush faced similar resistance from the bureaucracy, and going as far back as 1986, the Reagan administration had to contend with a State Department relentlessly working to derail his foreign policy.  In the intervening period, we have been treated to stories of almost incomprehensible incompetence and corruption in the federal bureaucracy.

END_OF_DOCUMENT_TOKEN_TO_BE_REPLACED 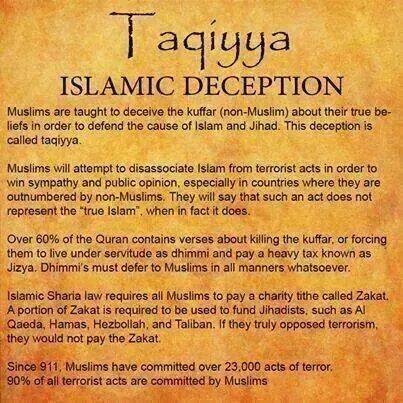 The anti-American, anti-Semitic activist jihada, Linda Sarsour, was a scheduled speaker at the annual convention of the Islamic Society of North America (ISNA), in Houston, Texas.  Last year, she called for jihad against President Trump and this year, she warns her “sisters and brothers” to avoid the trap of “humanizing” the Jews.

Born and raised in a shame-honor culture by “Palestinian” parents who made hijra to Brooklyn, New York, her messages, unsurprisingly, are directed against America and Israel.  Regarding the former, her words, “it is not our job to assimilate,” received applause from the audience.  Regarding the latter, she insists that only extermination will suffice. Her diatribe was designed to shame the attendees into vigorously supporting the Palestinian cause for the total destruction and Islamic replacement of Israel.  Any dialogue is discredited as an indication of weakness and perfidy towards Allah.  Islamic ideology specifies that holy war is a religious duty because of the universalism of the Muslim Mission and their obligation to convert everybody to Islam by either persuasion or force.  Sarsour’s purpose and rhetoric, intolerance, and death, are as old as Islam itself.

END_OF_DOCUMENT_TOKEN_TO_BE_REPLACED This week Trevor Loudon exposes U.S. Rep. Marc Veasey, D-Fort Worth, who was elected in 2012 to represent Texas’ new 33rd Congressional District. Rep. Marc Veasey is a member of the House Armed Services Committee, which has legislative oversight of America’s military. As you will see in the video, Congressman Veasey is working hard to bring illegal aliens into the military and founded the “Voting Rights Caucus,” all while working with members of the Communist Party USA through their front group, the euphemistically-named “Texas Alliance for Retired Americans.”

NOTE: Some have mentioned having difficulty seeing the video below – If you see a blank space, click on it. If that does not work, please leave a message in the comments. Thank you.