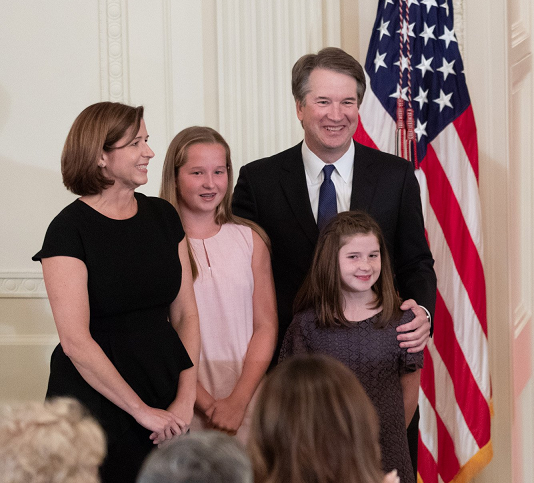 Brett Kavanaugh is now a justice on the Supreme Court; a tremendous victory for President Trump and America. Praise God! Last week, fake news media and Democrats flooded the airwaves with their narrative that Trump cruelly “mocked” Dr. Ford. Upon listening to what Trump actually said, I thought, “For crying out loud. All Trump did was expose the unreported facts of the case. And this is called mocking?”

The truth of the matter is fake news media and Democrats’ greatest weapon is their ability to dominate the airwaves with deceptions and lies which produce misinformed voters and Republican politicians fearful of telling the truth.

I knew Trump humorously explaining the absurdity of Dr. Ford’s claim was a home-run. He informed the public of the facts and secondly, it outraged the left which told me Trump’s explanation was effective.

Leftists have laid down the rules of political battle which most Republicans and GOP advisers sheepishly obey. Leftists’ rules say they are allowed to use any gutter immoral tactic they can conceive to defeat conservatives and Republicans. Meanwhile, any attempt by conservatives/Republicans to defend themselves is branded racist, sexist, homophobic and an expression of white privilege by fake news media and Democrats.