HILLARY 2020? ‘I’d like to be president’ — will decide on run after midterm election

5,000 US troops deploying to southern border in response to migrant caravan

When Will The US Begin To Sanction China?

HELPFUL MAP: Your Road To The Polls

A Vote for Socialism Is A Vote For State-Run Slavery

Netanyahu: ‘I Was Heartbroken and Appalled’ About Pittsburgh Shooting at Synagogue

Pittsburgh Rabbi Refuses to Blame Anyone but Gunman for Synagogue Shooting

CNN Panelist: Trump ‘Has Radicalized So Many More People Than ISIS’

German chancellor Angela Merkel will not seek re-election in 2021

Roger Simon: This Jewish Boy Is Going to Buy a Gun

‘F*ck you’! Lefties flip out after NYT spotlights inconvenient truths about Beto O’Rourke

National Conference on Jewish Affairs: ‘We Commend President Trump for His Heartfelt Expressions of Grief’

The Association of American Colleges and Universities (AAC&U) Board of Directors issued a comprehensive statement in 2006, whose combined language included helping students to connect their education to societal issues, change inequities, and to promote cultural empathy, pluralism, and diversity in a liberal education.  The key words for determining the value of today’s education, which are severely undermining western civilization, however, are Diversity, Equity, and Inclusion.

Diversity used to define the variety of learning experiences, opinions, and opportunities for a well-rounded education, but the term now applies to the students themselves – their gender, sexual orientation, ethnicity, race, and disability – and how they are to be divided and classified for acceptance into the institute of higher indoctrination.   Meritocracy, then, has been set aside for a quota system based on superficialities, which is passionately supported by the University of Michigan (U-M), among others.  It’s spending for the promotion of diversity and inclusivity, reported on October 10, 2016, was $40 million per year with an additional $85 million proposed over the next five years.  Another strategic plan for an “inclusive and equitable campus community” required $17 million, and $31 million would be taken from the university’s general fund – increased tuition (by 3.9 percent), student fees, and appropriations granted by state lawmakers – more than double the rate of inflation.  Liberal programs of propaganda are indeed expensive propositions. As we shall see, the key words are a whitewash of deception, while an assault is being waged against the very education that these students hope to obtain.

Lest we assume that U-M is alone in its objectives, Colorado State University has a “Bias Hotline,” where one may report any conduct, speech or prejudice that could be seen as intimidating, demeaning, degrading, marginalizing, victimizing, or threatening to individuals or groups based on that individual group’s actual or perceived speech or behavior.  This is, of course, a violation of the First Amendment, the freedom of speech, but also a means of robbing students of coping skills they’ll need in the adult world.  In keeping with the times, the U-M also implemented a hotline for citing microaggressions, discrimination, and incivility by students and instructors alike, where one might even report an offense at not being addressed by a preferred pronoun.

END_OF_DOCUMENT_TOKEN_TO_BE_REPLACED 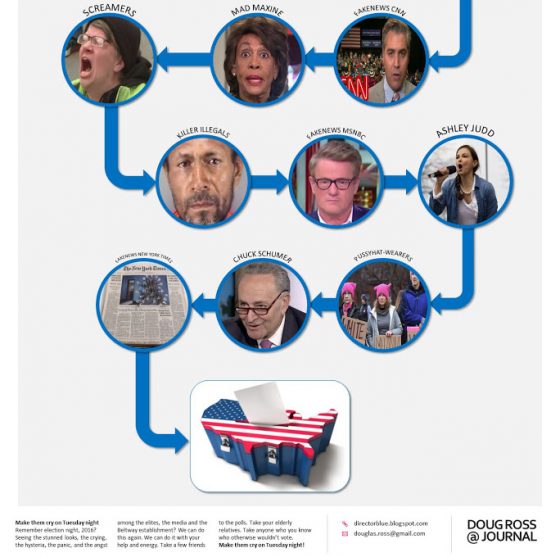 Can’t read the fine print at the bottom? It reads:

Remember election night, 2016? Seeing the stunned looks, the crying, the hysteria, the panic, and the angst among the elites, the media, and the Beltway establishment? We can do this again. We can do it with your help and energy. Take a few friends to the polls. Take your elderly relatives. Take anyone you know who otherwise wouldn’t vote.

Need to find your polling place? Click here. Say a prayer, then go out and vote! 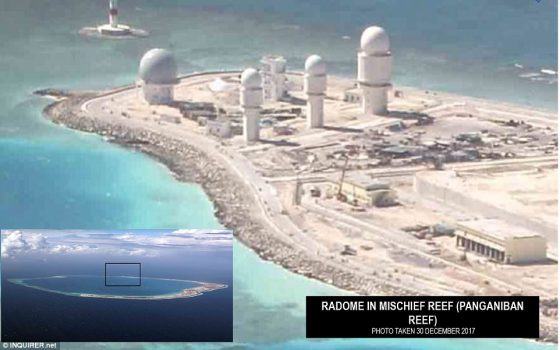