Trump announces plan to deny asylum-seekers who don’t show up at ports of entry, in latest major immigration policy shift

When Media Foist False Narratives to Sow Social Discord, They Indeed Are the Enemy of the People

On Point: China Prepares for Hot War and Long Struggle

Trump: Military Will Use Force If Migrants Resort to Violence

LOL! Big Chief Elizabeth Warren learns of an ethics complaint against her DURING her debate!

WATCH: Ted Cruz weighs in on birthright citizenship AND exposes the lies of Beto O’Rourke!

WATCH: Nikki Haley gets TOUGH with the UN after they condemn US embargo on Cuba

LOL! Satanists are SUING NETFLIX because a show portrays them as EVIL!!

Border official: three-quarters of migrants in the caravan are adult men

Tucker Carlson: Establishment Siding With Foreigners Over Its Own People, That Tells You Everything

‘Father of the Taliban’ is assassinated in Pakistan Beto O’Rourke speaks at the Texas Democratic Convention in June.

This week, Trevor Loudon exposes the radical ties of Texas Senate candidate Beto O’Rourke. While Beto presents himself as a candidate willing to work with all Texans, his hard-left policies reflect his many socialist allies. 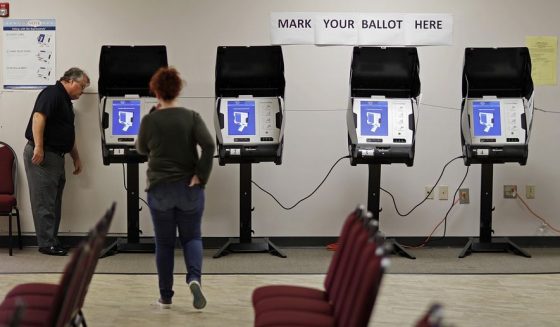 Voting day is almost here but millions of votes have already been cast. We can only hope the early voting ballots and the absentee ballots are part of the scrutiny the FBI will be assigned to validate.

In recent days, I have received emails from the FBI regarding assignments to watch for irregularities or abuses. As a sample of the FBI agent deployment, below is one example for the state of New Jersey. Here is another for the Washington, DC area. Boston, Indianapolis, Atlanta, Anchorage, New Orleans, Louisville, Omaha, Jackson, Tampa, Phoenix, Albuquerque, Milwaukee, and Pittsburgh are some of the other cities that have asked for and received FBI voter integrity assistance.

In democratic societies like the United States, the voting process is a means by which citizens hold their government accountable; conflicts are channeled into resolutions and power transfers peacefully. Our system of representative government works only when honest ballots are not diluted by fraudulent ballots. The FBI, through its Public Corruption Unit, has an important but limited role in ensuring fair and free elections. Election crimes become federal cases when: