Migrant caravans swell to 12,000, get some help along the way

U.S. militia groups plan to form their own caravan at the border

If We Don’t Enforce the Law, We Get Anarchy

You’re Not Hearing Anything About “Abolish ICE” This Week, Are You?

ABC Anchor: ‘Trump Is So Unpopular’, ‘Why Is This Not a Blowout?’

One Year, One Kilometer Apart … Same Persecution Of Copts

If You Want A Communist USA, Vote Democrat On Tuesday 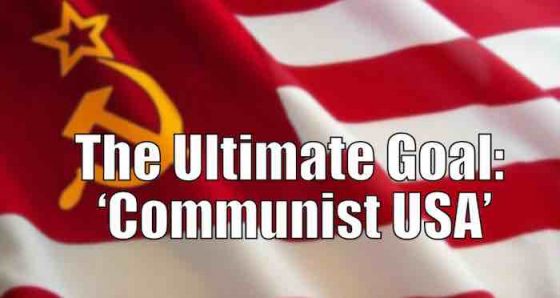 Today’s Democrat is not really a Democrat. As far back as the 1930s, the Soviet Union targeted the Democrat Party for infiltration. They were wildly successful during that time, especially in planting Soviet agents throughout the FDR administration. Those Soviet agents helped direct our war effort to save the USSR from the Nazis, wrote the founding document that formed the UN, created the World Bank and the International Monetary Fund, and saw to it that Mao’s Communists would take over China.

It only got better. Immediately following our victory in WW II, Soviet agents working in the Office of Strategic Services (OSS), the precursor to the CIA, saw to it that the American military was directed to Communist and pro-Communist Germans in the reconstruction of Germany, while anti-Communist Germans were discredited. They also sought to ensure only pro-Mao OSS agents advanced in the Chinese theater of operations. In the critical time before Mao’s Communists defeated Chiang Kai-shek’s Nationalists, Soviet agents in the Truman administration successfully prevented critical support from reaching Chiang.

Senator Joseph McCarthy, who correctly identified Communists working in the U.S. government, was successfully discredited by a vigorous, Communist-inspired campaign, aided by McCarthy’s political and bureaucratic opponents. McCarthy may have been a flawed individual, but he would have received that same treatment if he was Mother Teresa. The notion that the U.S. government was saturated with Communists had to be stomped out, and the messenger made an example of. The long-term consequence was a stifling of speech about Communism. It became the “C” word. Just mention the word and you were accused of “red-baiting.” Sounds a lot like all the “racist” charges leveled at open borders opponents, doesn’t it? Anyone using the “C” word could be pilloried as a “conspiracy theorist” despite the fact that Communism only survives as a conspiracy of lies. The truth kills it.

END_OF_DOCUMENT_TOKEN_TO_BE_REPLACED 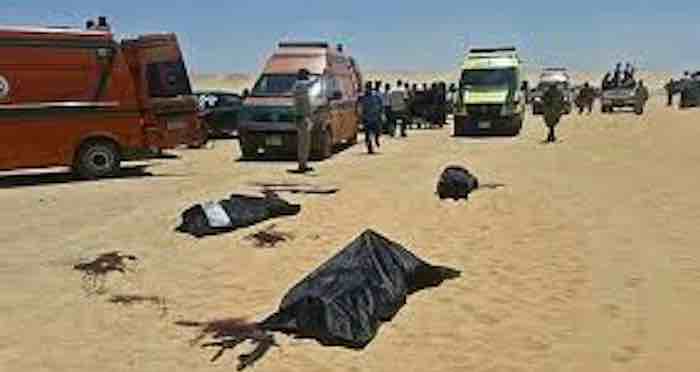 Once again, we are forced to report another deadly Islamic attack on Egyptian Copts. This latest attack on November 2 is almost an exact copy of the one that took place in the same location nearly one year ago.

A group of Coptic tourists from Al-Minya and Suhag, Upper Egypt, in three minibusses left the Monastery of Saint Samuel after their visit and prayers when two off-road vehicles filled with terrorists sped out of the desert to obstruct the caravan.

The first minibus escaped the scene sparing all the passengers after first slowing down when the driver believed that two military-like vehicles approaching him at high speed carrying uniformed men with machine guns were legitimate Egyptian military. The driver only realized they were terrorists at the very moment they opened fire on his windshield.

This driver also reported that the terror vehicles ambushed the second bus in the caravan to entrap it. The Muslims broke into it and forced the passengers to step outside while the third minibus was able to flee the ambush.

As per one survivor of the second bus, the Muslim men removed all cell phones from passengers and asked them to renounce their Christian faith and recite the following Islamic Shahada:

All Copts refused to convert to Islam. As a result, the Muslims opened gunfire on them murdering seven Christians and injuring thirteen. While the third bus fled, the Muslims fired into it, but the bus and passengers were able to escape the scene unscathed.

In May of 2017, a similar tragedy took place just one kilometer away from this incident when 28 Copts were killed and many injured. Copts paid a further price in the aftermath of that tragic event when the government halted all visits to their holy site for an extended period of time.

At the same time, a checkpoint of military soldiers and Egyptian police was installed at the entrance of the road heading out through the desert to the monastery, and only much later did the government allow visits to begin once again. This checkpoint was vacant when the three buses entered the road for their November 2 pilgrimage that ended in death.

Eyewitnesses reported that law enforcement never intervened against the attackers nor attempted to arrest them when police finally reached the crime scene.

As with all previous attacks targeting Christians, after this tragic crime, the Al-Sisi government propaganda machine emphasized that the goal of this attack was to divide Christians and Muslims in order to damage the unity of the country.

The Egyptian media cannot make claims to a goal that directly contradicts eyewitness testimonies that clearly show a religious motivation for the hijackers. Furthermore, if attacks on Egyptians occur to divide the country Christians would never be the constant target without exception.

Right now, 80 million Egyptian Muslims remain silent demonstrating indifference. None protest the killings nor stand beside Christians against Muslim religious crimes. What kind of unity is this?

Al-Sisi, who was able to clear the field of opposing candidates in the recent election making one arrest must now do his job and make arrests. In addition, offer real protection for the Copts.

Have the Coptic Orthodox Church leaders responded to this heinous crime? A statement was made by the Coptic pope and various bishops. In short, their words proclaimed satisfaction with martyrdom. There is a reluctance to object and willingness to accept and submit to Islam’s religious murder.

During the recent general assembly of the U.N. and the visit of President Al-Sisi to New York, Coptic bishops and priests urged all Copts to visit the U.N. to show support of Egypt’s president. This time the same clergy must urge Copts to stand up for themselves against the escalating violence inflicted upon “infidel” Copts by Islam’s adherents.

Otherwise, it is much better for the clergy to remain silent.