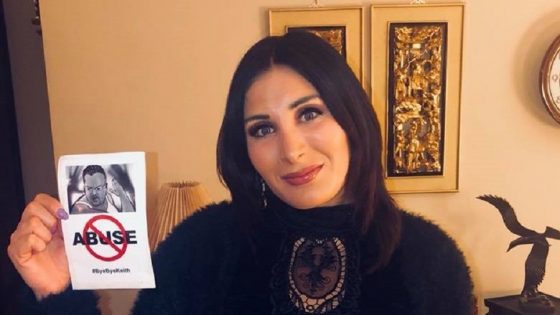 Laura Loomer not exactly a leading light of journalism. But I see no reason why Twitter would suspend a user for this tweet: pic.twitter.com/puf7BTB9qO

Loomer released a statement on The Gab. She bluntly stated that she was “silenced in America for simply telling the truth.” I don’t see any way to argue with that. Just as I was silenced on Facebook for simply being an editor on Right Wing News and writing the truth which was sourced. They didn’t like my political opinion or my reach, so I was silenced. I’m still on Twitter, but I fully expect at some point to join Laura in banishment there as well.

Rep. Omar, who is Muslim, has a history of anti-Israel comments and voted against a bill that would block efforts to boycott Israeli businesses.

“Israel has hypnotized the world, may Allah awaken the people and help them see the evil doings of Israel,” said Omar in a tweet from 2012, which she defended as recently as May 2018.

Additionally, as reported by The Daily Wire, “In 2017, the Minnesota House passed HF400, the ‘Israel Boycott Ban’ bill, which banned the state of Minnesota, including Minnesota colleges and universities, from contracting with vendors boycotting Israel. Omar voted against the bill, saying, ‘I would have loved to vote for a bill that expands our ideals of fighting against discrimination, that actually stood up against all discrimination. I don’t want to be part of a vote that limits the ability of people to fight towards justice and peace.'”

This censorship is out of control and something MUST be done about it. @realDonaldTrump pic.twitter.com/viQEwc6Wf9

Loomer also called on President Trump to do something about the “monopolistic” big tech companies silencing opposition. Right there with her on that issue. It’s way past time these tech giants who have a penchant for the censorship of free speech be busted up under the auspices of anti-trust legislation. “If you want to win in 2020, you have to ensure your supporters have a voice on social media,” Loomer told President Trump. That’s so very true. Loomer urged PresidentTrump to “get wind” of the situation, calling herself a “martyr for the cause.”

Paul Joseph Watson brought up the NYT’s tech columnist Sarah Jeong, whose racist tweets from 2014 were unearthed after she was hired by the newspaper. In a tweet from July 2014, Jeong wrote: “It’s kind of sick how much joy I get out of being cruel to old white men.” She also touted a #CancelWhitePeople hashtag. But hey… Twitter seems cool with that.

Loomer insisted that she did not violate Twitter’s terms. “Everything I said is 100 percent true and factual. It’s not malicious, it’s not mean, it’s not hateful,” she said. “My haters are celebrating today, and they are saying this is the end of my career, but I want everyone to know I’m just getting started. Everyone who knows me knows I don’t back down,” Loomer wrote as part of a statement on The Gab.

Some conservatives are calling this ‘political warfare’ and it’s hard to argue with that conclusion. But the conservatives who have been banned and purged will keep on fighting and won’t be silenced. If the left wants war, they’ll get it. Careful what you wish for.

Israel has hypnotized the world, may Allah awaken the people and help them see the evil doings of Israel. #Gaza #Palestine #Israel

Let that sink in

Here's the world we live in: @LouisFarrakhan called Jews "termites," yet he has not been banned from Twitter.

2 thoughts on “Laura Loomer Purged From Twitter And Facebook For Telling The Truth About Rep. Ilhan Omar On Islam”