Dems Expected Surrender — But This President Keeps His Promises

Theresa May to Face No-Confidence Vote Amid Brexit Disarray

Foreign Invaders at Border Try to Extort President Trump, Demand Either He Let Them in or Pay Them $50,000 Each

Graham Blasts ‘Liberals’ Ignorance’ on Border Security: ‘They Want Trump to Lose More Than the USA to Win’

Anyone old enough to remember the sin taxes? Well, seems California has proposed to take it to a whole new level to aid the poor… use cell phones… didn’t the Federal government do that with the Obama-phones? 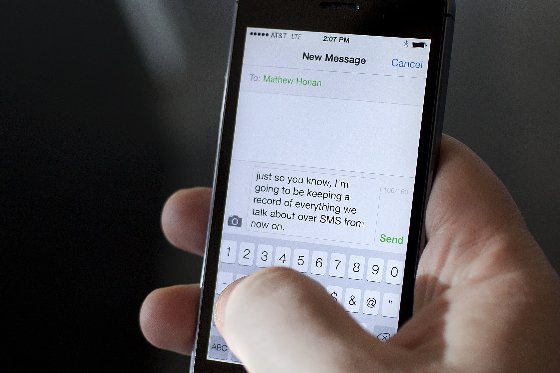 SACRAMENTO, CA (NBC NEWS) — California residents may soon have to pay a tax on texting.

According to KNTV, the public utilities commission is floating the idea to help fund programs that give low-income residents access to cell phones.

It’s not clear how much the texting tax would be or how it would be collected.

Several business groups have come out against the proposal.

One business group says the program is flush with cash.

But state regulators say the program is breaking the bank after the budget for the program has been raised 300 million dollars in six years.

The wireless industry says the texting tax would put them at a disadvantage over other free messaging services like Whatsapp, Facebook Messenger, Apple’s i-Message and others.

Mobile phone companies along with telecom providers are working to defeat this ridiculous proposal. There is no formal amount of the tax that has been announced, but frankly the poor in California actually need places to live and employment rather than cell phones. There is some chatter that just a flat fee added to the mobile service or a surcharge would be proposed versus some tax per text.

The Bay Area and the California Chamber of Commerce are looking to create a fund estimated to be in the $40-50 million range per year. Oh, wait… there is also some consideration to making these taxes retroactive going back 5 years. If that is the case, that fund would amount to well over $200 million.

A dense California Public Utilities Commission report laying out the case for the texting surcharge says the Public Purpose Program budget has climbed from $670 million in 2011 to $998 million last year. But the telecommunications industry revenues that fund the program have fallen from $16.5 billion in 2011 to $11.3 billion in 2017, it said.

“This is unsustainable over time,” the report says, arguing that adding surcharges on text messaging will increase the revenue base that funds programs that help low-income Californians afford phone service.

Telecom companies are already arguing that texting is an informational service like email and not a service under the authority of the commission’s authority.

Just imagine how much texting goes on through several platforms including iMessages, WhatApps, Skype or by Facebook. It is estimated that in one year alone, 3 trillion text messages are sent.

Often what begins in one state is later adopted in others. So, if you can stand it, it would be prudent to review the whole proposal by clicking here.

One more item going through the FCC:

The Federal Communications Commission says it is giving cellular carriers added authority to block text messages, saying the action is needed to protect consumers from spam or robotexts. But critics of the plan note that carriers are already allowed to block robotexts and worry that the change will make it easy for carriers to censor political texts or block certain kinds of messages in order to extract more revenue from senders.

Despite that, Pai is proposing to classify text messaging as an information service, rather than a telecommunications service. That’s the same legal classification that Pai gave to home and mobile broadband services as part of a December 2017 vote to deregulate the industry and eliminate net neutrality rules. The FCC has not previously ruled on whether text messaging is an information service or a telecommunications service.

An FCC vote on Pai’s plan is scheduled for December 12.