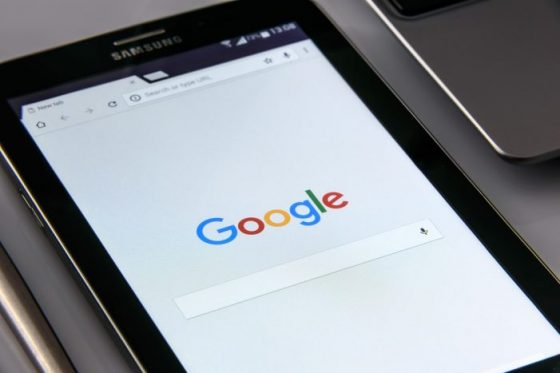 The humanitarian hoax of neutral Google searches is a dangerous example of destruction presented as altruism.

Google is an American multinational technology company that specializes in Internet-related services and products including online advertising technologies, search engine, cloud computing, software, and hardware. Google’s revenues in 2018 were a whopping $75 billion, and its market capitalization a staggering $791 billion – just behind Amazon’s market capitalization of $802 billion.

Google is currently the nation’s premier web-based information outlet with 63,000 searches per second, 3.8 million per minute, and 5.8 billion searches a day. So, what is the problem?

Google searches today are not neutral, free, unbiased, or random. This is how it works.

Form and content or two distinctly different aspects of technology. Google’s form is a stunning accomplishment of user-friendly accessibility – just type in your question or concern and immediately receive multiple answers and source materials. Google content is astonishing in a very different way.

In a shocking two-minute video produced and filmed on location by Hay Festival for BBC Arts Digital 2019, Carole Cadwalladr inadvertently exposes the alarming content issues involved in a simple Google search. Cadwalladr, an investigative journalist, became famous in 2018 when she exposed the Facebook-Cambridge Analytica data scandal.

She begins by relating a humorous exchange between herself and a friend who remarked, “I didn’t know that you were fifty!” Carole responds, “I am not fifty! I am forty-seven – there is a big difference.” He insists, “But Google says you are fifty!” She decides to explore why there is factual misinformation about her on the Internet.

Her investigation begins as she decides to type in a controversial single word – Jew. She starts to format the search word into a question “Are Jews …” and Google auto-completes the question “Are Jews evil?” Without even pressing return, the screen fills with an entire page of results, every single one answering, “Yes, Jews are evil.” At the bottom of the page were suggested search terms. The first one was, “Did the Holocaust happen?” Carole clicks on it and the screen populates with articles that deny the Holocaust in every single case. The top result was the Nazi website Stormfront. Top results are determined by page rank – we will get to that later.

What caught my attention beyond the staggering antisemitism in the search result, is Carole’s comment that Google searches are machine learning. The machine reads the websites and then deduces things. WHAT???

Machine learning is artificial intelligence – like a human brain, the machine processes the information it is programmed with. Whoever controls the information controls the society. I have written extensively about the propagandized Pearson Education textbooks and programs that indoctrinate American students to be anti-American, pro-globalist, anti-Christian, antisemitic, pro-Muslim, collectivists. Google searches are exponentially worse because its information and misinformation are disseminated worldwide 63,000 searches per second, 3.8 million per minute, and 5.8 billion searches a day.

Google is a multi-billion dollar globalist enterprise and the potential medium for social engineering in the 21st century.

Google searches are easily designed to manipulate the public with their globalist narrative. How would it work?

Consider the seriousness of Carole Cadwalladr’s experience. Anyone who Googles the word Jew is inundated with antisemitic propaganda validating the most vicious politically motivated lies about Israel and the Jewish people. In an earlier article, the Political Purpose of Anti-Semitism, I discuss how the political purpose of anti-semitism is to galvanize support for a political movement during times of social and political upheaval. The political movement that Google supports is Globalism.

I have discussed Globalism at great length, but its defining distinction is this:

“The word globalism is often used in its narrowest context to mean global trade, which obscures its broader political intention to internationalize nation states and ultimately impose one-world government.”

The globalist elite unapologetically envision a new world order that restructures the world into one world community with one world nation, one world currency, one world flag, one world language, that are imposed under the auspices of the United Nations and ruled by themselves, of course. United Nations initiatives like its Agenda 2030 promote this restructuring with glorious promises of a better life for all. The 17 sustainable goals articulated in the documents expose the plan to loot industrial countries, particularly the United States, and redistribute US wealth to non-industrialized countries to make the world a more “just and fair place.” REALLY??

The algorithms that control Google searches are easily altered to manipulate Americans with disinformation and misinformation designed to achieve Google’s globalist goal of one-world government. The possibility exposes the mass social engineering potential of Google and why its content must be monitored. The antisemitic search results are a case in point that demonstrates the frightening ease with which disinformation can be distributed and then changed with the stroke of a computer key.

To understand the simplicity of content manipulation it is helpful to understand how Google’s search engine works.

An eight-minute short video presentation explains the basics. When the machine is asked a question (Google search) it reviews (crawls) the available sites and databases on the Internet. It indexes the information, analyzes the data, ranks the information and then provides an answer to the search in a matter of seconds. Very impressive. How is that even possible?

Page rank (the more people who link to you)) + reputability (legitimacy of site) = page rank order. Page rank order determines what site will appear first as the answer to a Google search. That is how the Nazi website Stormfront appeared first in Carole’s Google search.

Blogger Neil Patel provides an easy-to-understand overview of Google’s search engine information retrieval system. Patel explains the basics and tells us that Google co-founders Larry Page and Sergey Brin were concerned about content legitimacy, authoritativeness, and relevance from the very beginning. He provides the link to their January 29, 1998 abstract, “The PageRank Citation Ranking: Bringing Order to the Web.” This abstract proposes the use of PageRank, “a method for computing a ranking for every web page based on the graph of the web.” Google was actually built as a platform to demonstrate the value of PageRank.

So, twenty years ago young Page and Brin, developed a search engine model to crawl the Internet and provide search answers that would be legitimate and authoritative. So far so good. What happened?

The Google startup business that Page and Brin founded in a Menlo Park garage in 1998 is now a $791 billion behemoth and the primary information provider to Internet users worldwide. The problem, of course, is the platform content. Google is curating content based on its globalist elite objective of one-world government. Its blatant political bias is evident in any search.

A simple Google search of Hillary Clinton is a laughable portrayal of her as an exceptional politician, diplomat, lawyer, writer, and public speaker – no mention of her political malfeasance in the Benghazi affair, her illegal basement email server, or the corrupt and now defunct Clinton Foundation. Why does this matter? It matters because people still believe that Google searches are factual and unbiased.

Google’s ability to manipulate public opinion through its curated content makes Google capable of influencing elections and world events. It is truly a staggering level of social control concentrated in the hands of a few corporate globalists. Just imagine the difference in Google content if it embraced an America-first mentality determined to protect American interests, American sovereignty, and American independence.

The humanitarian hoax of neutral Google searches is an end-run around free speech that seeks to indoctrinate and propagandize Americans to accept the fiction that one-world government will bring peace and justice to the world. Any system of governance that can stand on merit does not require the sins of omission, commission, censorship, advertising cartel alliances, or the curated content that Google delivers daily with 63,000 searches per second, 3.8 million per minute, and 5.8 billion searches a day – 7 days a week, 365 days a year.

Establishing a new world order of one world government is a long-term strategy, and time is on Google’s side. Americans who want a free, sovereign, independent America must understand the globalist goals of biased Google content and always consider the source of its search results. It is time for Americans to become concerned about Google’s content legitimacy, authoritativeness, and relevance. Google’s curated globalist content is not neutral – it is the enemy of American sovereignty and independence.

America-first President Trump has defined his priority as Americanism. Google supports leftist Democrats and has defined its priority as globalism. Election 2020 will define the future of America. Be careful who you vote for.