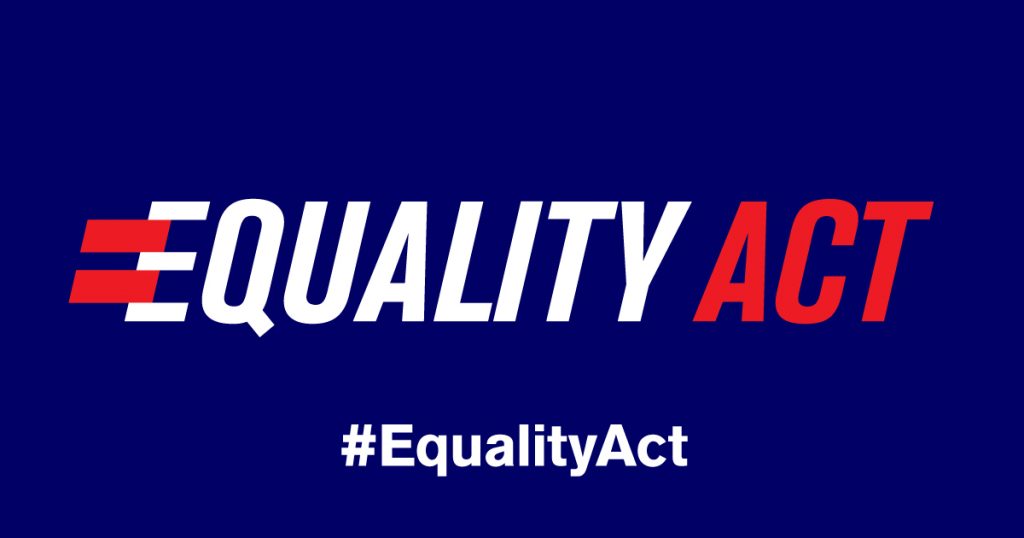 The Equality Act “updates” the definitions of three terms: sex, sexual orientation, and gender identity, and “expands” the categories of public accommodations. On May 17, 2019 H.R. 5: Equality Act passed the Democrat-controlled House with unanimous support from Democrats plus eight Republican votes. Next, it goes to the Republican-controlled Senate for consideration. Why the partisan split?

The Equality Act seeks to amend and expand the expressly recognized “non-discrimination” categories in the 1964 Civil Rights Act. The Civil Rights Act was designed to provide equal protection under the law to African Americans and to women in 20th century America making it illegal to discriminate against them based on race, ethnicity, or gender. In 1964 the word “gender” was specifically understood to mean male or female in the biological, chromosomal, colloquial sense of the word. In the 21st century, the leftist Democrat party is selling sameness as equality and feelings as facts – they are not the same.