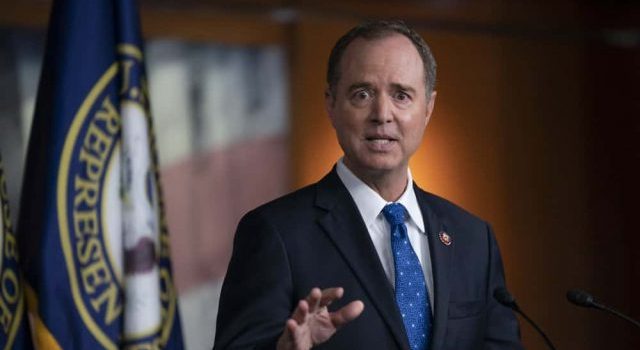 Name [will be held absolutely confidential until it’s necessary we leak it]:
Email address:
Cell number:

Type of Complaint:
Note: if the nature of your complaint has to do with Trump’s tweets, please use form TDS-69.9)
Trump executed Muslims and put alligators in the Rio Grande to bite border-crossers
I am repulsed by Trump’s tweets
I’d like to find a way to stop Trump, can you connect me with a New York Times reporter
Adam Schiff is an inspiration, I would like to help him however I can
Orange Man Bad
Trump is investigating the origins of the 2016 Russia hoax
I’ll come up with something, trust me

Are you now, or have you ever been, a member of the media?
Yes
Yes

Are you, or have you ever been, a Democrat member of Congress or a Staffer in Congress?
Yes
Maybe

Are you a firsthand witness to the acts described in the complaint?
As far as you know
Maybe
No, but I stayed in a Holiday Inn Express last night
Sure

Loyalty Test #1:
If Trump Were drowning in a swimming pool and you could jump in and rescue him, would you?
I would jump in with large rocks and place them in his shorts
I would wave goodbye while whispering ‘buh by’
I would call 9-1-1
I would call 4-1-1
None of the above

What is your party affiliation?
Democrat Party
Green Party
Communist Party
All of the above

How did you first become aware of the complaint?
I heard it from a friend, who heard it from a friend
I leaked it to The New York Times, and they reported it, so I could cite it in my complaint
Adam Schiff told me, verbatim, what the President said and did
I received an encrypted email from John Brennan, who seems very anxious of late
During the course of doing the New York Times crossword puzzle, the conspiracy became obvious to me

When Donald Trump won in 2016, what was your first reaction?
I knitted a pussyhat
I screamed at the sky
I started shredding documents
I called James Comey and asked him what to do about our failed coup attempt
I began plotting his impeachment

If Biden Warren Clinton were to win in 2020, would you ever file a whistleblower complaint against that administration?
No
Hell, no
I’m with her

Under penalty of running afoul of AOC, Tlaib, Omar, Pelosi, Schiff and Nadler, I assert that the prior answers are truthful to the best of my knowledge, so help me Gaia.