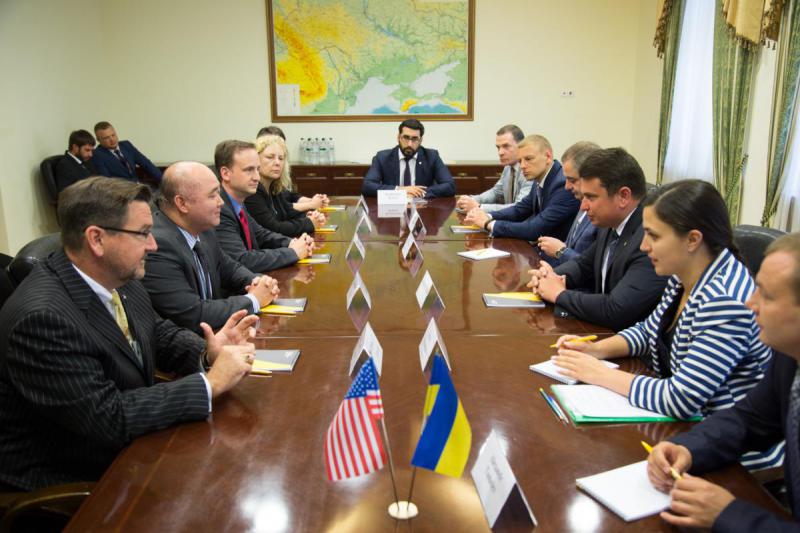 It is said to be the largest bank theft of the 21st Century. Did FBI Director Wray brief President Trump on this prior to the contentious phone call with Ukraine President Zalensky? You can bet members of Congress know this as well giving plenty of reasons to delay the transfer of military assistance until a condition report was provided.

Congressman Nunes issued a letter to Chairman Schiff seeking approval of the Republicans’ witness list during the impeachment inquiry. The list is pretty good and most interesting is Nellie Ohr, the wife of Bruce Ohr who worked with Fusion GPS using Ukraine as a channel.

Good, this list is a great start but hardly complete. There should be at least ten more on the list, yet Congressman Nunes may be holding back on additional names so as not to interfere or complicate John Durham’s work.

The matter of the impeachment operation managed by Speaker Pelosi has now centered on a quid pro quo scandal that bubbled to the surface as a result of at least three whistleblowers reporting on President Trump’s phone call with Ukraine President Zelensky asking for a favor with regard to the Bidens and holding back military aid. Obama essentially held back requested military aid to Ukraine by not fulfilling the country’s request for military weapons, rather Obama only provided night-vision goggles, radar equipment and MRE’s. President Trump allowed the real request to finally move to Ukraine which included Javelin missiles. So, ignore all that, because President Trump is NOT the first President or American politician to request foreign assistance for political purposes by far.

Further, the matter of investigating the Bidens and Burisma was underway long before VP Joe Biden announced his candidacy for president.

Two channels of concern are important here and they include the Obama administration infecting the US election process by using Ukrainian-American Alexandra Chalupa who was a contractor for the DNC. She visited the Obama White House 27 times according to visitor logs. At least one of her missions was the plot against Paul Manafort. Another channel involved the matter of corruption in Ukraine. Beyond the matter of the Obama administration merging USAID with Burimsa to advance energy business in Ukraine, which was later stopped due to corruption, there is a much larger scandal that has been in the works for many years and it regards billions stolen from Ukraine. You read that right, BILLIONS.

Over the next two years, the National Anti-Corruption Bureau of Ukraine (NABU) and the Federal Bureau of Investigation (USA) (International Corruption Unit) will cooperate in investigations related to money laundering, international asset recovery and Ukrainian high-level officials’ bribery and corruption. This is stated in the Memorandum of Understanding between the NABU and the Federal Bureau of Investigation (FBI), which was signed on June 29,2017, by the NABU Director Artem Sytnyk and the Head of the FBI Criminal Division Matthew Moon.

The abovementioned Memorandum was signed in continuation of cooperation launched last year when in June 2016, the Parties agreed to support each other. Thanks to the cooperation of the FBI and the NABU, the employees of the Special Operations Department of the NABU had the opportunity to train the skills of possession of weapons in conditions of physical and mental load, speed and accuracy of shooting, tactical training, identifying of the real goal and a potential threat, adopting competent tactical decisions in stressful situations.

Since February 2016, the representative of the FBI has a permanent Office in the NABU and jointly with the NABU Detectives works on the execution of international requests and controls their passage through the competent authorities of the United States of America.

Also, on June 19, 2017, the NABU Detectives in cooperation with the FBI detained 7 persons involved in demanding and receiving an improper advantage for the illegal lobbying of interests of a foreign company in amber mining in Ukraine.

As a part of a new Memorandum the NABU and the FBI will exchange the information, conduct trainings and joint investigations of the corruption offences. The Ambassador also informed Director Sytnyk that the International Narcotics and Law Enforcement Affairs Section of the Embassy (INL) will provide U.S. Special Weapons and Tactics (SWAT) officers to train with NABU’s tactical officers on the execution of high-risk warrants and other tactical law enforcement operations.

In addition, Director of NABU told US Ambassador about plans to create a criminal laboratory for electronic devices and data carriers, equipment for which will be provided by British partners in the nearest future. Ambassador Geoffrey R. Pyatt said that FBI employees have a unique experience in decoding, and data recovery, and expressed readiness to further support the Bureau in implementing new technologies in investigations.

It should be reminded that the FBI with the support of the US Embassy to Ukraine provided the NABU`s Department of analysis and data processing with the equipment for criminal proceedings documents digitalizing.

Speaker Pelosi and Chairman Schiff are essentially covering for Biden and Obama. Remember, Biden tells us he does not need nor has he asked for Obama’s endorsement. Consider, the plot against Supreme Court Justice Brett Kavanaugh was a large mobilized operation that failed, the choreographed operation against candidate Trump failed with the Russia collusion operation as noted in the Mueller report. This impeachment plot against President Trump is actually a good thing for America (while boring and tedious) and is soon to show how the nasty underbelly of Washington, DC actually works against a duly-elected president and against Republicans. This too will fail, so be patient, we will have a trifecta of failed plots against Republicans. Take notes and then vote accordingly.